WAY back in 1904, my great-grandad snapped the opening of the Grand Pier in Weston-super-Mare.

His pics show well-dressed Edwardians waiting to walk the decking and visit the pier’s 2,000-seat theatre.

It was a momentous occasion and he sold his prints as early picture-postcards.

This is the first mention I can find of our family’s tradition for trips to the Weston seaside.

A good dose of nostalgia and looking back to happy moments helped many of us through lockdown.

I ditched my usual summer holidays on the French Atlantic coast to avoid quarantine and opted for a staycation to Weston-super-Mare.

Along with thousands like us, my family have been heading here since 1841, when the railway opened – bringing daytrippers and visitors from all over, particularly from the Midlands.

A generation on, my grandad’s 1922 guidebook describes Weston as “one of the healthiest towns in England”.

It encourages breathing in sea air that’s “impregnated with iodine” from the “enormous stretch of furrowed mud” that gives the town the nickname of Weston-super-Mud.

My nan and grandad chose to spend their honeymoon here during the war.

Later, my mum booked us a holiday apartment opposite the Grand Pier.

As kids, the pleasure pier lured us in with the sweet smell of candy floss, its flashing lights and the tantalising clatter of 2p coins.

That pier burnt down and a new Grand Pier opened in 2010.

Covid safety measures are in place and most attractions on the pier are open, aside from the soft-play area.

Restaurants, cafes and takeaways are up and running after temporary closure, with new outdoor seating areas dotted throughout the town.

Along the beach, even the deckchairs are distanced and the public loos are open, although you need a 20p coin to spend a penny.

Across the road from the pier, my memories of rainy days come flooding back at the outdoor crazy golf.

I remember rain lashing down as I pulled up my cagoule sleeves to plunge my arm into flooded holes to retrieve sunk putts.

I half-expected the old course to be closed but it is still there, open rain and shine.

And the lighthouse gleams with a new lick of paint.

The donkeys have been around for donkey’s years too.

In 1886, William Mager brought donkeys for rides after spotting them carrying fish.

The tradition is passed down through a number of Weston families.

Due to Covid, you are asked not to pet the animals but rides are still running.

At the old seafront Tropicana pool, the actress Diana Dors – a distant cousin of mine – won third place at a beauty pageant in 1945.

The abandoned lido featured as the location for Banksy’s 2015 Dismaland exhibit is now filled with funfair rides.

A few Victorian icons are sadly no longer open.

Shaped like a giant sandcastle, the beachfront Grand Atlantic Hotel closed in May as a result of the pandemic.

In the early 1900s, Birnbeck Pier attracted huge crowds with its fairground attractions and even an ice rink on its tiny island.

Back in the Seventies, my family spent Sundays fishing from the Old Pier here.

Even then, the island was in disrepair. 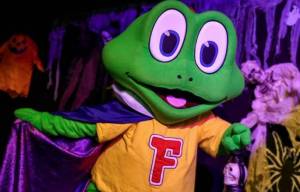 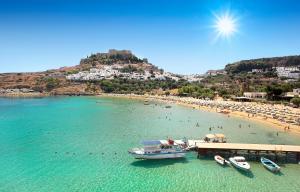 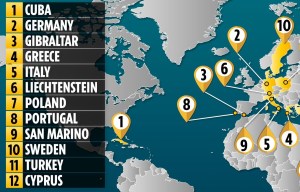 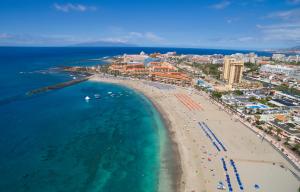 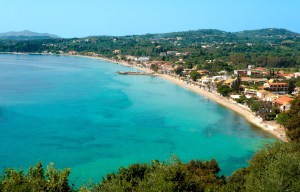 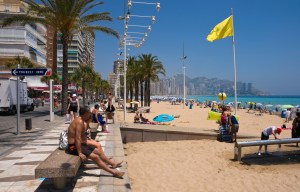 The pier closed in 1994 and its deck boarding has since disintegrated.

But in lockdown the council voted to buy it from its current owners.

While the tide goes out a long way here for some, it always comes back in . . . bringing with it a fresh wave of visitors whose families have been coming for generations.

Ozil posted a GIF of himself at work in the office: Forward, Arsenal
The Slovenian youth team wants to expel the tyrant coach: he is Against warm-UPS, forbids sleeping on planes and celebrating goals
Ozil on the rapid match: I'll support Arsenal at the TV. I bet on a 4-1 win
Alexey Miranchuk: It's nice to be Back in the game. We continue to work 🤙 🏻
Liverpool will deliver food packages to families in need during the school holidays
UEFA reprimanded Karabakh in a military salute on a match of League of Europe
The Messi Foundation won a lawsuit against the ABC newspaper. They wrote about the organization's tax fraud
Source https://www.thesun.co.uk/travel/12772679/weston-super-mare-grand-pier-staycation/