ANT McPartlin was a picture of happiness as he left his office with girlfriend Anne-Marie Corbett ahead of tonight's National Television Awards.

Ant, who is tipped to win another NTA gong tonight, wore a navy shirt and jeans while Anne Marie was pictured in a vibrant pink shirt underneath a plain jumper.

Earlier this month it was reported that Ant "wants to move on and be happy" with Anne-Marie after giving ex Lisa Armstrong £31million in a divorce settlement.

The Sun revealed how the ITV host gave over half his £50million fortune to Lisa in order to settle the bitter legal battle.

But Ant is now determined to live his life with girlfriend and personal assistant Anne-Marie.

"It's all about her now. He just wants them to be happy," a source close to Ant told The Mirror.

This came after Ant settled the divorce in a face-to-face meeting in London - making it one of the biggest celebrity divorce settlements in British history.

A source close to both sides told us: "They both decided they wanted it resolved."

Ant was reportedly "delighted" after agreeing to sign over half his fortune, including the couple's £5million former marital home in West London.

Lisa is not expected to be entitled to his future earnings, though no side has signed a confidentiality agreement.

They have agreed to share permanent custody of their beloved Labrador Hurley - as they could not live without him.

The source added: "Ant and Lisa agreed to settle and sign their divorce agreement during a productive and civil meeting on Tuesday.

"Ant made a very generous settlement that works out to be more than half of everything that he has.

"He is delighted because it means he can put what has been a very difficult chapter in his life behind him and move on.

"For Lisa, the start of a new decade gave her a fresh mindset. It’s been tough but it’s time to move on.

"They both decided they wanted it resolved.

"There was no acrimony and both of them walk away contented."

They both attended crunch negotiations in Central London with their lawyers and the talks went better than anticipated.

The insider continued: "The meeting was pre-arranged. No one expected it to be sorted so easily because it has been hurtling towards court.

"It will take a few weeks to tie up all the loose ends and a decree absolute will be issued in a few weeks.

"But it is a done deal. Ant has done the right thing and given her more than people often agree to give in order to properly move on.

"Neither of them could keep living with something so toxic hanging over them."

Ant and Lisa split in January 2018, just five months after he left rehab. The pair married in 2006.

The star faced a two-year battle with addiction to super-strong painkillers following a knee operation, as well as a battle with booze.

The Sun also revealed in June 2018 that Ant had found love again with his personal assistant Anne-Marie Corbett, 43.

She had supported him following his drink-drive arrest in March of that year, for which he was fined £86,000 and given a 20-month ban. In August, she moved into Ant’s new £6million home in South-West London. 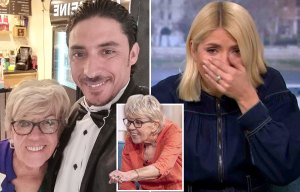 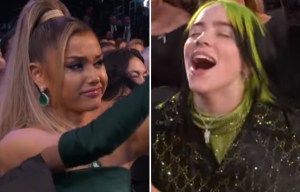 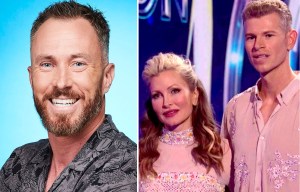 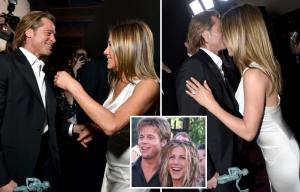 She also joined him in Australia before Christmas for his return to I’m A Celebrity alongside co-host Declan Donnelly, 44.

Ant praised his new love in an exclusive interview in The Sun, saying: "She’s been my rock. She’s a beautiful soul... She is the most wonderful true woman.

"We were going through turmoil. It was the last thing on either of our minds to get into a relationship.

"But there we were and we were like, ‘This felt so good, why deny it’?"

Ant McPartlin to give ex-wife Lisa Armstrong £31m in massive divorce settlement – over half his £50m fortune
Source https://www.thesun.co.uk/tvandshowbiz/10840044/ant-mcpartlin-smiles-girlfriend-anne-marie-nta/

Brakes are off for popular Bike Station

French police turn back private jet of holidaymakers from UK

The Easter Sunday roasts you can get delivered to your door

Council challenged to take tougher action in fight against litterbugs

What the rules say about sunbathing during lockdown