ANGELINA Jolie and her ex Jonny Lee Miller are reportedly "just friends" despite her late-night visit to his NYC apartment last week.

The Academy-Award winning actress recently celebrated her 46th birthday with a trip to New York alongside her six children.

Angelina has reportedly remained close friends with her ex Jonny, 48, despite divorcing in 1999.

A source revealed to People that although the actress was spotted on a late-night visit to the home of her ex-husband, the two are "just friends."

They explained that British actor's son Buster is close friends with Angelina's son Knox, and that the boys were both present for the evening.

The Maleficent star whisked her children away to the city that never sleeps for a week of celebrations as she turned 46.

"The kids are growing up and are so close," the insider told the outlet.

"They were out to museums and dinner with each other through the trip and had a nice time."

A rumored romance with Jonny was sparked last week when the mother of six was seen visiting her ex's Brooklyn apartment with a bottle of red wine.

According to a bystander, she left the building at 10:30 pm, and the next morning the actor was seen out on a jog in the rain.

The duo met on the set of their movie Hackers in 1995, and married six months later with only her mom and one of his friends in attendance.

Angelina was only 20 years old at the time, and wore leather pants and a tee-shirt with his name written in her own blood.

She later explained their relationship: "We both proposed to each other and both had questions to ask.

"I wondered if we should stay engaged for a while since he was going to be in Britain and I would stay in LA. But we went for a quick wedding.

"I went in black leather pants. I had pants with a zipper that goes back to front. He stuck a veil on me at the last second and put a garter on the pants."

After only one year of marriage, they separated and later divorced in 1999, but remained close friends over the years as the choice was made amicably.

However, their divorce and custody war dragged on for years as they argued over their assets and children. 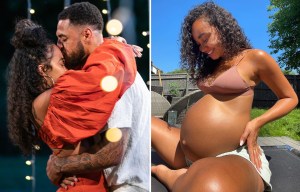 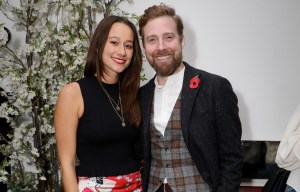 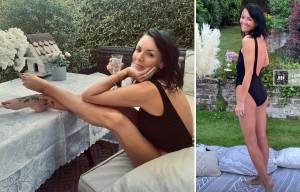 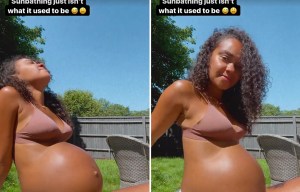 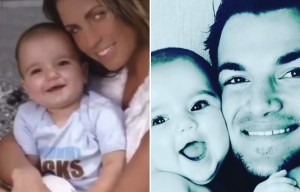 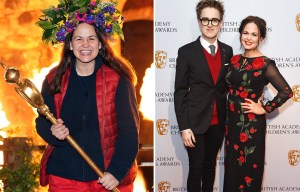 A judge just recently ruled that she and Brad will share joint custody of their five minor kids, not including Maddox who is now 19.

The ex-couple have been at war since their 2016 split, as the actress worked to have full custody of their kids after allegations that her ex was "abusive" to their son Maddox on a private flight from France to the US.