Andrew Marr has claimed that The Crown’s dramatisation of the royal family is “grossly unfair and sadistic”.

The historical drama returned to Netflix earlier this month, with the new season focusing on the relationship between the Queen (Olivia Colman) and newcomers Lady Diana Spencer (Emma Corrin) and Margaret Thatcher (Gillian Anderson).

However, the show has come under criticism for featuring a number of fabricated plotlines, including one suggesting that Charles (Josh O’Connor) continued his affair with Camilla Parker-Bowles (Emerald Fennell) throughout his marriage to Diana.

Speaking to The Sun, TV presenter Marr said: “If they announced, ‘This is drama, it’s fiction, it’s entertainment’, you would say it’s brilliant.

“But when you start to say, ‘This is the truth about these people’s lives’, it’s grossly unfair and really quite sadistic. It’s so convincingly acted people may think it’s the truth, and it isn’t.” 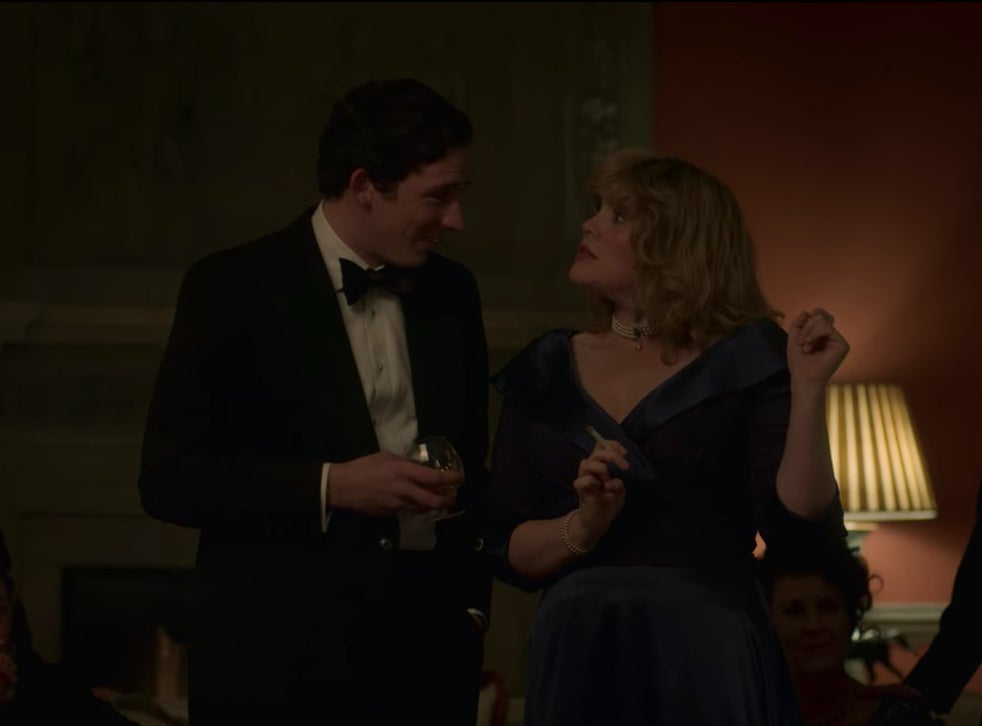 Charles and Camilla in ‘The Crown'

Marr added: “If I was one of the Royal Family, I would be utterly, utterly horrified.’

In the wake of The Crown season four airing, the Duchess of Cornwall has received an influx of online abuse, with a photo shared on the Clarence House Instagram last Friday (20 November), receiving thousands of comments from irate Crown fans.

The series’s creator Peter Morgan has spoken out recently in defence of the decision to invent a fictitious exchange in which Lord Mountbatten (Charles Dance) condemns Charles for pursuing Camilla romantically.

Morgan said: “In my own head I thought that would have even greater impact on Charles if it were to come post-mortem, as it were.

“I think everything that’s in that letter that Mountbatten writes to Charles is what I really believe, based on everything I’ve read and people I’ve spoken to, that represents his view.

The Crown is available to stream on Netflix now.

Ronaldo: Real Madrid made a mistake by letting Hakimi go. Sometimes I say to myself: Imagine yourself and him - we would move at a good speed
Barcelona would not consider Messi's participation in the game with Athletic if it were not for the trophy match
Jurgen Klopp: Manchester United are now flying forward and we have difficulties. But we are not so far from the top of the form
Klopp on hugs: If it was a threat to the players' health, we wouldn't do it. The pitch is a safe place
Mourinho to Bale in training: Do you want to stay here or go back to Real Madrid and not play football?
Paul Pogba: The match against Liverpool will be a battle. Manchester United need to keep calm
Roten on Mbappe: He's getting worse with his teammates. When Kylian is successful, he is like Ronaldo
Source https://www.independent.co.uk/arts-entertainment/netflix/the-crown/the-crown-andrew-marr-fact-fiction-b1760829.html

Pensioner fighting for life after being stabbed in broad daylight

Great-gran, 62, who handed out face masks at hospital front door dies from Covid

Jenny Powell stuns fans as she introduces her look-alike daughter

March for Life asks its supporters to stay home this year