BODYCAM footage of Andrew Brown Jr's death has been revealed as cops said the fatal shooting was "justified" as he "ignored commands and drove at an officer."

Brown, 42, was shot and killed by police in Elizabeth City, North Carolina last month while at the wheel of his car in his driveway.

Deputies had been serving drug-related search and arrest warrants at the time of the shooting.

The Pasquotank County District Attorney said on Tuesday that Brown had been selling heroin laced with fentanyl and cocaine.

Bodycam footage of the fatal incident had not yet been released by police.

However, today the attorney showed both stills and live-action footage of the incident, that was taken just before 8.30am on April 21.

Four armed officers could be seen walking towards Brown's vehicle, before the 42-year-old appears to drive towards them.

Several rounds of gunfire can then be heard erupting from the cops' weapons.

The car then appears to come to a stop a few miles away, before Brown is pulled from the car as another officer asks for EMS to be called to report "gunshot wounds."

The news comes just weeks after a judge decided not to publicly release the footage.

Attorneys for the Brown family said they were "deeply disappointed" by the decision" adding that "video evidence is the key to discerning the truth."

District Attorney Andrew Womble told the judge that he had viewed the footage and disagreed with characterization by attorneys for the family of Brown Jr. that his car was stationary when the shooting started.

Womble claimed the footage shows Brown's car making contact with police twice before two shots could be heard ringing out in the video.

"As it backs up, it does make contact with law enforcement officers,' he said, adding the car reportedly stops again.

"The next movement of the car is forward. It is in the direction of law enforcement and makes contact with law enforcement. It is then and only then that you hear shots."

Womble argued that body camera video from the shooting - a portion of which was shown to the family at the time - should be kept from the public for another month so that state investigators can make progress on their probe of the shooting.

The hearing comes amid pressure on authorities to release the video and calls for a special prosecutor to take the state’s case over from Womble.

On Tuesday, Brown’s family released an independent autopsy showing he was shot five times, including in the back of the head.

The FBI’s Charlotte field office, which opened the civil rights investigation into Brown’s death, said in a statement Tuesday that its agents planned to work closely with the Department of Justice “to determine whether federal laws were violated.”

The independent autopsy was performed Sunday by a pathologist hired by Brown’s family.

The exam noted four wounds to the right arm and one to the head. The state’s autopsy has not been released yet.

The family’s lawyers also released a copy of the death certificate, which lists the cause of death as a “penetrating gunshot wound of the head.”

The certificate, signed by a paramedic services instructor who serves as a local medical examiner, describes the death as a homicide.

On Monday, an attorney for the Brown family, Chantel Cherry-Lassiter, said that officers opened fire on Brown while he had his hands on the steering wheel of a car.

Contrary to Womble's assessment, Lassiter said the video showed Brown trying to drive away but posing no threat to officers.

The judge overseeing Wednesday’s court hearing on the video was considering petitions to release the footage, including from a coalition of media companies.

A law enacted in North Carolina in 2016 allows law enforcement agencies to show body camera video privately to a victim’s family, but it generally requires a court to approve any public release.

During the hearing on Wednesday, an attorney for the coalition argued that the world wouldn't have known what happened to George Floyd had the footage showing Derek Chauvin kneeling on his neck not been released.

Civil rights attorney Ben Crump, who viewed a shortened version of the footage, said the Brown family "does not feel" they're getting transparency.

"We only saw a snippet of the video where we know that the video started before and after what they showed the family," he said.

"They determined what was perfect - why couldn't the family see all of the video they only showed one body cam video even though we know there were several bodycam videos."

They also claimed that cops were "shooting and saying let me see your hands at the same time and he's complying."

Witnesses at the time reported hearing six to eight shots ring out after as deputy opened fire at Brown.

The father-of-ten suffered a fatal gun shot to the back of his head. 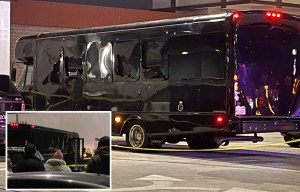 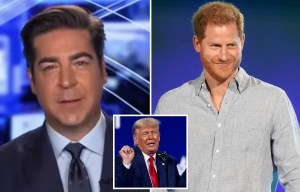 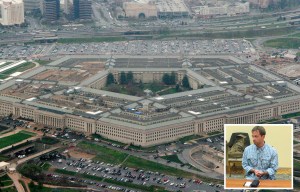 Inside Pentagon's secret army 10 times the size of CIA with 60,000 spooks 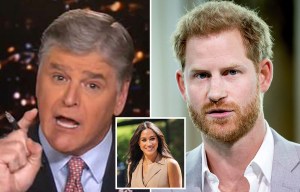 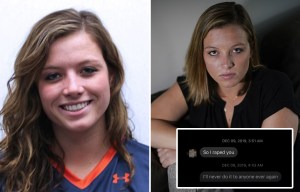 Attorney Crump described the fatal shot as a "kill shot to the back of the head" that "penetrated his skull and brain."

The gunshot allegedly caused skull fractures and did not exit his skull.