WE associate John Lennon with Liverpool and New York. But the tragic Beatle visited some surprising destinations during his eventful life.

Tuesday will mark the 40th anniversary of his untimely death in New York. Rob Crossan picks out the places around the globe where you can walk in John’s footsteps.

By 1969 John and Yoko were the most famous couple in the world.

Marrying in Gibraltar, they spurned a ­traditional honeymoon in favour of two “bed-ins” — at the Hilton in Amsterdam in March and the Queen Elizabeth Hotel in Montreal in May — which they described as “advertising campaigns for peace”.

They invited hundreds of journalists into their suites and Lennon also recorded Give Peace A Chance while still in his Canadian bed. Today, their Dutch room, now called the John and Yoko Suite, has the all-white look the couple adored.

The John Lennon Yoko Ono suite in Montreal (the hotel is now a Fairmont) has made much more of an effort.

Here “Hair Peace” and “Bed Peace” posters adorn the windows and there’s a collection of John’s favourite books, including Edgar Allan Poe and Alice In Wonderland.

Plus there is a rotary telephone and retro TV. Lift the receiver or switch on the box and you can see and hear interviews with John and Yoko from the time of their stay.

Sleeping with your hero won’t be cheap though.

The John and Yoko Suite at the ­Hilton Amsterdam is from £1,807 per night, see hilton.com, while at the Fairmont Montreal suite, a night’s stay is from £1,575, see fairmont.com.

In the final couple of years of his life, John was less reclusive than you might imagine.

Instructed by his numerologist Takashi Yoshikawa, who would tell him in which direction to travel to maintain good fortune, the ex-Beatle went on random solo trips around the globe.

In May 1980 John flew from New York to Cape Town, checking into the sumptuous Mount Nelson hotel as “Mr Greenwood”.

There, a guest complained about what they mistook for a vagrant sitting on the lawn.

In fact it was Lennon doing a yoga routine. Only two photos have been found showing John in South Africa, though it is believed he climbed Table Mountain.

The Mount Nelson, meanwhile, claims he was an exceptionally tidy guest, even making his own bed each morning.

Doubles at the Mount Nelson are from £245 (belmond.com).

When Lennon hung up his guitar in 1975 to to help bring up his newborn son Sean, he didn’t retreat entirely behind the walls of the Dakota apartment building in New York, where he was later gunned down on the steps outside.

Over consecutive summers from 1977 to 1979, he and Yoko embarked on lengthy trips to her home country of Japan, often staying in Karuizawa, a resort town an hour’s train ride from Tokyo.

They stayed in room 128 at the Mampei Hotel on one trip. The hotel still stands today and there is a resolutely traditional feel to its half-timbered lodgings.

The town has easy access to golf courses and ski slopes but back in the Seventies, the attraction that beguiled the Lennons was the “garden” of lava in nearby Onioshidashi, created by Mount Asana blowing its top in 1783.

Today you will find a series of thin paths tapering towards a gorgeous temple devoted to a female incarnation of Buddha known as Kannon.

By the early summer of 1980, Lennon’s creative mojo had started to return.

The ­couple sailed to Bermuda from Rhode Island on a yacht, nearly dying in ferocious storms en route.

John adored the Englishness of this overseas territory.

It was there he completed most of the songs that would make up his comeback record Double Fantasy and even the name of the album is inspired by a ­Bermudian flower. 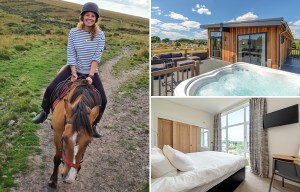 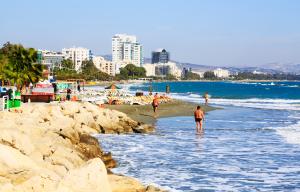 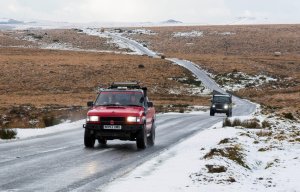 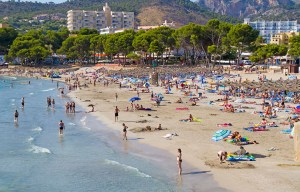 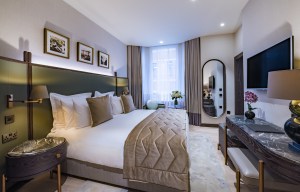 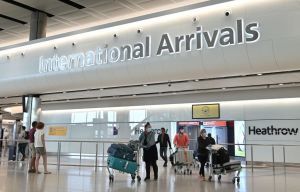 Today, visitors can tour the Masterworks Art Gallery where there is a sculpture dedicated to Lennon created by local artist Graham Foster.

Then they can stroll past the bars and clubs of Front Street where, in the summer of 1980, the sounds of band The B-52s blaring from the speakers inspired John to believe he could still teach the younger generation a thing or two about how to write a smash hit.

The minges can come in the start of Barca vs Elche. Desta has a muscle injury
West Ham are ready to extend the contract with Moyes. The club is 7th in the Premier League
Kovac on Golovin's 2 assists: I am very happy with his performance
Benteke could move from Crystal Palace to West Brom
En-Nesiri is the 1st Sevilla player in 81 years to score a hat-trick in 2 consecutive La Liga home games
Real Madrid coach Bettoni about 4-1 with Alaves: A well-deserved win. Zidane is very happy with the game
Benzema is about 4:1 with alavesa: a Good game is important for confidence. After a tough week, Real Madrid are on the right track
Source https://www.thesun.co.uk/travel/13390144/amsterdam-cape-town-places-walk-john-lennon-footsteps/