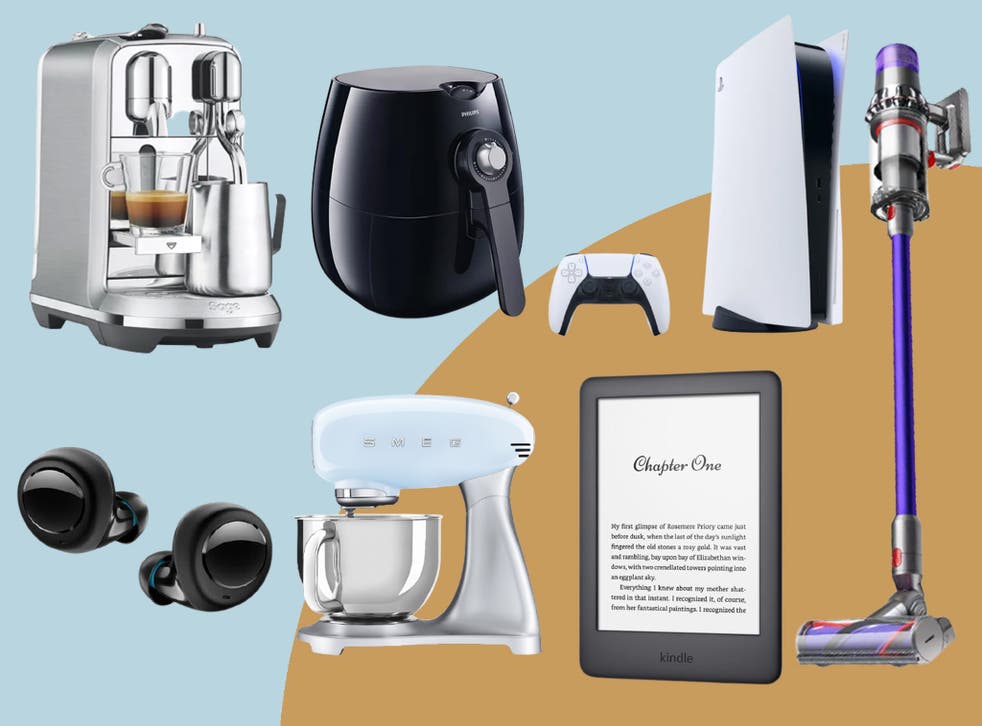 Amazon Prime Day 2021 is imminent, with just three days to go until you can bag yourself a bargain on everything from tech and laptops to games consoles to home appliances, toys and alcohol.

While 2020’s event was postponed from its usual July slot to October owing to the pandemic, this year the shopping bonanza will run earlier than ever before, taking place from Monday 21 June to Tuesday 22 June. So, it’s time to get your shopping lists ready.

For the uninitiated – but seriously, where have you been? – Prime Day is a two-day online sales event hosted by Amazon, where you will find a whole host of competitive deals on a range of big-ticket items from sought-after names including the online retailer’s own-brand products, Dyson, Shark, Sony and even Apple.

While many of the best offers are expected to be released over the course of the event, in true Amazon fashion it has already started dropping some early deals that you can take advantage of right now, including discounts on robot vacuums, TVs, wireless earbuds and video doorbells. Other retailers are also starting to get in on the bargain hunting, with Currys kicking off its own sale in the lead up to Amazon Prime Day.

To help you stay in the know, make sure to follow our live coverage here, where you’ll find everything from top tips on how to secure the best deals to tips on how to prepare and everything to expect, including the best early offers to snap up while you can. Happy shopping!

Our IndyBest team hand-picks every deal we feature. We may earn some commission from the links in this article, but our selections have been made independently and without bias. This revenue helps to fund journalism across The Independent.

Will there be a PS5 restock on Amazon Prime Day?

It’s the big question on everyone’s lips. Those who have been knees-deep in the PS5 restock ruckus will know how difficult it has been to secure one of Sony’s elusive consoles ever since it was first released in the UK back in November.

And, while last week, we were certain that there was no way Amazon would be restocking the PS5 on Prime Day, this week we’ve had a slight change of mind.

This is because Amazon is yet to release any consoles this week, despite Twitter stock trackers alleging the retailer had it in stock. Amazon has even listed a PS5 bundle with Ratchet & Clank (in an albeit in a rather basic way) on its website, in preparation for it going live.

To stay up to date with all the latest PS5 news, follow our dedicated live blog here:

After months of anticipation, the retailer’s two-day shopping bonanza is now just days away and the excitement is starting to build ahead of its arrival on Monday 21 June.

With so little time to go, we’re on hand to help you get prepared by sharing all the latest shopping tips and information as it happens.

But that’s not all – if you can’t wait until next week to snap up a deal, you’re in luck, because we’ll also be finding you the very best early Prime Day offers on everything from Apple products to TVs and so much more.

Thanks for tuning in!

It’s goodbye from us.

It’s been a busy day of confirmed deals and early discounts, as well as shopping tips and more – we hope you’ve enjoyed the early coverage! If you did, you’re in luck because we’ll be back tomorrow morning giving you all the latest sneak peeks ahead of the big day – Monday 21 June.

In the meantime though, read, bookmark and share our Prime Day guides:

Boasting 5G connectivity, a huge 6.9in QHD+ display, a 48-megapixel telephoto camera, a 108-megapixel wide camera and an incredibly detailed space zoom up to 100x, as well as a 40-megapixel camera on the front – it’s a no brainer really.

Want more early Prime Day 2021 deals? These are the best tech offers to snap up now:

These are the best Amazon Prime Day tech deals for 2021, including confirmed offers on Fire HD tablet, Apple, Samsung and more

Looking to get the latest PlayStation? Well, we do hope you’ve been following our PS5 restock liveblog, which has all the updates on drops as they come!

But the question on everyone’s lips at the moment is whether there will be a PS5 restock on Amazon Prime Day (Monday 21 and Tuesday 22 June) – something we’ve been discussing in our explainer on how to pre-order the console.

The likelihood that Amazon could drop its PS5 stock on Prime Day is looking increasingly likely. This is because Amazon is yet to release any consoles this week, despite Twitter stock trackers alleging the retailer had it in stock. Amazon has even listed a PS5 bundle with Ratchet & Clank (in an albeit in a rather basic way) on its website, in preparation for it going live.

For a more detailed explanation, read our piece here:

Amazon Prime Day 2021 is just around the corner, but will the retailer have a PS5 restock, and will it be on sale?

If you saw our previous blog post about the Ring doorbell (was £49, now £35, Amazon.co.uk) you’ll know its the brand when it comes to home security, so when we saw the Ring alarm five-piece kit (was £219, now £129, Amazon.co.uk) deal we just had to let you know.

Currently at one of its lowest prices ever, you can save a whopping 41 per cent on the security system. Oh, and just to be on the safe side, we checked its price at major retailers, including Currys and Ao.com, to see whether this really is a good deal – and we can confirm it is cheaper on Amazon than anywhere else!

The Ring alarm five-piece kit (was £219, now £129, Amazon.co.uk) is great if you’re looking to start making your home a little more secure. It includes a base station, which keeps your alarm system online and connected to your devices, a keypad to arm and disarm your alarm system, a contact sensor, a motion detector, and a range extender.

If you’re looking to up your home security, this really is the deal to snap up now.

If you’re anything like IndyBest’s executive editor, Eleanor Jones, you’ve been toying with the idea of investing in a pair of AirPods for years, but can’t quite stomach the £200 price tag.

As such, she’s put the Amazon Echo buds (was £119.99, now £49.99, Amazon.co.uk) on her Prime Day wishlist. She noted that these promise “comfort, style and reliability”, and we’re happy to inform you that they are already at their lowest price ever.

With top ratings on Amazon, we think you’re in safe hands with these buds. One reviewer said the “noise cancelling is exceptionally good” while another praised the “great sound quality” and “amazing battery life” after three days of heavy usage.

To read more about this early Prime Day deal, check out our helpful explainer:

As a little refresher, we thought we’d just fill you in on everything you need to know about Amazon Prime Day.

Amazon Prime Day’s discounts aren’t on offer to everyone who visits the site. Instead, they are exclusively for those who have an Amazon Prime membership.

Membership costs £7.99 a month or £79 for a year, and subscribers are eligible for perks including same-day delivery, over 800,000 free e-books and access to Prime Video and Amazon Music services.

Prime Day of course has not begun (we’ve got to wait until Monday 21 June for the action to start), but the joy of Amazon means it offers a number of deals and discounts early.

“With the Switch’s entire catalogue of original games, this is the ideal console for those looking to play while on the go”, he added.

As one of the most popular devices, we expect these will fly off the shelves come Prime Day, so snap this up now before it’s gone.

Garmin and Fitbit deals you can expect on Prime Day

Calling all fitness fanatics! Prime Day is the time to upgrade your tech and invest in a new Garmin or Fitbit watch because Amazon has just confirmed that it’ll be slashing the price of these brands in its two-day shopping bonanza.

The Garmin forerunner 45S (was £159.99, now £126.99, Amazon.co.uk) can monitor your heart rate, uses a GPS track your pace and distance intervals and has free training plans included. What’s more, connect it to your phone and you’ll receive notifications for texts and calls, just like you would with a smartwatch. An unmissable deal, especially if you’re into tracking your fitness.

Work to start on £14.7m transformation of road network in this Lancashire town