A spokesman for Iran’s civilian nuclear programme said an “accident” struck the electrical distribution grid of the Natanz nuclear facility, a day after the government announced it was starting up new uranium enrichment centrifuges.

Behrouz Kamalvandi announced the accident on Sunday, saying there were no injuries and no pollution. A mysterious explosion in July 2020 damaged Natanz’s advanced centrifuge facility, with Iran later calling the incident sabotage.

Iran had announced on Saturday that it had started up advanced uranium enrichment centrifuges at Natanz, in a breach of its undertakings under the 2015 nuclear deal, days after the start of talks on rescuing the accord.

The US had said on Friday that it had offered “very serious” ideas on reviving the hobbled agreement but was waiting for Tehran to reciprocate, something Saturday’s move signally failed to do.

President Hassan Rouhani inaugurated a cascade of 164 IR-6 centrifuges for producing enriched uranium, as well as two test cascades – 30 each of IR-5 and IR-6S models – at Natanz. The ceremony was broadcast by state television.

State TV aired no images of the injection of uranium hexafluoride gas into the cascades, but broadcast a link with engineers at the plant who said they had started the process and showed rows of centrifuges. 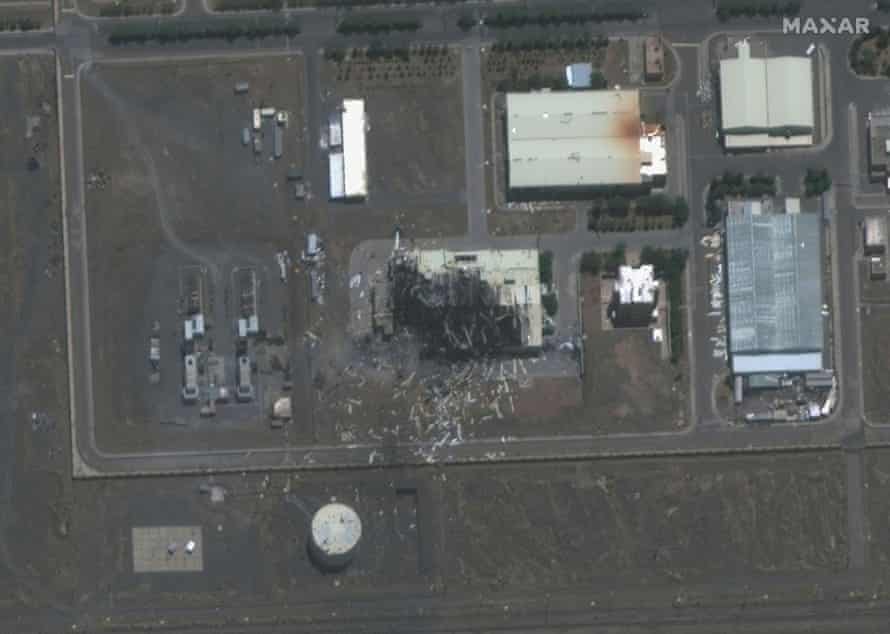 A satellite image of a building damaged by a fire at the Natanz facility last July. Photograph: Reuters

Rouhani also launched tests on the “mechanical stability” of its latest-generation IR-9 centrifuges, and remotely opened a centrifuge assembly factory to replace a plant that was badly damaged in last July’s “terrorist” blast.

The IR-9 centrifuge, when operational, would have the ability to separate uranium isotopes more quickly than the current centrifuges being used, thereby enriching uranium at a faster pace.

Under the 2015 deal between Tehran and world powers, Iran is only allowed to use “first-generation” IR-1 centrifuges for production, and to test a limited number of IR-4 and IR-5 devices.

Since January, Iran’s stockpile of uranium enriched to 20% purity has grown to 55kg, moving the country closed to weapons-grade levels.

Tehran denies it is pursuing nuclear weapons and says its nuclear programme is for peaceful purposes. Iran has blamed Israel for recent attacks, including the explosion at the Natanz nuclear facility as well as another one in November that killed top scientist Mohsen Fakhrizadeh.

Natanz was first targeted in 2007 by a cyber-warfare campaign known as Olympic Games that included the use of the Stuxnet computer virus, which scrambled code and led to the destruction of hundreds of centrifuges, among other damage. Israel and the US were thought to be the architects of the operation.

The US unilaterally withdrew from the nuclear deal in 2018 under then-president Donald Trump, who reimposed crippling sanctions on Tehran, which responded by stepping back from several of its commitments under the deal.

Trump’s successor, Joe Biden, has said he is prepared to return, arguing the deal had – until Washington’s withdrawal – been successful in dramatically scaling back Iran’s nuclear activities. 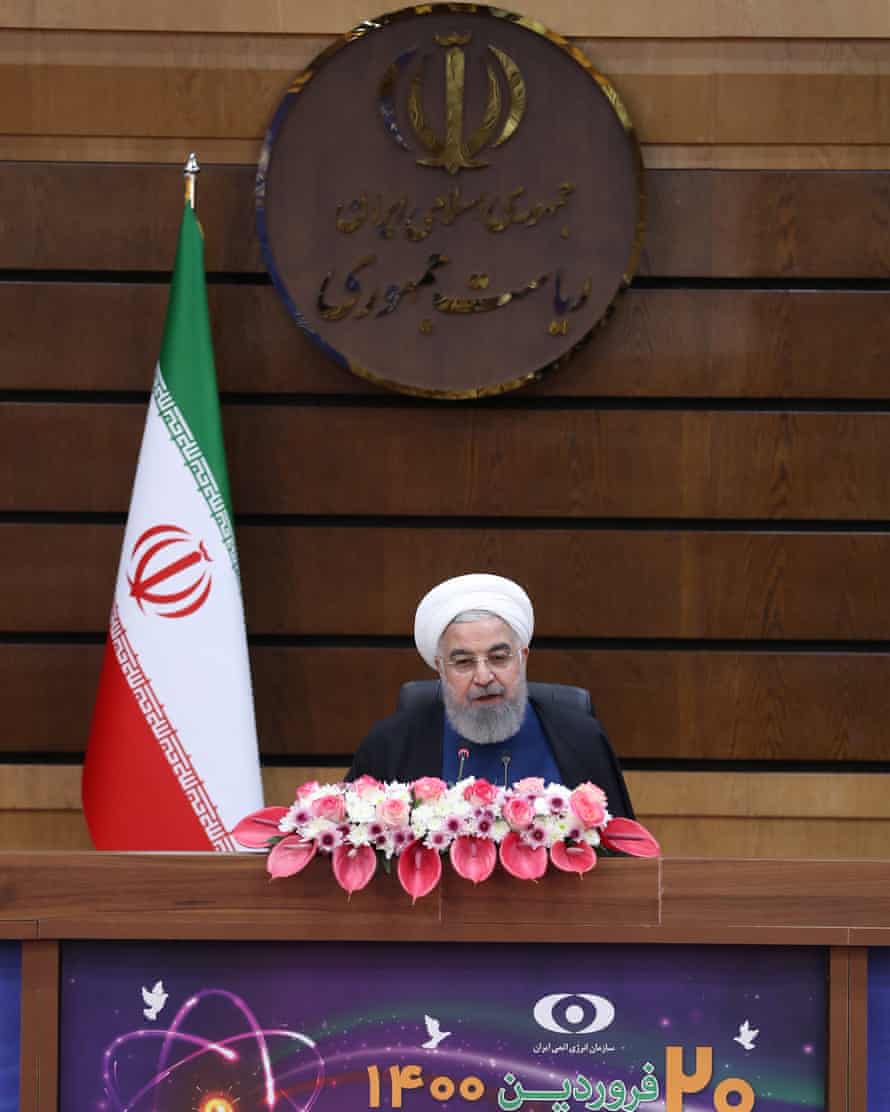 Iran’s latest move to step up uranium enrichment follows talks in Vienna with representatives of the remaining parties to the deal on bringing the US back into it.

The Vienna talks are focused not only on lifting the sanctions Trump reimposed, but also on bringing Iran back into compliance.

All sides said the talks – in which Washington is not participating directly but relying on the European Union as an intermediary – got off to a good start.

Iran has demanded that the US first lift all sanctions imposed by Trump, including a sweeping unilateral ban on its oil exports, before it falls back in line.

“The US – which caused this crisis – should return to full compliance first,” the foreign minister Mohammad Javad Zarif tweeted, adding that “Iran will reciprocate following rapid verification”.

Washington has demanded movement from Tehran.

But the official said the US was waiting for its efforts to be “reciprocated” by Iran.

The US official indicated the major stumbling block in the initial talks was not the order of compliance but rather which sanctions were under discussion, as Iran is demanding an end to all US restrictions.

With AFP and the Associated Press