The Queen’s granddaughter said her mother Sarah Ferguson helped inspire her to co-found The Anti-Slavery Collective in 2017. Sitting down with her charity co-founder Julia de Boinville, Eugenie spoke with the authors of Half The Sky, Nicholas Kristof and Sheryl WuDunn, whose work has explored the many issues associated with modern slavery.

She opened the video by saying: “Everyone welcome today, this is such an exciting day because we are talking to Nick and Sheryl, who are a powerhouse couple that Jules and I have been inspired by from the beginning of our talks in modern slavery and wanting to fight this cause.”

She added: “And you two wrote this book called, Half The Sky, which honestly -- Jules, you seem to think my mum gave it to us…”

Ms de Boinville, who attended Marlborough College and Newcastle University with the Queen’s granddaughter, explained Sarah Ferguson had given them a copy of the book.

“I think your mum gave us both a copy when we were about 21-years-old and it was after we’d been to India to visit a safe house, and the first time we’d learned about human trafficking, and this book really spurred us on and inspired us to set up The Anti-Slavery Collective, so this is a big fan girl moment for Eugenie and I.” 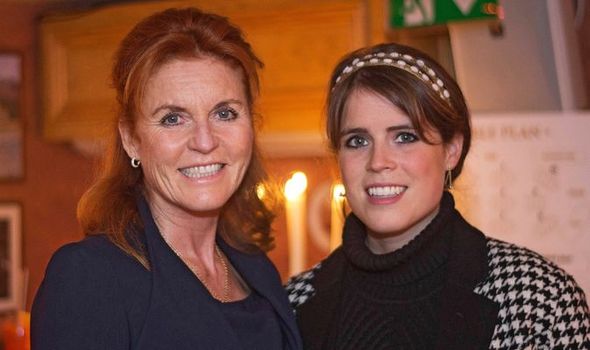 The charity was set up in 2017 after Eugenie and de Boinville spent five years learning about modern day slavery.

The Anti-Slavery Collective describes itself as an “independent collective whose mission is to bring change-makers together to raise awareness for modern slavery as a global epidemic.”

In a separate video on the charity’s YouTube channel, Eugenie said: “The Anti-Slavery Collective’s mission is to bring people together because together we are so much more powerful and we can effect serious change.”

But this was not the first instance where Princess Eugenie has helped victims of modern day slavery.

READ MORE: Prince Harry's fury at criticism: 'Why is everyone so miserable?' 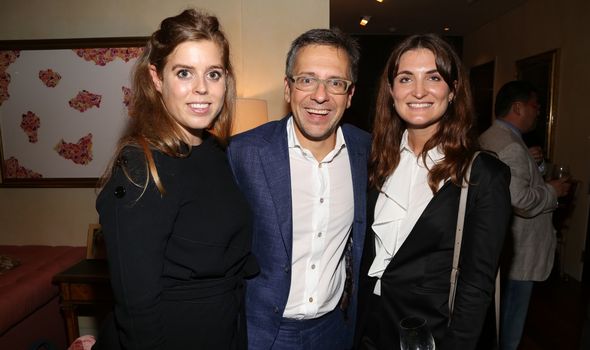 Alongside Fergie and Prince Andrew, Eugenie helped set up the Key to Freedom, a social enterprise initiative that helps connect products made by survivors of trafficking to markets, in 2012.

Nonetheless, following the outbreak of the coronavirus pandemic, The Anti-Slavery Collective took their work online.

In the last 16 months, the charity has hosted fifteen interviews, all of which can be found on the charity’s YouTube channel.

The most recent discussion with Kristof and WuDunn is a part of a series of interviews that will culminate on the World Day Against Trafficking in Persons tomorrow. 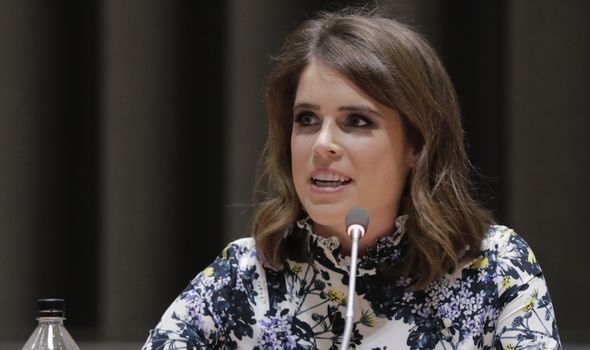 Princess Eugenie at an event for The Anti-Slavery Collective. (Image: Getty)

And it has been a busy year for Eugenie and her husband Jack Brooksbank.

The royal couple married in October 2018 and in February 2021 Eugenie gave birth to their first son.

Barcelona wants to give Coutinho on loan with the right to buy in the winter. Liverpool refused, Arsenal and Tottenham are Interested
Real Madrid is working on a new contract with Kubo. Madrid has rejected several offers from top clubs
Ashraf Hakimi: The Muslim community in Paris is one of the reasons for joining PSG. I knew that I would feel at home
Rüdiger is ready to move to Bayern. He wants to receive more than 10 million euros a year
Ashraf Hakimi: Playing with Messi is a dream. He is simple-minded, taciturn, I was amazed by his behavior
Koeman will not be fired in the next few days. The key matches will be 3-with Levante, Benfica and Atletico
Gerard Pique: Barca has 5 games with a two-day rest. Champions League, match with Atletico. We are people

Food and stock shortages not experienced by most shoppers, survey suggests

Why does Jeremy Bamber maintain his innocence?

How Arsenal could line-up against Tottenham with Granit Xhaka returning, Thomas Partey fit and Ramsdale still in goal

Russell T Davies is returning to Doctor Who as showrunner

Return of the common cold: Why symptoms may feel worse this year and how to protect against it

I'm a Celeb: People baffled at how to pronounce Welsh village as Ant and Dec drop by

Pervert who leers at girls caught loitering at bus station

Petrol 'must be shared' and not held up south of the border once crisis passes, Scots urge

Inside Sabrina the Teenage Witch scandals as show turns 25, from drug binges and affairs to THAT naked photoshoot

Killer kids who lured boy, 14, to death in "ambush" jailed for total of 25 years

‘Protest is a lifeline for planet’: Hundreds protest climate change failures outside parliament

Anthony Joshua vs Oleksandr Usyk LIVE: Weigh in LATEST as AJ comes in over a STONE heavier than Usyk – latest updates

One in six unable to buy essential food items in past two weeks, survey suggests

Meghan and Harry 'want people to ditch royal family' in favour of them, says expert

Russell T Davies will return as Doctor Who showrunner