KHEERAT Panesar leaves Mitch and Karen reeling next week in EastEnders when he suggests that Gray Atkins killed Chantelle.

Here’s the lowdown on Gray’s exposure and everything else that’s happening in the BBC One soap next week...

1. The walls close in around Gray

Viewers will see the police question Gray about Chantelle’s death at the station next week in EastEnders.

Meanwhile, Karen, Mitch and the family return from Scotland and discover the awful news that Chantelle has died.

Later, Mitch notices that something isn’t quite right between Kheerat - who Chantelle told about her escape plan ahead of her murder - and Gray and quizzes Mitch about what’s going on.

Later, the pair meet and Kheerat tells Mitch that he’d been speaking to Chantelle throughout lockdown - and that she wasn’t happy in her relationship with Gray.

When Kheerat asks Mitch if he thinks it’s possible that Gray fatally hurt Chantelle and killed her, Mitch can’t cope with the question and storms off.

3. Mitch and Karen are suspicious

Later, Mitch tells Karen about Kheerat’s theory but will Karen believe what he has to say - or turn Mitch against Kheerat?

Gray gets a visit from the police again later, and they reveal they’ve had some new information.

Will Gray end up turning Mitch and Karen against Kheerat?

Ruby continues to struggle with her finances as she argues with the bank over some huge bank transfers.

When Martin insists to know what’s going on, Ruby admits that someone has been pretending to be her.

Meanwhile, a car pulls up in the Square as Stacey rocks up.

Is the timing a coincidence, or might Stacey be up to no good?

Later, Stacey approaches Ruby - but will she cause a scene?

Stacey later meets with Martin, who’s not a happy bunny thanks to her recent antics.

Stacey tells him she isn’t planning on staying in Walford for very long, but afterwards Ruby visits Stacey and tells her that she has to stay in Walford so that Martin can see the kids.

Later, a paranoid Ruby fishes to see whether Martin still has feelings for his ex Stacey, but he insists that he hasn’t.

And after a row with Stacey, Martin suggests going away with Ruby for a night to get a break from the Square.

Is Stacey about to split up the new couple?

6. Ben is questioned by the police as Phil brings in Ritchie

Callum is still torn between his personal and professional life as he frets about his boss DI Thompson’s offer.

Callum’s concerns grow when he overhears Phil and Ritchie discussing Ben’s latest plan that has landed him in the police station.

Later, Phil confronts Callum and asks if he knew about Ben’s risky plan.

Later, viewers will see Ben struggling as he’s questioned at the police station.

Viewers will see Ben told that his story can’t be verified and that he’d be released if he could come up with a convincing story, but what will he do?

And might Callum choose to pick his career over the man he loves?

Sharon complains to Linda about Ian’s rude attitude towards her following his admission of love.

Sharon moans that Ian is treating her like any old barmaid after she rejected him and told him she’d never had romantic feelings for him.

Linda suggests that Sharon should call his bluff and pretend to walk out to see Ian crumble.

Later, Sharon tries out Linda’s idea and tells Ian that it’s best if she moves elsewhere.

But she’s left flabbergasted when her plan goes disastrously wrong.

Later, Linda mentions to Max that Ian is desperate for cash and Max explains that he signed over his half of the restaurant to him.

Will Sharon decide to use the information against Ian?

Denise tells Isaac that he can’t tutor Amy anymore after working out the youngster has a crush on him.

Isaac is gutted to lose out on the extra cash but, while on the way to school, he agrees to stop with the tutoring.

When Isaac spots a bag of weed on the floor, Denise looks shocked.

But Isaac remains calm and says he’ll hand it in on his way home from work - and pops it in his pocket.

Amy watches on as Isaac pockets the bag, seemingly forming an idea.

Later in the week, Denise quizzes Amy when she refuses to go to school.

It all kicks off when Amy says she saw the teacher smoking weed. 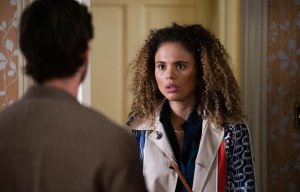 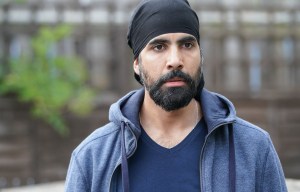 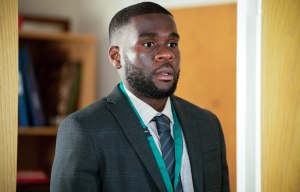 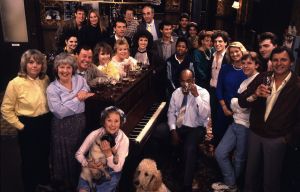 Where are the original EastEnders cast? How scandals haunted Walford's stars 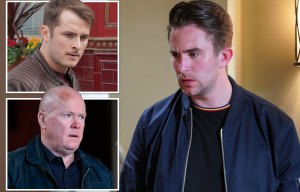 Later, Jack quizzes Isaac about the weed but he is quick to deny Amy’s accusations.

Who's telling the truth?

Either way, with Jack supporting his daughter over Isaac, could Amy’s claims be about to cost Isaac his career?

Juve are in talks with the sacked Sarri to terminate their contract. The coach received 5.5 million euros a year
Fonseca Pro 0:0 with CSKA Sofia: The quality of Roma's game in Serie A is different, but that's normal. Rotation is needed
Wolfsberg midfielder Lindl is among the contenders for the Europa League player of the week. He scored 3 goals for Feyenoord
Arteta after 3:0 with Dundalk: now it will be more difficult for me to choose the starting line-up for Arsenal
Cherchesov congratulated Maradona on his 60th birthday: Human happiness, Diego!
Milan - the first club to have 3 players born after January 1, 1999 scored in a Europa League/Champions League match
Zenith is necessary to protect the Semak. He can become as much of a legend as Semin is to Loco. Sabitov about the coach of St. Petersburg
Source https://www.thesun.co.uk/tv/12704009/eastenders-spoilers-next-week-kheerat-exposes-gray-chantelle-murder/