The Eden University National Division One League, Zambia’s second tier football competition, has over the last two years gained a huge following across the country as it has been a scene of exciting football and talent. One of the talents mesmerising defenders into submission is Maestro United Zambia Football Club, also known as MUZA F.C, striker and University of Zambia (UNZA) student, Chipo Sondashi.

The Mazabuka- based MUZA F.C has over the years established a reputation of giving young players an opportunity to hone their skills at the club. This is the case with 18 year old Sondashi, who last season shouldered the responsibility of leading the club’s striking force in its hunt for promotion to the Football Association of Zambia (FAZ) MTN Super League.

The lanky forward, who is a second year Environmental Health student at UNZA, did not disappoint as his five goals and five assists in 14 league appearances in the 2021/2022 season helped propel MUZA into the FAZ MTN Super League for the 2022/2023 football season.

In an interview with Lusaka Star, Sondashi, who joined the club in 2019, said that MUZA F.C has helped him balance his academics and football career by providing him with a personal trainer and flexible training schedule different from the rest of the team.

“The club has given me a training schedule which allows me to be in class when am expected to, and also train to remain fit for competitive matches. So I travel to Mazabuka every Thursday after my classes with the Club owner, Mr. Keith Mweemba and the club secretary,’’ Sondashi said. 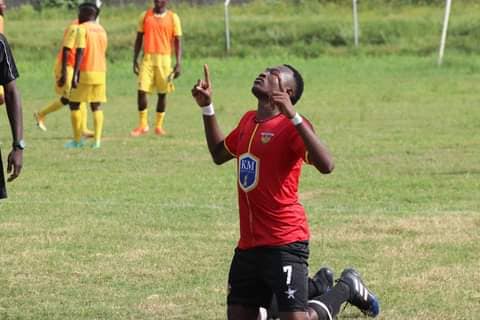 Zambian football is littered with players who were known as ‘school boy internationals’ as they donned the national team colours while still in school. These players include Kenneth Malitoli, Mwenya Chipepo, Emmanuel Zulu and Bernard Makufi, among others.

Sondashi might follow in the footsteps of these legends as he hopes to soon be called up to the junior Chipolopolo set up.

The Monze-born Sondashi, who plans on being a fulltime professional footballer after completing his studies, further encouraged his fellow students to explore their talent as it can help them earn a decent living in future.

His star has risen so much that Sondashi is now the fulcrum of the University of Zambia football team (UNZA Bola). He has so far managed to bag 7 goals in 12 appearances while plying his trade for the university team which recently emerged as champions of the Zambia Universities Sports Association (ZUSA) Games held last month at UNZA.

‘‘Chipo is a very good boy, a disciplined guy on and off the pitch that is why even if he trains for a few days, his performance is above average that is why he regularly played games,’’ Kabika said.

He said that MUZA will ensure that the highly competitive super league does not derail Sondashi’s academics as the club’s coaching staff, led by Masautso Tembo, will draw up another flexible training schedule to accommodate the young player. 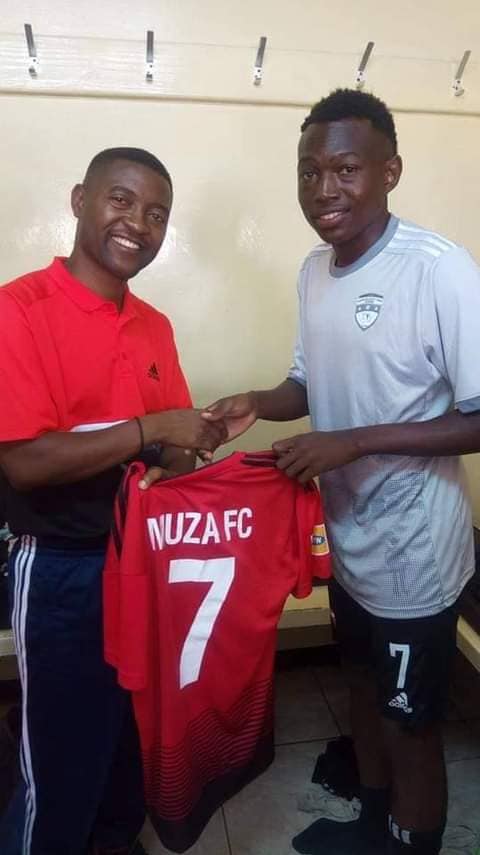 The MUZA CEO further revealed that Sondashi joins MUZA Football Club owner and criminal lawyer, Keith Mweemba and Acting Secretary to the Cabinet Patrick Kangwa, in having played professional football while being a student at UNZA.

”When Patrick Kangwa was a player at Lusaka Dynamos, we had three quarters of the players who were playing for Lusaka Dynamos coming from university, that is why we had to add ‘elite’ to Lusaka Dynamos as the entire starting 11 had students from the University of Zambia,’’ he added.

Kabika added that Sondashi is MUZA’s prized asset, hence, will not easily be sold to another team as the club will depend on his prolific contribution in its quest to maintain its super league status next season.

WARMA advised to come up with a mechanism on water harvest

The imbalanced trade partnership between Zambia and India in favor of the Asian nation.

Chembe district in need of a school for children with disabilities

Review of the national policy on environment very important

Sinkamba calls for auditing of the Black Mountain mining operations

Part 2: A Letter to Traditional Leaders on controversies regarding land issues

‘Time for cooperatives to thrive’

Commonwealth Athletes have paid their allowances-Nkandu

Former Presidents Remain the Property of the State

The Formular Shows that Bus Fares Should be Reduced by K2.50

I did not sponsor a tournament to fight anybody in UPND, says party member who was not adopted

Zambia’s current economic situation is bad, inflation rate is not a sign of economic improvement

Succession wrangles for Mwanachingwala chiefdom to be resolved outside court

As Kenya votes, could this be Odinga’s moment?

Police warns teenager alleged to have killed his parents

The trend of coffins refusing burial on the increase

Govt has your back, Chileshe assures

Tears of joy for boxer Zimba