Of course it's not just Scotland fans getting into the atmosphere of this game, streets are decked out in the flag of St George, while one tattoo artist is on the 'it's coming home' train.

Although to me he has not quite finished the job... I hope that is not an omen for this European Championship.

Harry Kane was a bit quiet in the 1-0 win over Croatia, but dropping him now for the clash against Scotland would be madness as Sportsmail's chief sports writer MARTIN SAMUEL explains...

Let's check in on what's on the line sporting wise this evening...

It's easy to get caught up on the occasion of 'England vs Scotland' alone and forget what is actually on the line.

'Derby' pressure aside, England have a cushion heading into the game after their opening win over Croatia, and a victory at Wembley would book them a spot in the last-16.

Scotland are not quite in must-win territory yet but after a 2-0 loss by the Czech Republic they can ill afford another defeat.

Should they fall again against Gareth Southgate's men and Croatia don't beat the Czechs this afternoon, they will be staring elimination in the face heading into their final group game, hoping three points against Croatia (and maybe a padded goal difference) could see them progress as one of the best teams finishing their group in third place.

Paul Ince featured in England's 2-0 win over Scotland just over 25 years ago at Euro '96 (you may have heard some references to it recently), and the former Manchester United midfielder is predicting a similar result this evening.

'England were superb for 20 minutes against Croatia, after that it was a professional job', he told Paddy Power. 'England must raise their game, though I can’t see us losing. It will be a repeat of the result in Euro 96: England 2 Scotland 0.

'Raheem Sterling is a player that English fans pick out for criticism, but he's always been very good for England, and it was great to see him get his goal against Croatia. I fancy Sterling to score again, with Harry Kane getting the other goal.”

'Scotland need something from this game. If they lose, they’re out of the tournament. There were such high hopes for Scotland’s squad, they’ve got brilliant players like Andy Robertson and Scott McTominay. They’re good enough to qualify for the next stage, but they’ve got to get past England first, which is tough. ' 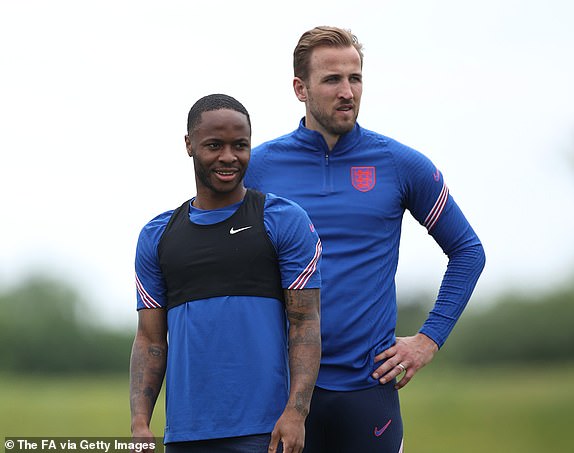 Mind you, some fans have already gone a bit too wild ahead of the game in way of their choice of refreshments. This particular incident could have been a lot worse...

The big news coming out of this morning is that Gareth Southgate looks set to tweak a winning team following the 1-0 victory over Croatia by rotating his full-backs, dropping Kieran Trippier and Kyle Walker and replacing them with Luke Shaw and Reece James. More on that here...

One of British sport's biggest matches in many years is edging closer...

It's not very often England and Scotland meet in football, let alone competitively. But for the first time in just over 25 years they are going head-to-head once again at a major tournament when they clash in a Euro 2020 group encounter this evening.

The fixture alone makes it a major highlight for the tournament, but there is plenty riding on this which we will get into as the 8pm kick-off draws closer as I welcome you to our live build up of England vs Scotland. Good afternoon to you all.. 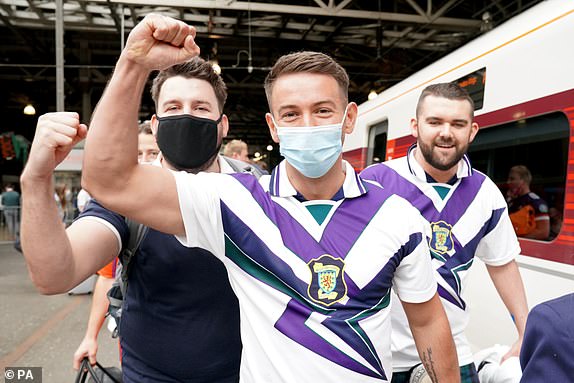 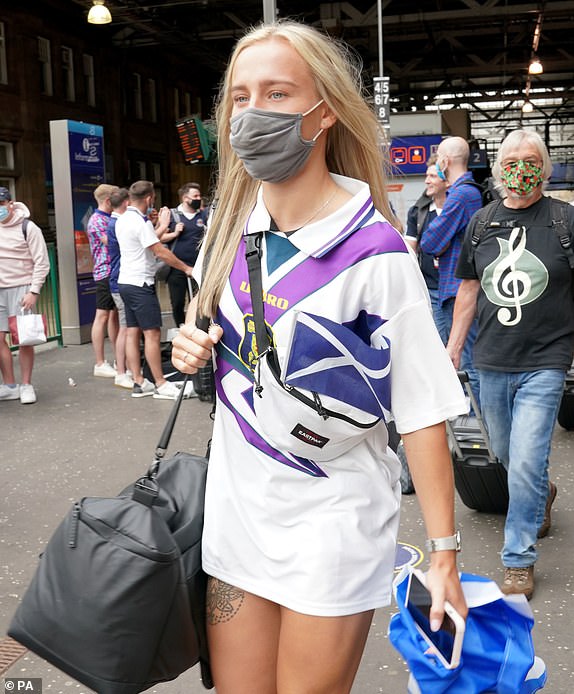 Ronaldinho on Messi's victory at the Copa America: This is the only thing that he lacked. I am very happy for him
Mikel Arteta: Jaka stays. He is a key Arsenal player
Parti injured his ankle in a friendly game with Chelsea. Arsenal midfielder will be examined tomorrow
Umtiti agrees to leave Barca, but only to a club from the Champions League or claiming the title
Sassuolo is ready to give Locatelli to Juve on loan for 5 million euros with an obligation to buy out at least 30 million
Sofia Pozdnyakova: It's more fun with the audience, the excitement wakes up. But we do not have such a popular sport as football or figure skating. We are used to it
Gilmore is the future of Chelsea. There is an elite pass, speed, and experience will gain in Norwich

Dicing with death... for a selfie: Tourists pose for photographs on edge of crumbling cliff

We test the barking mad: Designer shampoo for dogs!

'Bullying' Hay Festival chief is forced out after board upholds complaint

Praise for Carrie Johnson as she reveals heartache of miscarriage

Could an eye mask make you give up Botox?

Meet the midlife support squad YOU need on speed dial

Bank of England divided over threat of rising inflation

Three arrested on suspicion of murder after boy, five, is found dead in Welsh river

Boy, 16, is seriously injured after being stabbed at park in Tottenham in broad daylight attack

Man, 19, is arrested after girl, 15, 'was stabbed to death in domestic disturbance'

Homeless man taken in as lodger by great grandmother, 83, is charged with her murder

Sniffer dogs can pick up on their handlers 'unconscious bias', Prison Service warns

Fauci says COVID cases will continue rising, but does NOT see America returning to lockdowns

Ammunition shelves bare as US gun sales continue to soar

Covid cases fall for the ELEVENTH day in a row

Can YOU find the knickers hidden among the bras?

Private schools 'pay agents in China up to £10,000 for each pupil they send to the UK'

Britain's ex-ambassador to Uzbekistan Craig Murray hands himself into police

NHL to investigate Evander Kane for betting on own games

Hero, 22, dies after jumping into sea to save stranger

Simone Biles cheers on gymnastics teammates while sitting in the stands

Watch: Tourists evacuated from hotels by boat amid Turkey wildfires

London moped gangs are using e-bikes and wearing brogues to blend in with commuters, officers warn

Who WERE the three girls with Eugenie's husband on topless boat ride?

A day in the life of Sarah Ferguson: Meditation, Skittles and press ups

Digby Jones hits back after his dig at Alex Scott's pronounciation

Elvis was not an addict but a sick man supporting his family, biographer claims

So sorry Mary Poppins - it IS worth investing in Mr Banks!

Hundreds of fans watch BMX freestyle final from a BRIDGE

ISABEL OAKESHOTT: 'My day with a frazzled GP is proof seeing your patients face to face saves lives'

Princess Charlene says she won't return to Monaco before October

Save the slog and buy an oven-ready small business