The US tech giant has worked with Ordinance Survey to bring a greater level of detail to British and Irish landmass and buildings for the new Maps interface.

Apple Maps '2.0', which rolled out to the US in January, has better road coverage and pedestrian data, more precise addresses and detailed land cover.

The Look Around feature enables users to explore large areas of London, Edinburgh and Dublin at street level through 3D photography.

The new Apple Maps rolls out automatically at 8pm British time tonight and all customers should see the new version on their devices by 10pm, Apple said.

Apple is hoping the comprehensive Maps redesign will keep it hot on the heels of its rival Google Maps.

'Maps helps hundreds of millions of people in over 200 countries and territories navigate and explore the world,' Apple said in a statement.

It's everywhere customers are – at home, in the office, on the go on users' iPhone, iPad, Mac and Apple Watch.

'All users in the UK and Ireland can now experience a redesigned Maps with faster and more accurate navigation and comprehensive views of roads, buildings, parks, airports, malls and more.'

For users of the new version of Apple Maps, the most notable difference will be the countless tiny details added, including the shapes and sizes of individual buildings and more blue and green to indicate water and parks. 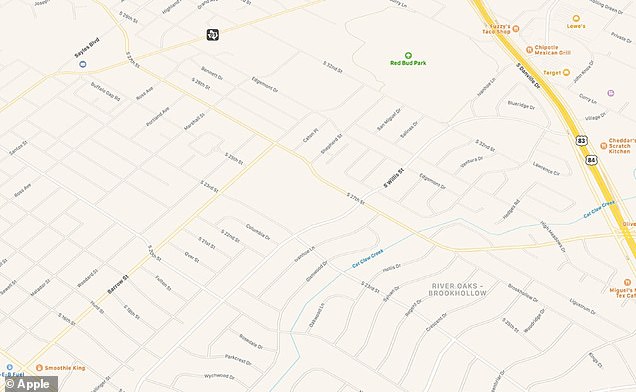 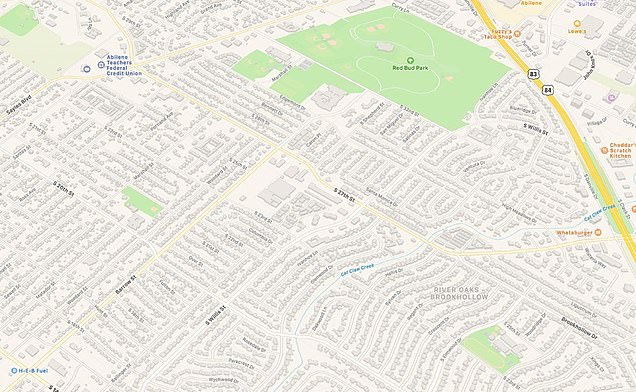 Apple Maps provides much more detail of the subtle contours of buildings, including Edinburgh Castle

Dublin's Aviva Stadium on Maps, for example, now features its characteristic glass bowl rim and even the surrounding steps, while Edinburgh Castle renders like a miniature, detailed scale model.

But the new Maps also features several 'smart' features that 'help users navigate and explore the world with a simple tap'.

Apple has partnered with Time Out Group and Lonely Planet to create Guides that present curated, pre-set collections of must‑see city attractions.

Guides makes recommendations for the best places to visit in cities around the world to eat or shop.

The feature automatically updates when new places are added, so users always have the latest recommendations.

Guides provide recommendations for the best places to visit in a city, which Apple Maps users can save and view later

Users can also create their own personal Guides to share with friends and family and can easily build and share lists of their favourite restaurants, places they want to visit or top sites for their holiday.

The new version of Apple Maps also provides users with cycling directions in London, along bike lanes, paths, and roads.

Designed for cyclists with Apple Watch on their wrists, the feature offers custom cycling voice guidance via Apple's digital assistant Siri 'that makes it easy to navigate with a glance'.

It's helpful for choosing a route that avoids busier roads and takes elevation into account, so users will be alerted if there are steep passages or if they'll need to carry their bike up some stairs.

'EV routing' makes it easier to plan trips and find the best route for an electric vehicle.

It can track how much charge an EV has and plan a journey route while accounting for charging stops along the way.

'It knows which type of charger works for your car, making sure to route you to compatible stations, and it even accounts for charging time when calculating your ETA,' Apple said.

Maps will now also let you know if your journey passes through a congestion zone, allowing users to see the charge and reroute their journey.

Lastly, Apple is introducing the Look Around feature to three more cities to mark the launch of Apple Maps 2.0 in the UK – London, Edinburgh and Dublin.

Just look around you: Maps offers interactive street-level imagery with high-resolution, 3D photography and smooth and seamless transitions through major cities with Look Around

Users can drag their fingers on their iPhone to enjoy a 'smooth and seamless transition' through the cities as a virtual tour.

Now, Apple Maps customers from anywhere in the world can navigate past the London Eye, the Royal Mile and St Stephen's Green.

Other new features include flight status, which lets Siri scan for information stored in Mail, Calendar or Wallet and proactively serves flight information for terminals, gate locations and departure times on Maps.

Following roll out in the UK and Ireland, Apple Maps will begin rolling out across the rest of Europe 'in the coming months', the firm said.

Additional features in Apple Maps 2.0 include:

One-tap navigation lets users display places they visit most often, such as home, work, the gym or their child's school, with one tap.

Real-time transit is available in many cities across the world including the San Francisco Bay Area, Washington D.C., New York, Los Angeles and, starting today, in Miami, with many more cities to come.

Share ETA sends an estimated time of arrival to family, friends or coworkers with a simple tap.

The receiver can follow along on the journey, and Maps will even update them with a revised estimate for when the traveller is arriving if a significant delay occurs.

Indoor Maps for airports and malls makes it possible for users to get the most out of their next trip or shopping excursion.

By opening the Maps app, users can see what level they’re on, restroom locations and even which stores and restaurants are open.

Siri Natural Language Guidance provides more natural-sounding directions that are even easier to follow, such as “At the next traffic light, turn left.”

Siri Natural Language Guidance is available across the US.

Users can move their device through space to experience a city from above, or explore in high resolution as they zoom, pan, tilt and rotate around the city and its landmarks.

Flyover is available in more than 350 cities.

Arteta about 0:1 with Leicester: I Don't know why the hell our goal was canceled. It is difficult to create space when 10 people are sitting behind the ball line
Rodgers on 1-0 with Arsenal: Leicester deserved to win. Vardy is a world-class player
Juve without Ronaldo could not beat Verona and Crotone in Serie A
Vardy has scored 11 goals in 12 games against Arsenal in the Premier League. Only Rooney has more
15,000 Teddy bears were planted at the Heerenveen match as part of a campaign to fight cancer. Toys sold for 230 thousand euros
Adidas and Pharrell Williams have reinvented the old forms of Real Madrid, Arsenal, Manchester United, Bayern Munich and Juve. The design is hand-made and celebrates imperfection
Barcelona filed a complaint about the refereeing of the match with Real Madrid to the Spanish football Federation
Source https://www.dailymail.co.uk/sciencetech/article-8794103/Apple-Maps-2-0-launches-UK.html?ns_mchannel=rss&ito=1490&ns_campaign=1490

Twelve-minute tests available in Boots 'within a fortnight'

Post Office to scrap a THIRD of its 2,000 ATMs in new blow to elderly and vulnerable

Half of women fail to check for breast cancer

Trump 'plans to fire the heads of FBI, CIA and Pentagon if he wins re-election'

'My husband is not armed': Distraught Cardi B begs Beverly Hills police officers to release Offset

STEPHEN GLOVER: Do the right thing on free school meals... and see off Labour

Scotland prepares to strike it rich as its first goldmine opens... with £255m of the precious metal

How to have the best sex of your life - after 50

Will we EVER learn to love the council flat kid who became F1's greatest driver?

The one lesson I've learned from life: Jeffrey Archer says women are superior to men

Why the style set are flocking to buy Diana's woolly

The cruel taunts that turned me into a rebel

How we bagged our dream second careers with a 'minternship'

Spain declares new State of Emergency set to last until MAY

Boy, 3, dies after accidentally shooting himself in the chest at his birthday party

Lawyer who overcame cancer drowned herself in a river after father died from covid-19, inquest hears

Nazi wives: The bizarre romances of Hitler's henchmen and the women who fell in love with them

Over-65s were the only age group to become MORE active during coronavirus pandemic, says study

Isle of Wight tanker: Police surround vessel amid concerns it has been  hijacked

No escape! Police in Wales set up to checkpoints to quiz motorists in essential trips crackdown