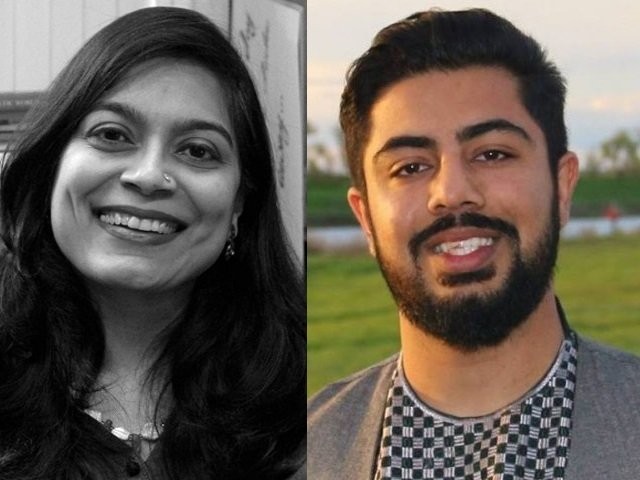 Four other writers are also competing for the most prestigious international literary awards, with $25,000 winning prize, specifically focused on South Asian fiction writing.

The much-anticipated shortlist was announced during an event held at the London School of Economics & Political Science on Thursday, an official statement said.

Sadia Abbas, who indiscriminately loves all sorts of films, grew up in Pakistan and Singapore. She  received  her  PhD  in  English literature  from  Brown  University,  and  currently teaches  in  the  English  Department  at Rutgers University-Newark in New Jersey. 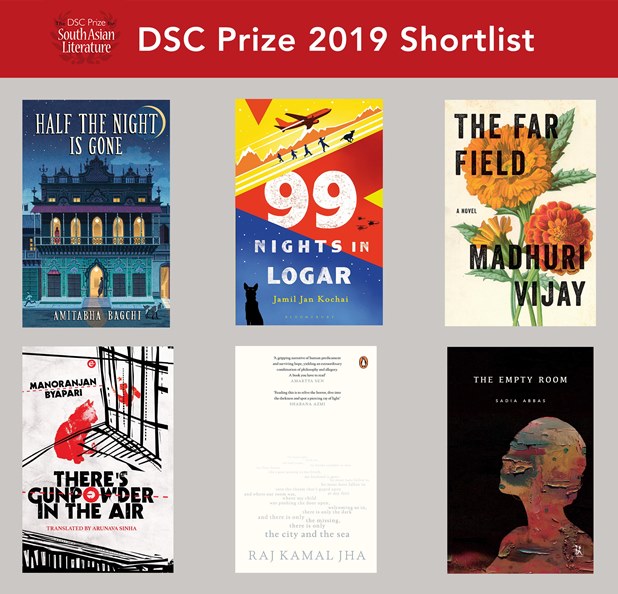 The author’s book, The Empty Room, orbits around the era of 1970 when violence, political and social uncertainty were on the rise in Karachi. She narrates the tale of a talented painter named ‘Tahira’ who tries to hold her life together as it shatters around her.

The book is referred as an important addition to contemporary Pakistani literature as it is a powerful meditation on art and the dilemmas faced by women who must find their own creative path in hostile conditions.

Jamil Jan Kochai, who grew up in the United States, holds a masters degree in English from UC Davis and is a Truman Capote Fellow at the Iowa Writers’ Workshop.

Kochai’s shortlisted book — 99 Nights in Logar is a stunning coming-of-age novel and a portrait of contemporary Afghanistan blending grit and immediacy with lyrical myth-making.

Based on a setting of 2005 in Logar, Afghanistan the story revolves around a 12-year-old Marwand who has returned from America for the summer. He loses the tip of his finger to Budabash, the family dog, who then escapes; Marwand’s quest to find him over 99 nights begins.

According to the South Asian Literature synopsis, 99 Nights in Logar is a vibrant exploration of the power of stories.

The  shortlist  of  six  novels  was  formally  announced  by  the  chair  of  the  jury  panel  Harish  Trivedi, which  was enthusiastically  welcomed  by  publishers,  authors  and  the  literary  personalities  who  attended  the  event. 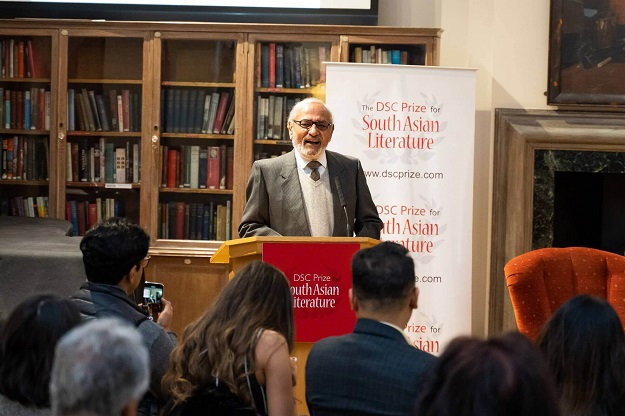 Harish Trivedi speaks at the shortlist announcement event in London.

“The shortlist that we have arrived at comprises six novels – for the good reason that the five jurors, located in five different countries, could not agree on just five novels,” Trevidi said.

“There is now a South Asia beyond South  Asia.Two  of  the  six  novels  are  set  partly  in  New  Delhi,  and  partly  in  the  surrounding  countryside  in  one case,  and  in  the  other  case  partly  on  the  Baltic  coast.  One  of  the  novels  is  set  in  Pakistan  of  the  1970s,  one  in Kashmir, and one in Afghanistan. The sixth is actually set in a prison and was written originally in Bengali by an author who has actually served time and used that period to learn to read and write. That too is South Asia,” he added.

The  DSC  Prize, founded  by  Surina  Narula  and  Manhad  Narula  in  2010,  is administered  by  the  South  Asian Literature Prize  &  Events  Trust, and it received a record 90 eligible entries this year from 42 publishers and 55 imprints from across the globe.

The jury panel – comprising of various literary luminaries drawn from diverse geographies and expertise — would meet next month to debate, discuss and arrive at the final winner that would be announced at a special award ceremony on December 16 at the IME Nepal Literature Festival in Pokhara, Nepal.

PM Imran Khan lashes out at Nawaz, Zardari after vote of confidence

“I Will Fight Till The Last Ball,” PM Khan while addressing NA

Secondary, higher secondary exams are not being rescheduled: IBCC

PM Imran Khan all set for vote of confidence today

Food Safety in Pakistan- An evaluation of overlaps and disconnects

UN envoy calls for action against Myanmar junta over bloodshed

Coalition partners vote for PM, ask Imran to stand by his promises

We must all learn to age gracefully: Karisma