True Faith is back with fresh, new music in ’11’

True Faith has been in the music-making business for 30 years now.

They have seen it all, done it all.

Yet, here they are, out with new music once more.

They recently dropped a new album, their eleventh. We sat down with the band recently.

And according to them, they have been mining new sounds, new technique in creating music.

Medwin Marfil, singer and founder says, “We have been listening to a lot of new music and it kind of inspired us to create a batch of new songs. Adding to the inspiration is the new technology available now, which I think helped us in adding new things to our sound.” 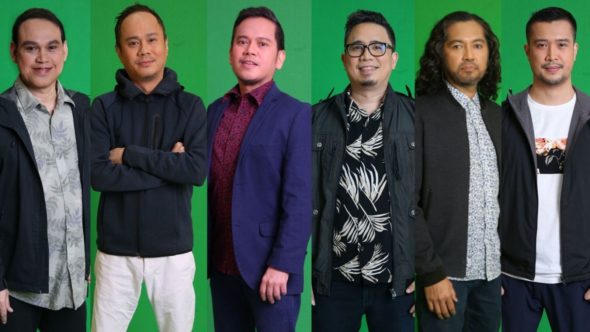 Are they out to court new fans or are they simply trying to satisfy the old faithful?

Eugene Marfil, rhythm guitarist, shared that it’s a “bit of both” for them.

“We want to entice new fans to join us in our journey as musicians but, of course, we don’t want to alienate our old fan base. So, in terms of ’11’ we’re trying to straddle both worlds. There are bits and pieces in the album reminiscent of new music like that heard on Harry Styles’ album or The Weeknd, but there’s also elements taken from our roots, like New Wave and ’90s era rock.”

Starting with the excellent “Dyahe” which actually sounds like vintage True Faith circa “Perfect.”

The electro-pop tinged “Your Ready Smile,” and the catchy new wave tinged “Refriend” has Jake coming up with excellent synth lines.

Another catchy number is “Tulala.”

Medwin on the album having a cat as part of the artwork: “The album’s artwork depicts a cat meditating, and that placid cat represents how we actuate ourselves these days.We’re more relaxed and accepting of our circumstances. Whatever position we are in in the music industry and whatever impressions people may have of us, we’re fine with it.

As to using “11” as title, Medwin says, “As used in the phrase ‘the 11th hour,’ it may herald an oncoming significant event, generally positive or it could mean the beginning of an end.”

As to what drives them to keep on making music, everybody—Medwin, Eugene, Macky, Allan, Jake and Kaka all agree that it’s about the process.

Medwin: “It’s still very exciting for us. It’s even more thrilling if the music we’ve fashioned is understood and appreciated by music fans.”

“Bringing joy to people and forming a bond with them through music that’s what make being in the business of music all these years worthwhile,” he adds.