‘Todo na ‘to:’ Rufa Mae Quinto plans to be a senator like her friend Robin Padilla 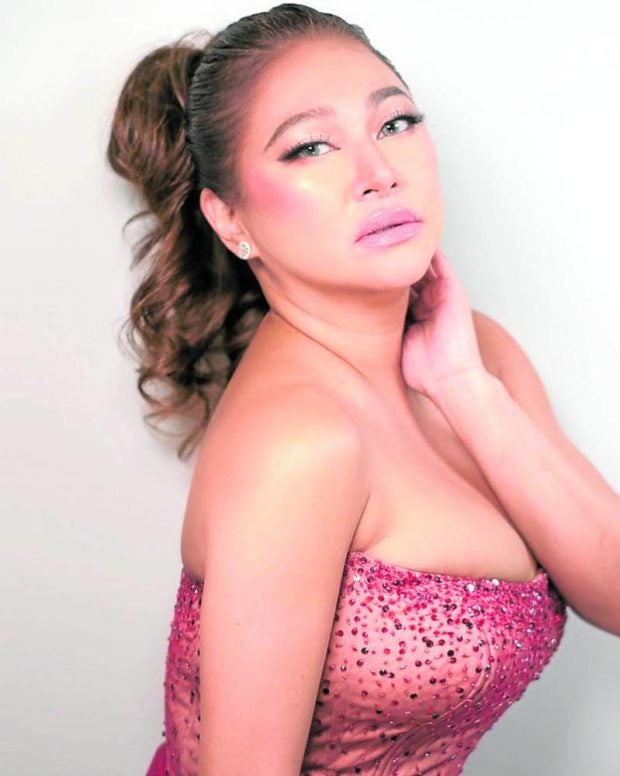 We couldn’t really tell whether or not Rufa Mae Quinto was just goofing around when she said that she intends to run for senator in the future. But in any case, the entertainment press played along and humored the comedienne: “What would be your platform just in case?”

“Ise-set-up ko na. Push ah! I thought about this kasi walang-wala na talaga, eh. A lot of my friends are in politics now, and that got me thinking, ‘Aba, mahiyain sila pero naging politicians sila,’” she added.

Rufa Mae has her sights only on the Senate. “I don’t want to be in the Congress even if I’m getting offers. Ayoko rin sa partylist—parang maraming kalaban!” she said adding that she isn’t so keen about starting her public service career in the local government, because she wants to go big. “Todo na ‘to,” as her signature catchphrase goes.

Rufa Mae is happy for her friend Senator-elect Robin Padilla, whom she had worked with in the past under Viva Films. “We often worked together in movies. And even then, he was already very helpful and generous. If someone gets sick or gets in an accident in a shoot, he will give the person money and provide medical assistance. That’s how he is,” she related.

Does she think she can replicate Robin’s success and top the senatorial race? “Hindi naman—kahit Top 3 lang!” she said.

However, the biggest challenge, she said, will be budget. “Mahal din tumakbo … I can’t afford it. That’s why I’m just going to wait for the next presidential elections. I will just hitch a ride with whoever’s running for President. Makikisakay ako sa eroplano nila. Magastos ang pamasahe at pagkain!” she said.

But turning serious—well, not so serious—Rufa Mae, who’s now a green card-holder based in the United States, said she misses Philippine show biz and hopes to work more regularly here. “I’m happy with my life. But at the same time, I don’t feel like taking care of my child and husband is my sole purpose,” she said.

Rufa Mae is married to financial analyst Trevor Magallanes with whom she has a 5-year-old daughter, Athena. “I miss making the audience laugh. Where else can you find a job where you just have to laugh and make people laugh?” she said. “That’s what I love about what I do … The Philippines is also starting to open, so I hope things in show biz all go smoothly.”

Will her husband be supportive of her should she decide to split her time between the Philippines and the United States? “That’s something we have to think about because my daughter will be entering kindergarten soon. My husband is very happy for me. But of course he also misses me,” Rufa Mae said.

Line produced by Merlion Events Production, “Tols” is about three brothers, Uno (Kelvin Miranda), Dos (Shaun Salvador), and Third (Abdul Raman), who run a barbershop that they inherited from their grandparents. Their mother Barbie (Rufa Mae) had to leave her children behind and work in Japan. Now she returns to help her kids go against a competing barbershop headed by Tuks (Betong Sumaya).

Rufa Mae had good words for her younger costars. “They’re kind. Magaling naman. They’re courteous and well-educated,” she said. And it’s important that they’re fresh. “Kapag katabi mo tapos dirty, ay ayoko ng ganun!” she said, laughing. And even if she’s seen as the most established star of the cast, Rufa Mae doesn’t act like one.

“Comedy is about giving and receiving. It wouldn’t work if you just give or receive,” she said. “I had fun because it felt like I had a small family on the set.”

While she’s no longer as active as she once was, Rufa Mae is thankful that her catchphrases and scenes in movies like “Booba” and “Super B” remain popular in pop culture, even with younger audiences. “Maybe the people who grew up watching me influenced their children or younger people. So I feel like my comedy is still fresh, it still becomes a trending topic on social media.”

“It feels nice knowing that people remember you for the things I love, which is making people laugh … my kagaguhan, kakulitan,” Rufa Mae said.