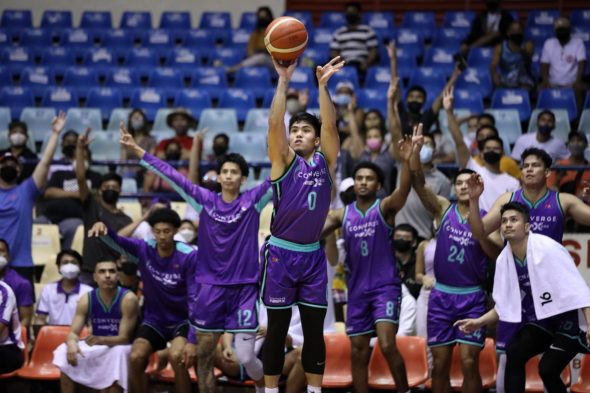 The Beermen pounded it down low with June Mar Fajardo and Mo Tautuaa combining for 12 points in the fourth quarter to once again end up victorious in their second game of the young campaign.

Fajardo and Tautuaa took advantage of NLEX’s foul situation and made eight of 10 from the stripe during that stretch which helped SMB take control of the contest.

CJ Perez had 19 points, six rebounds, five assists and three steals while Marcio Lassiter added 18 on the day he became the ninth player in league history to make 1,000 triples.

Don Trollano scored 21 points but the Road Warriors dropped to an even 1-1 record.

Meantime, Converge claimed its first-ever PBA victory in thrilling fashion after rallying from a huge deficit before outlasting Magnolia Chicken Timplados in overtime, 89-82.

Sophomore guard RK Ilagan knocked down a game-tying three late in regulation before his corner triple to begin the extra session allowed the FiberXers to take down the fancied Hotshots and secure a landmark win for the league’s newest franchise.

Jeron Teng, newly-signed Maverick Ahanmisi and rookie big man Justin Arana were also huge during the contest even when all seemed lost with Magnolia ahead by 20 in the second quarter.

Ilagan finished with 14 points, but it was Teng who led all Converge scorers by making 19 while Ahanmisi also posted 14 a few days after finally agreeing to a deal.

Arana continued to make a good impression with nine points and 12 rebounds in his second game in the big league.