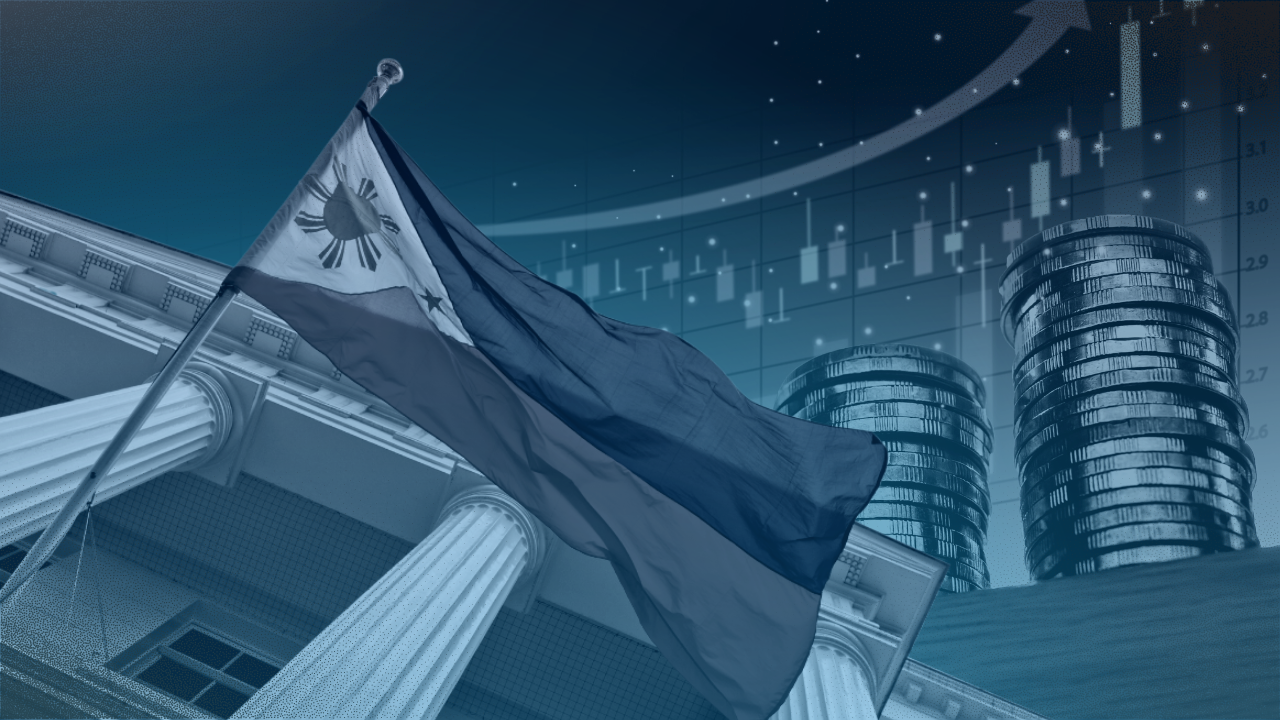 MANILA, Philippines—The incoming administration of Ferdinand “Bongbong” Marcos Jr. will soon take office and lead a country suffering from the economic and financial impact of the COVID pandemic.

The pandemic has caused a significant economic and financial toll on the country in the last few years which, according to former Bangko Sentral ng Pilipinas (BSP) Deputy Governor for Monetary and Economics Sector Diwa Guinigundo, threatened the country’s “sound economic fundamentals achieved through structural reforms that began in the 1990s.” 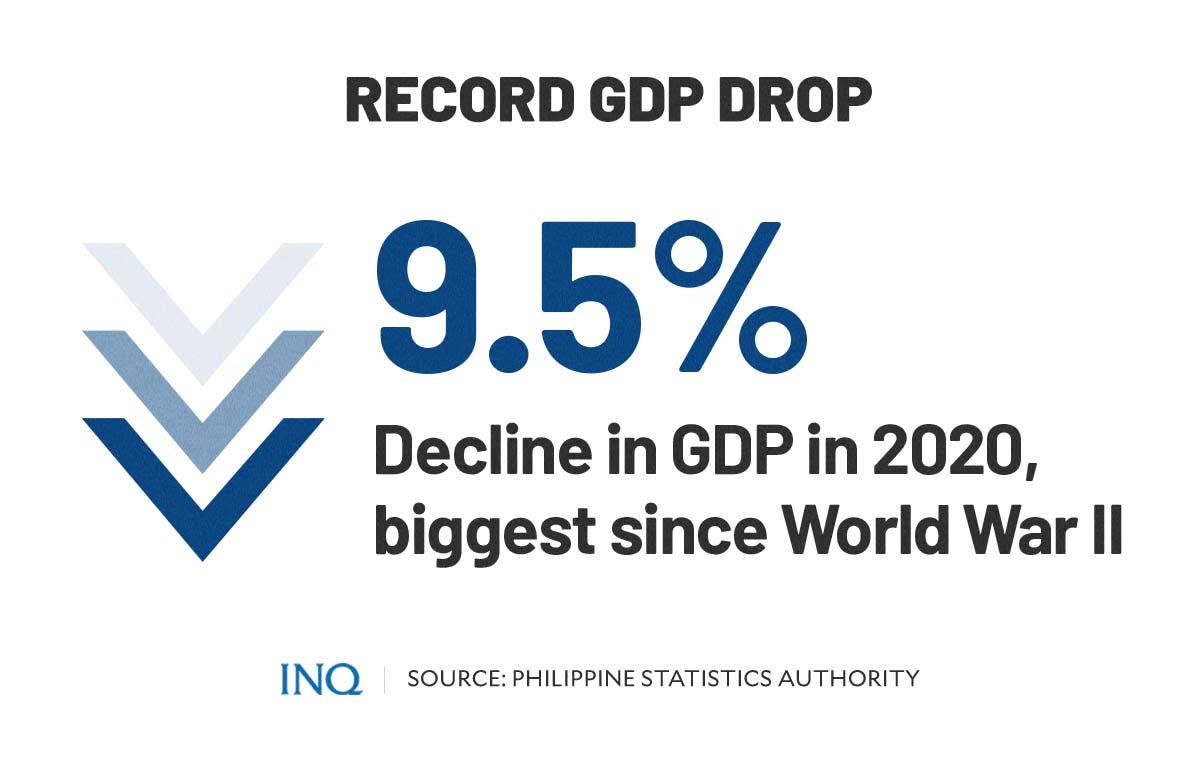 In 2020, the Philippines suffered a 9.5 percent drop in gross domestic product (GDP)—the biggest since the government started recording yearly output in 1946 or after the Second World War.

As the government imposed lockdowns to mitigate rising COVID-19 cases, many businesses have temporarily shut down or downsized, leaving many Filipinos unemployed and out of jobs.

The new administration is also inheriting the economic scarring caused by the pandemic. This includes the “persistent and lingering effects of COVID-19 “in the form of considerable uncertainty and fears of further job losses, business failures, and renewed escalation of outbreaks leading to periodic lockdowns.”

To help the government recover from the immediate and lasting economic and financial impacts of the pandemic and cushion future economic shocks on the country’s economy, Guinigundo urged the new administration to shift from a consumer or services-led economic growth model to an investment-driven economy.

“The Philippines has to attract the right kind of investments that have the highest potential to attain higher levels of growth and productivity,” Guinigundo wrote in his paper titled “Philippines: Pursuing an investment-led, More Sustainable Economic Growth.”

The paper was among studies in the strategic policy book, Beyond the Crisis: A Strategic Agenda for the Next President, published by think tank Stratbase ADR Institute.

In his paper, the former BSP official emphasized the positive relationship between investments and economic growth, highlighting a feedback loop in either direction that reinforces public and private investments.

“This is a more resilient strategy for growth,” he added.

According to him, investment-led growth has always been the goal of public policy. Investments, he said, could help prepare economies to pivot towards the post-pandemic world.

“In particular, investments help alleviate economic scarring from labor productivity loss by helping people get back to work,” he said.

“Pursuing policies that promote investments could therefore help the Philippines address the health and economic ramifications of the pandemic and, in the process, strengthen the economy’s traction towards early and quick recovery,” he continued.

Guinigundo said a genuine collaboration between the government or the public and the private sector is crucial to achieving a more investment-driven economy.

“Attracting investments implies the need for a public-private sector collaboration and an interrelated set of policy responses and recommendations that recognizes and cuts through the following: reinvigorating investment performance, role of good institutions, better infrastructure, the digital imperative, green sustainable finance, and the role of legislative measures in attracting investments,” he explained.

Citing several other studies, Guinigudno noted that an increase in public investment by 1 percent of GDP could boost confidence in economic recovery which, he said, can boost GDP by 2.7 percent, private investments by 10 percent, and employment by 1.2 percent.

He also cited evidence in his paper that public investments can help generate between two and eight jobs for every $1 million spent on traditional information and five and 14 jobs with the same amount spent on research and development and sustainable green projects.

As the economy slowly reopened amid the still increasing COVID-19 cases, the unemployment rate eased to 7.7 percent in May, lower than the 8.7 percent recorded in April.

Based on data from the Philippine Statistics Authority (PSA), the latest figure shows that there were 3.73 million Filipinos with no jobs in May.

The underemployment rate—the percentage of employed persons who express the desire to have additional hours of work or have a new job with longer working hours—was 12.3 percent.

The employment rate stood at 92.3 percent, which translates to 44.72 million Filipinos with jobs during the same month. The labor force participation rate was at 64.6 percent.

Gunigundo, in his paper, said there are at least three major lessons the country can learn from the pandemic-driven economic crisis.

One lesson, he said, was that services-led economic growth is more vulnerable to crises such as the COVID-19 pandemic since it is dependent on physical interaction and mobility. 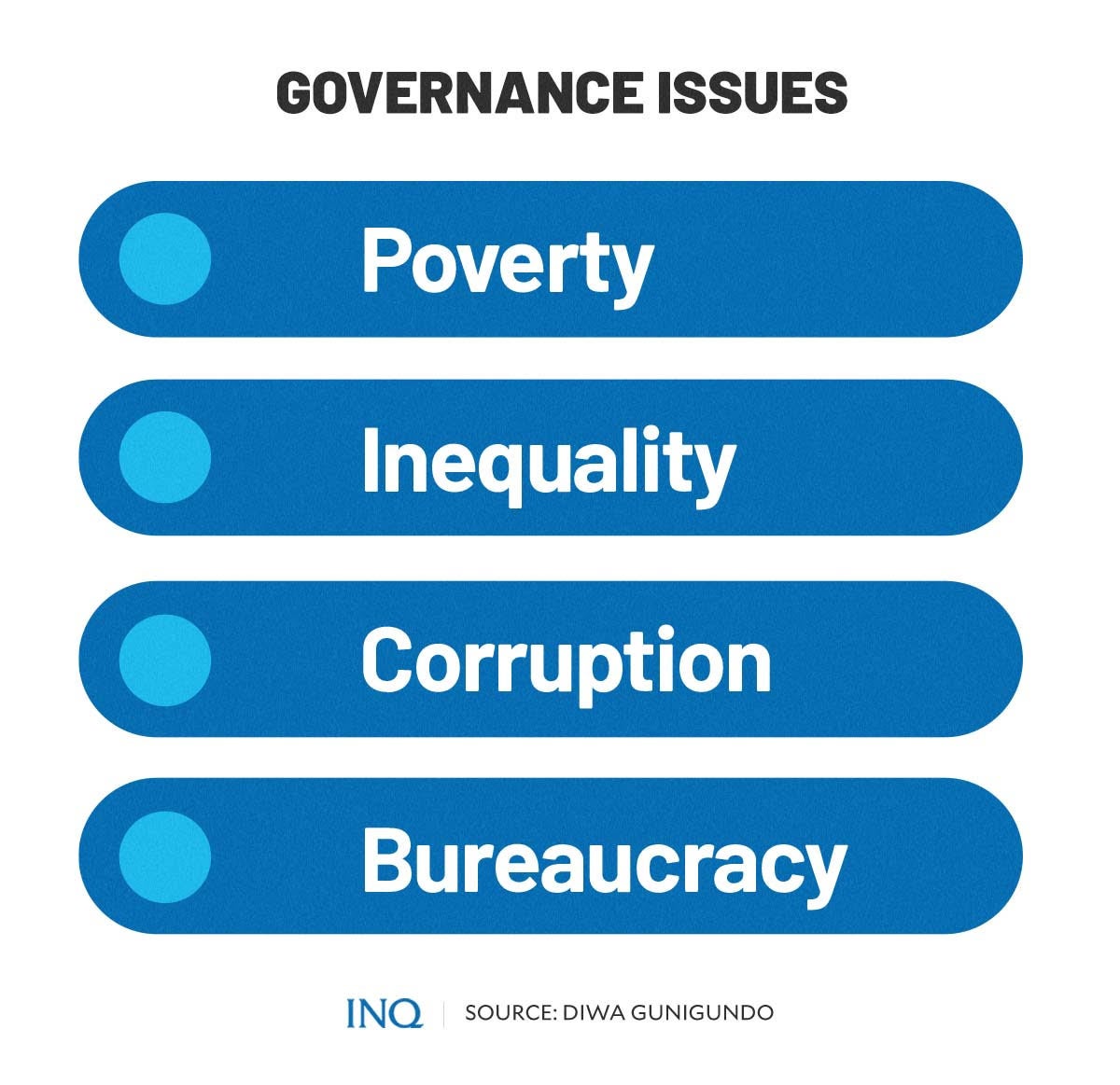 “Growth strategies based on demand-side factors may be unstable,” he wrote.

He also noted that there is a clear need to improve the country’s health system.

A separate study, titled “Beyond Health Measures: Towards a Genuine People’s Health Agenda” by Dr. Eleanor A. Jara, Dr. Magdalena A. Barcelon, and Dr. Katharina Anne D. Berza noted that the pandemic has shone the spotlight on the country’s health system and has highlighted and magnified long-standing issues such as corruption, inclusion, and brain drain.

The study was also part of the Stratbase ADR Institute’s (ADRI) series of 16 special studies on policy recommendations for the next government.

Another lesson, according to Guinigundo, was that the economic and financial costs of the pandemic are staggering.

“Recovery depends on the interplay of the COVID-19 cycle and the business cycle,” he said.

An investment-led growth, according to Guinigundo, will provide the momentum for the country to address the health crises and usher in economic recovery.

“This can be done through improving the investment climate – specifically, through governance and better infrastructure,” he said. 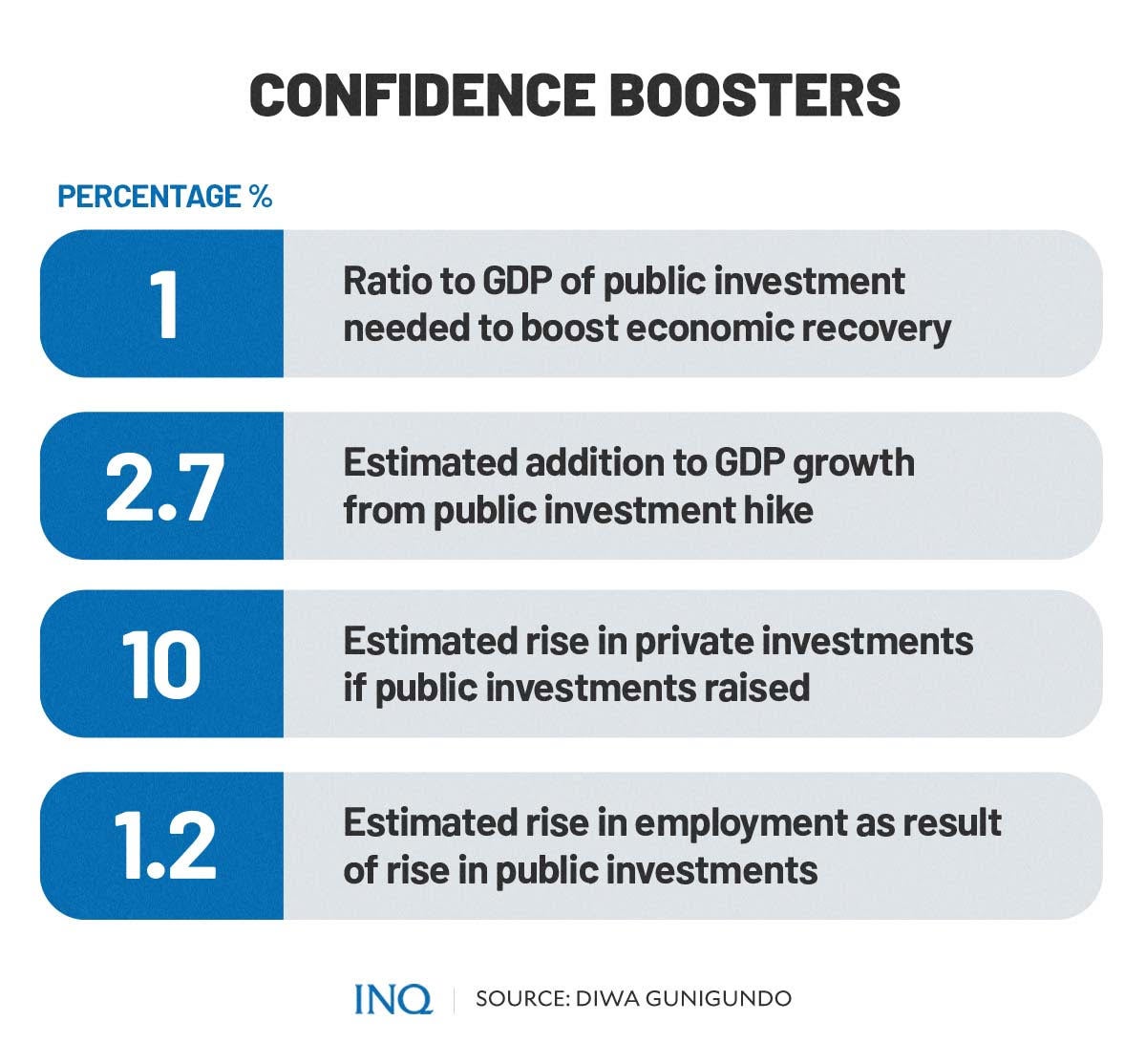 He added that governance issues—namely, poverty and inequality, and corruption and bureaucracy—must be addressed immediately and adequately by the next administration.

However, he noted that “there is no one-size-fits-all solution. We must pay attention to providing access to livelihood, education, and health services.”

Transparency and openness, Guinigundo said, must be pushed by the government “to generate a sustaining feedback loop between government policies and socio-economic development.” 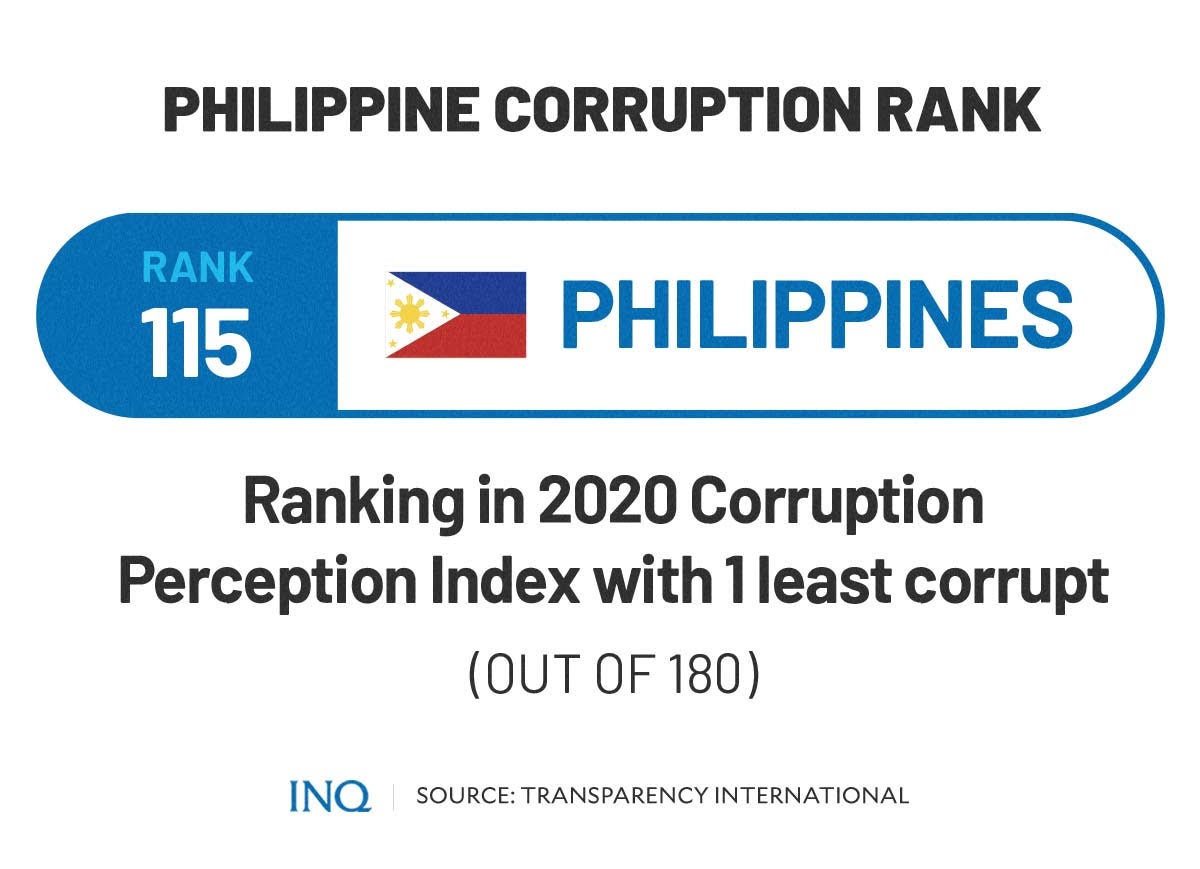 According to the 2020 Corruption Perception Index of anti-corruption watchdog Transparency International, the Philippines ranked 115th out of 180 countries.

With a low score of 34 out of 100 points, the study found that the country has failed to make an improvement insofar as the perception of corruption in government is concerned.

Guinigundo likewise said there is a need to place investments in the right sector to improve the country’s health infrastructure.

“Investments in the health sector could fill health system gaps – these debt-free investments increase healthcare capacity without pressure on public finances,” he said.

The country, he added, must also go digital and engage in green sustainability.

“The private sector can lead in the innovation of digital products and services that would allow the increase of the breadth and reach of markets even in these difficult times. Banks can be skewed to digital banking to reduce transaction costs, improve services, and reduce viral transmission,” he said.

“The challenge to the regulators and operators of these digital platforms is, of course, to ensure integrity in the whole process, ensuring that no operational disruption or hacking would compromise the completion of commercial transactions. Consumer protection should be paramount,” he added.

“Economic and business activities could also make use of higher levels of investments to make them more sustainable and self-sustaining. It is therefore imperative to implement policy measures that would attract domestic investments, both public and private, as well as foreign.”