RESTING. Defense Secretary Delfin Lorenzana is taken to an ambulance after fainting at the Independence Day ceremony in Luneta, Manila.

Videos shared by media outlets on the ground showed 73-year-old Lorenzana wobbling towards an ambulance with shared photos later showing him on a stretcher.

In a statement, the Department of National Defense (DND) said Lorenzana fainted due to fatigue after back-to-back engagements in Singapore, Korea, and different parts of the Philippines. 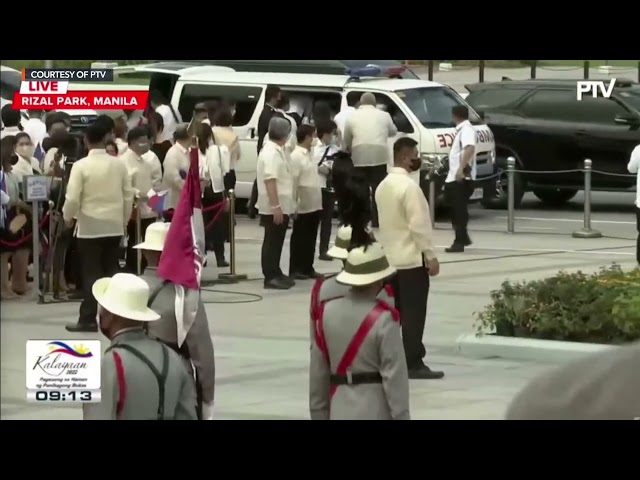 “His hectic schedule during the last few weeks and the extreme temperatures in Luneta earlier today may have resulted in his fatigue,” DND spokesman Arsenio Andolong said in the statement.

This is the first reported incident of Lorenzana fainting at a public event. President Rodrigo Duterte led the ceremony.

As of 11 am on Sunday, Lorenzana was already “stable”, according to DND Head Executive Assistant Peter Paul Galvez.

“We will first let him rest because he’s sleep-deprived,” Galvez said in a text message to reporters. – Rappler.com