LOOK: Filipino socialites Josh Yugen and Furne One in ‘Real Housewives of Dubai’ ON SCREEN. Furne One and Josh Yugen appear in 'Real Housewives of Dubai.'

Besides the pilot, the two Filipinos will be spotted across the whole season

One and Yugen were seen in the pilot episode of the show together with one of the six housewives, Chanel Ayan.

In one of the scenes, Yugen thought Chanel Ayan had a nose job, which Chanel immediately responded to with humor: “You think in my village I can afford a nose job, we don’t even have a doctor in the village.”

One is Ayan’s official fashion designer for the show photo shoot while Yugen is the main director and producer. The photos will be published in Yugen’s Dubai-based luxury fashion and travel magazine, which previously featured Filipino celebrities such as Alden Richards, Pia Wurtzbach, Catriona Gray, Lovi Poe, and P-Pop groups Bini and BGYO.

According to a press release, there will be more scenes in the show which will feature the two Filipinos across the whole season. These include footage from the Amato Couture fashion show and scenes showing Yugen’s friendship with another lead cast member, Sara Al Madani.

Yugen is a multi-awarded travel and tourism writer, fashion maven, socialite, and serial entrepreneur. He is the national director of the Miss Universe UAE and Miss Universe Bahrain franchises. 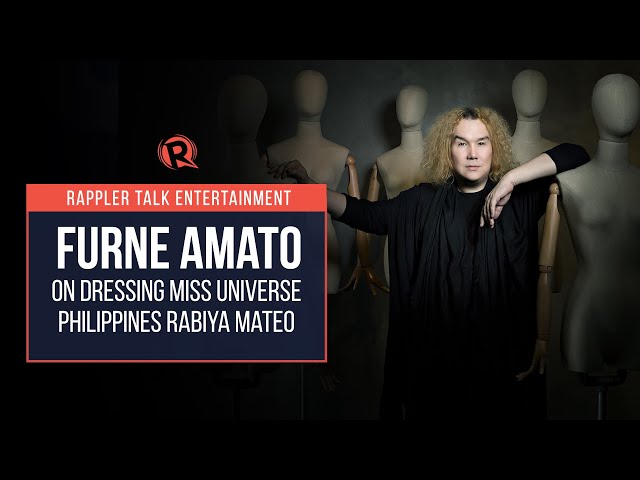 Furne One Amato is the creative force behind the label Amato Couture. He has previously dressed international celebrities including Katy Perry, Ellie Goulding, Jennifer Lopez, and Beyonce, and local celebrities such as Maymay Entrata, Rabiya Mateo, and Pia Wurtzbach. – with reports from Elle Guison/Rappler.com

Elle Guison is a Rappler intern