LIST: These celebrity parents are in full support of their LGBTQ+ kids

This Pride Month, let’s put a spotlight on celebrity parents who are nothing but supportive and proud of their LGBTQ+ kids

MANILA, Philippines – For many in the LGBTQ+ community, coming out, especially to family, is never easy. While more and more relatives have become open and accepting in recent times, it’s still a luxury that most can’t have.

This Pride Month, let’s put a spotlight on these celebrity parents who are nothing but supportive and proud of their LGBTQ+ kids. 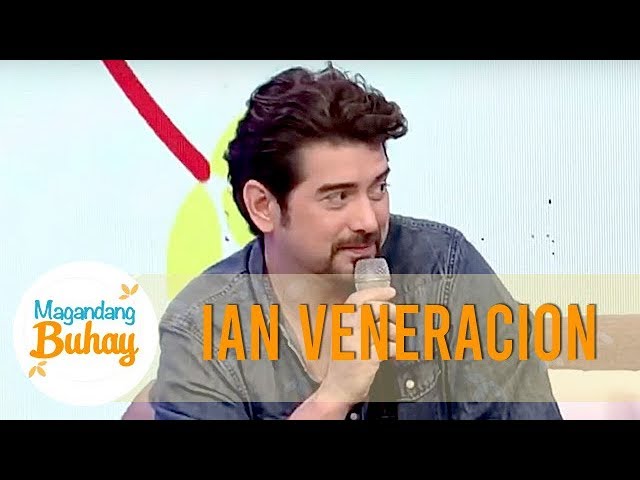 In an interview with Magandang Buhay, Ian Veneracion recalled when her daughter, Deirdre, came out as a lesbian to him when she was 16 years old. While Deirdre, or Dids as they fondly call her, was nervous about admitting her sexuality to her dad, Ian did not make a big deal out of it, assuring her that there was nothing to worry about.

“Just don’t ever be apologetic about it. Not even to me. Sabi ko (I told her), ‘You can be whoever you want to be and I have full support,” he said.

(It’s such a shame; we only have one life, and as you’re living it, you’re apologetic of yourself, you can’t be your true self. It’s like a waste of your life.)

Hollywood actress Ally Sheedy is a proud parent of son Beckett, who came out as transgender during his teens. In an interview with PEOPLE, the actress recalled what she learned from her son’s transition process, emphasizing the importance of having a “loving, supportive community.”

“I want him to be able to do what he wants to do with his life and have the freedom to make his own choices and surround himself with a loving, supportive community. So far, he’s been able to do that. Beck doesn’t hide anything,” she said.

The actress added that she is also open to talking to any parent whose kid is just starting with their transition process. “Parents need to educate themselves. It’s natural to have fears about your kids, no matter what. But in this case, Beck is in a really great place in his life.”

Pop superstar Miley Cyrus came out as pansexual in 2016, and dad Billy Ray Cyrus rallied behind her. “We’ve always been very open-minded,” he told E! News.

“Listen, it’s all about love and light…. Forget the negativity and the haters. She’s rocking and rolling and having a good time. What the world needs is love. There’s too much hate….  The world needs positive influences.”

Walking Dead star Khary Payton penned a heartwarming message as he introduced his son Karter as transgender. “You see, he was born female but has always identified as a boy. He thought it would be cool if I announced it on social media.”

The actor added that he warned his son that “there would be so many supporters but also a lot of jerks who would be harsh,” but his son responded that he “can handle trolls.”

Khary then shared his sentiment about watching his son Karter in his transgender journey. “There is nothing more beautiful than watching your child feel the joy of exploring what it means to be true to themselves…. This is his journey, and I am here for it. I hope you all have the opportunity to feel the unquenchable love that I am feeling right now.”

In 2018, Sex and the City actress Cynthia Nixon disclosed that her son Samuel is transgender.

“I’m so proud of my son Samuel Joseph Mozes (called Seph) who graduated college this month. I salute him and everyone else marking today’s #TransDayOfAction,” she wrote on Instagram. – Rappler.com