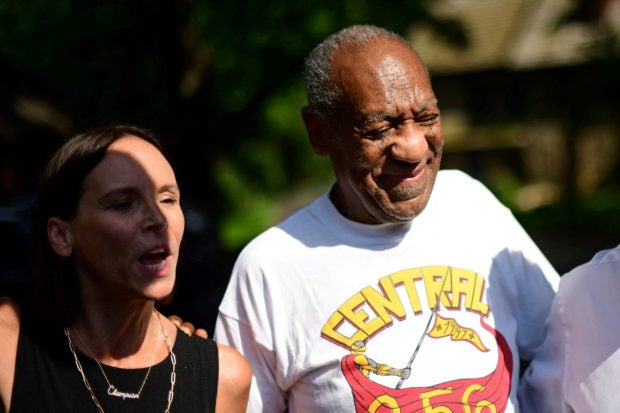 Comedian Bill Cosby denied a California woman’s claim that he sexually assaulted her at the Playboy Mansion in the mid-1970s in a recorded deposition shown on Wednesday to a jury considering one of the last legal cases against him.

Judy Huth, who is seeking unspecified damages in a civil lawsuit she filed in 2014, has testified that Cosby forced her to perform a sex act at the mansion when she was a teenager.

On Wednesday, jurors were shown a roughly 10-minute video that showed clips of Cosby answering questions from one of Huth’s attorneys during a deposition in 2015.

He acknowledged that he would bring guests to the mansion, but said he does not remember Huth or the friend who said she accompanied her that night.

Asked if Huth’s account could have been accurate but Cosby had forgotten the incident, he said that was not possible because “this young lady is saying that she told me she was 15.”

Cosby, now 84, said he never pursued sexual contact with anyone he knew was under 18. He is not expected to attend the trial in person.

In cross-examination of Huth, Cosby attorney Jennifer Bonjean challenged her account, including her revised timeline.

When the lawsuit was filed in December 2014, Huth said the incident occurred in 1974, when she was 15. She testified this week that she recently concluded that she had been mistaken about the year and now believes it happened in 1975.

Bonjean pressed Huth on Wednesday about past traumas in her life and antidepressant use, suggesting any emotional distress she suffered was unrelated to her time with Cosby.

Huth, now 64, testified that she was abused by a former partner and was a passenger in a car accident that left five people in another vehicle dead.

But she said her interaction with Cosby had the most impact. “Nothing as bad as that, that’s for sure,” Huth said.

The civil trial in California is taking place 11 months after Cosby was freed from prison when Pennsylvania’s highest court threw out his sexual assault conviction in a different case.

Cosby is best known for his role as the lovable husband and father in the 1980s television comedy series “The Cosby Show,” earning him the nickname “America’s Dad.”

But his family-friendly reputation was shattered after more than 50 women accused him of sexual assaults over nearly five decades. DC