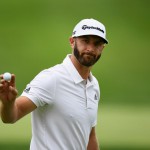 Other big-name players who will tee off at the Centurion Club on Thursday include Dustin Johnson, Martin Kaymer and Sergio Garcia.

AFP Sport takes a look at some of the issues around the Saudi-funded tour, which aims to “supercharge the game of professional golf”.

There are eight events in the inaugural LIV Golf Invitational Series.

Seven are regular-season events ˗ in North America, Europe, Middle East, and Asia ˗ where players will compete as individuals and in teams for points and prize money.

Those competitions will be played over 54 holes in a traditional strokeplay format, instead of the usual 72, and there will be a “shotgun” start for all groups of players, who will tee off from different holes at the same time.

At the end of the seven tournaments, an individual champion will be crowned based on points accumulated throughout the season.

The eighth and final tournament will be a season-ending Team Championship matchplay event in Miami played over four days.

Since each event will be made up of a different field, teams will be decided via a draft each time.

The golfers in the LIV series will be playing for the biggest prize pots in history — putting even the rewards on offer at the four majors in the shade.

Each regular season event will have a prize purse of $25 million, with the winner taking home $4 million.

Following the first seven events, an individual champion will be crowned, offering a total purse of $30 million for the top three individuals of the season.

The season-ending team championship will have a prize fund of $50 million.

The signing of six-time major winner Mickelson is a major coup for LIV Golf chiefs.

European Ryder Cup stars Ian Poulter and Lee Westwood are also in the field at St Albans, on the outskirts of London.

The LIV series is controversially bankrolled by the Saudi sovereign wealth fund, the chairman of which is Crown Prince Mohammed bin Salman, the de facto ruler of Saudi Arabia.

Amnesty International is adamant that the series is another example of the “sportswashing” of the Gulf state’s human rights record.

Human rights issues were raised during a press conference on Tuesday and are likely to keep cropping up.

“I think as golfers, if we tried to cure geopolitical situations in every country in the world that we play golf in, we wouldn’t play a lot of golf,” said McDowell. “It’s a really hard question to answer.”

The LIV series is fronted by former world No. 1 Greg Norman, now chief executive of LIV Golf Investments, who has spoken of his vision for a “free and open market” in golf.

Those opting to play have done so despite warnings of disciplinary action from the US PGA Tour.

Two-time major winner Johnson announced on Tuesday he had resigned his membership of the PGA Tour, following the example of compatriot Kevin Na.

The move means they have effectively taken themselves out of the picture when it comes to potential punishment.

The DP World Tour, formerly known as the European Tour, has said it is “evaluating each request on a case-by-case basis”.

World ranking points are not currently on offer at LIV events, even though officials have held talks on the issue.

Another area of uncertainty is the four major championships, which are separately governed.

They have given different answers on LIV defectors but the United States Golf Association said on Tuesday that the players could play in next week’s US Open in Massachusetts.

The situation over the Ryder Cup appears clearer and Johnson has effectively made himself ineligible to play in the team competition again by quitting the PGA Tour.

McDowell, whose Ryder Cup eligibility is tied to membership of the DP World Tour, said he had thought “long and hard” about the issue, adding he hoped his involvement in the LIV series would not prevent him from taking part in future contests.