A WHIFF OF FRESH AIR is blowing through Okada Manila, one of the biggest casino resort and hotel complexes within the Entertainment City. Tiger Resort Leisure and Entertainment, Inc. (TRLEI) was granted a license to operate a casino in 2007. The integrated resort formally opened to the public on March 31, 2017. After a five-year hiatus, Mr. Kazuo Okada, its founding Chairman is now back at the helm bringing a renewed vibrancy and excitement to this iconic integrated resort.

The Supreme Court of the Philippines paved the way for Mr. Okada’s return by virtue of a Status Quo Ante Order (SQAO) which the high court issued on 27 April 2022. The status quo ante order included a letter which states – “ISSUE a STATUS QUO ANTE ORDER, effective immediately, and continuing until further orders from this Court, and ORDER respondents, their agents, representatives, or persons acting in their place or stead, to MAINTAIN THE STATUS QUO prevailing prior to petitioner’s removal as stockholder, director, chairman and CEO of Tiger Resort Leisure and Entertainment, Inc. (TRLEI) in 2017.” Mr. Kazuo Okada therefore, has been reinstated as sole representative of Tiger Resort Asia Limited (TRAL) and Chairman and CEO of Okada Manila. And, in further compliance with the restoration order, Mr. Kazuo Okada reinstated the Board of Directors and Officers of TRLEI. The Board designated Mr. Antonio Cojuangco as President and Mr. Dindo Espeleta as Vice Chairman. 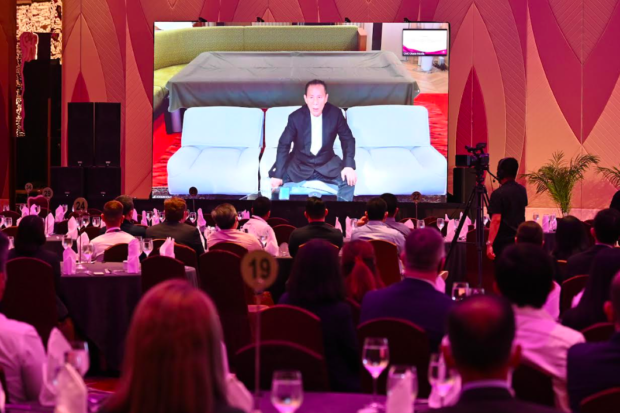 Fondly called “Daddy O”, Mr. Kazuo Okada addressed employees at a recent townhall after being back at the helm to bring a renewed vibrancy and excitement to the iconic integrated resort.

The Philippine gaming regulator – Philippine Amusement and Gaming Corporation (PAGCOR) recognizes the reinstated board members as the legitimate Board and Officers of TRLEI consistent with the Supreme Court’s restoration order. PAGCOR Chairman and CEO Andrea Domingo in a statement said – “Considering that the matter at hand involves an intra-corporate dispute pending before the Supreme Court, PAGCOR, as a government regulatory body, is DUTY BOUND TO OBSERVE DUE PROCESS AND COMPLY WITH THE ISSUANCES AND DIRECTIVES OF THE SUPREME COURT.”

Regrettably, the management turnover carried out by Mr. Okada’s official representatives on May 31, 2022 was marred by allegations of violence. Contrary to the irresponsible and misleading statements distributed to media by parties opposed to the return of Mr. Okada, the management changeover was peaceful and witnessed by authorities. TRUTH BE TOLD – a PAGCOR team was present to monitor the management takeover on May 31. Based on the monitoring team’s report – Okada’s group arrived at Okada Manila at 9:45 AM on May 31 with Antonio Cojuangco and Dindo Espeleta accompanied by members of the Philippine National Police (PNP) and Sheriffs from the Supreme Court. It was reported that Mr. Okada’s group met with Hajime Tokuda who received the status quo ante order from the Sheriff. Pagcor maintains that “Tokuda was then escorted outside the premises without being bodily hurt”. Furthermore, the takeover was captured on video by Okada Manila’s close circuit television (CCTV) cameras in contrast to what looks like staged frenzied footage taken by the opposing camp. Furthermore, in a statement issued by Major General Val De Leon, Director – PNP Directorate for Operations, he denied claims made by TRAL officials that violent tactics were employed during the takeover. And, as TRUTH surrounding the controversial takeover of Okada Manila now comes to light, it is becoming crystal clear that Mr. Kazuo Okada’s group stands on the right side of the law.

The opposing party has filed an urgent Motion for Reconsideration to ask the Supreme Court to revoke or reconsider its status quo order. It would therefore, be to the best interest of everyone to leave the matter of the decision to the highest court of the land to decide on the matter.

Meanwhile, Okada Manila is pleased to announce – Business As Usual. Borders are opening up and international travel and tourism are primed for a comeback. Under the able leadership of Mr. Kazuo Okada, whom employees fondly call “Daddy O”, Okada Manila is poised to seize the opportunity for business growth with enhanced services and exciting new attractions and promotions. Awarded the Forbes Five Star for two consecutive years, we invite you to come and experience for yourself our distinctive brand of luxury, world-class amenities, as well as our hallmark Japanese hospitality – “Omotenashi”.

Get the latest lifestyle news delivered to your inbox