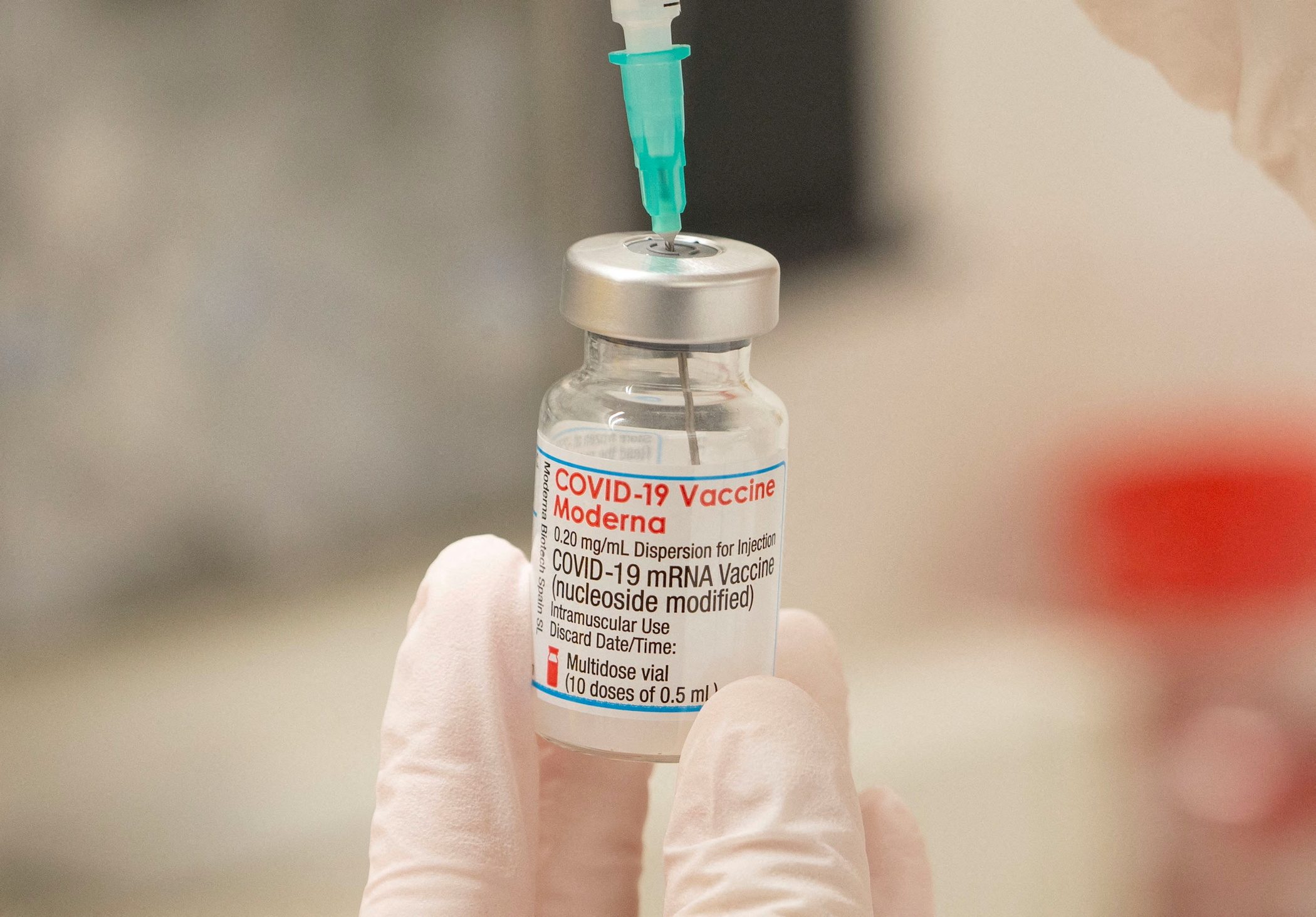 MODERNA. A healthcare worker fills up a syringe with a dose of Moderna's COVID-19 vaccine for a booster shot at the vaccination reference center at the Epidemiology, Biostatistics and Prevention Institute in Zurich, Switzerland, November 17, 2021.

Some recent disagreements have centered on the scope of the waiver and China's objection to some of the agreement's wording, trade sources say

GENEVA, Switzerland – An international agreement on waiving intellectual property rights for COVID-19 vaccines is within reach ahead of a global trade meeting next week, the head of the World Trade Organization (WTO) said on Wednesday, June 8.

In a telephone interview, Director-General Ngozi Okonjo-Iweala also said an agreement could be reached on fishing subsidies in time for the meeting, when 120 trade ministers from around the world gather at the body’s Geneva headquarters.

“If we get one or two deliverables that will be good,” Okonjo-Iweala told Reuters in a telephone interview. “I think we are within shouting distance of that.”

Days before the meeting starts, none of the agreements in the three major negotiating areas of agriculture, fish subsidies, or intellectual property rights for vaccines have been finalized for ministers to rubber-stamp, trade sources say.

Instead, Okonjo-Iweala described a “hectic” atmosphere in Geneva where negotiators had been working late nights and weekends in order to try to resolve outstanding differences.

Since she was appointed more than a year ago, Okonjo-Iweala, a former Nigerian minister and chair of the GAVI vaccine alliance board, has prioritized a long-sought deal on a waiver for intellectual property rights for COVID-19 shots.

“There’s some difficult areas we are dealing with but there’s movement,” she said on those talks, without elaborating. “I think it’s still possible for us to be able to clean that up,” she said. Some recent disagreements have centered on the scope of the waiver and China’s objection to some of the agreement’s wording, trade sources say.

The WTO’s biennial meeting was twice delayed by COVID-19 and is taking place after a nearly five-year gap against the backdrop of high geopolitical tensions since Russia’s invasion of Ukraine.

Some Western members have refused to negotiate directly with Russia, but Okonjo-Iweala said she was confident negotiations could continue through a combination of different meeting sizes.

“You cannot minimize the Russia-Ukraine tensions and crisis. We find methodologies that work and we will use the same approaches for MC12,” she said, referring to next week’s meeting. – Rappler.com