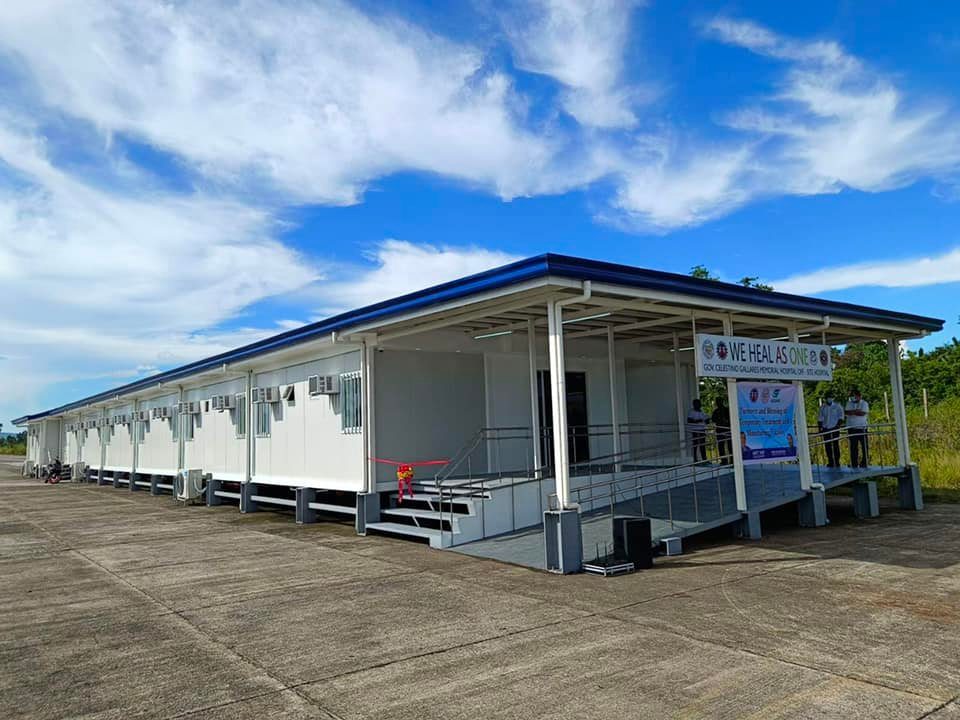 TAGBILARAN, Bohol – Outgoing Bohol Governor Arthur Yap leaves the province with a new step-down hospital and a fleet of heavy-duty road equipment as he prepares to turn over the reins to 2nd District Representative Aris Aumentado.

The provincial government held the blessing of its Temporary Treatment and Monitoring Facility at the site of the old Tagbilaran airport on Monday, June 6.

Yap also turned over the facility to the  Gov. Celestino Gallares Memorial Medical Center on the same day.

Yap, who was seeking a second-term, lost to Aumentado in the gubernatorial race last May.

Taking note of the continuing threat to public health from new COVID-19 variants, Yap said the facility could also be used for outbreaks of other infectious diseases.

He thanked the Department of Public Works and Highways (DPWH) for facilitating the construction of the new facility.

The move would spur the modernization for the Department of Health-run regional hospital and teaching/training facility. NEW ROOMS. One of the rooms at the new Bohol province step-down facility in Tagbilaran City. Art Yap

The DOH and the province broke ground for Phase 1 of the P1.5-billion, state-of-the-art specialized medical care center in February 2021. The 500-bed facility in Cortes town is set to be completed in 18 months, DOH Director for Health Facilities Enhancement Program (HFEP) Dr. Leonita Gorgolon said in January 2021.

Gallares Hospital has admitted close to a million patients and served 2 million in outpatient services since 1994, hospital chief Dr. Mutya Kismet Tirol-Macuno said. It sprawls on a five-hectare property donated by the provincial government and will host the Bohol’s first multi-disciplinary behavioral sciences center and a branch of the Research Institute for Tropical Medicine.

The head of the motor pool said the new equipment represented the first augmentation of the provincial construction equipment fleet in 13 years.

The dearth in heavy road equipment was glaring in the aftermath of Typhoon Odette in December 2021. Rescue and aid workers were hampered by debris blocking the majority of key road links in Bohol. Yap had to seek help from national headquarters of big firms operating in the province to clear roads in devastated towns. – Rappler.com