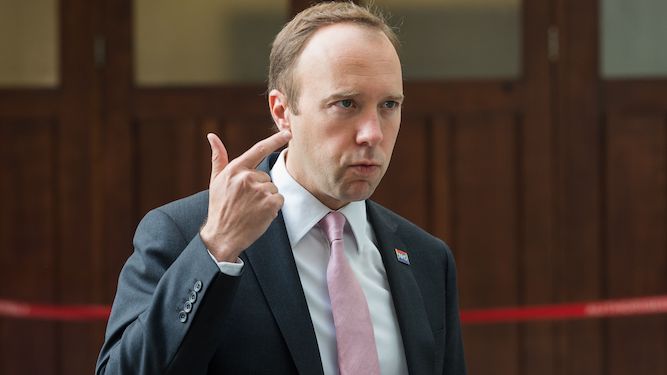 YO. Matt here. You may have noticed I consider myself pretty damn cool. So after my Covid scare, here’s how I’m self-isolating with ATTITUDE. Party on, dudes!

Not wearing a tie on Zoom calls

Nothing screams ‘sexy rebel’ louder than a shirt with no tie and the top button undone, so that’s what I opt for in online press conferences. In the evening I put on a Next leather jacket and host a triv quiz for other MPs with my favourite badass rock band playing the background: T’Pau.

At Oxford me and the lads, by which I mean my two house cats, would crack open the White Lightning and go mental. It’s difficult to play Edward Ciderhands with cats because they run off before you can tape the bottles to their paws, but I’d often drink almost a whole glass before being violently sick and missing a lecture the next day.

In parliament I’m revered as a party animal, and I’m not going to let Jeremy Hunt steal my street cred, so I’ve hooked up my Nintendo Wii and got back into Just Dance. I can throw some pretty mean shapes to ‘Africa’ by Toto, but annoyingly Theresa May still holds the high score on ‘Dancing Queen’.

I’m a bit of a Hunter S Thompson on the quiet. Sometimes I’ll neck an extra large coffee with an extra espresso shot. It’s the ultimate buzz. Why do you think I cried on Good Morning Britain? It wasn’t a woefully ill-judged attempt to be popular, it was because I was on a hideous caffeine comedown.

Looking out of the window and crying

Another way to pass the time in isolation is to stare longingly out of the window with a tear rolling down your face, like Rachel from Friends. I’m not suggesting I ever do that – a badass like The Mattster is more likely to be watching a really terrifying horror film like Annabelle and hardly being scared at all. 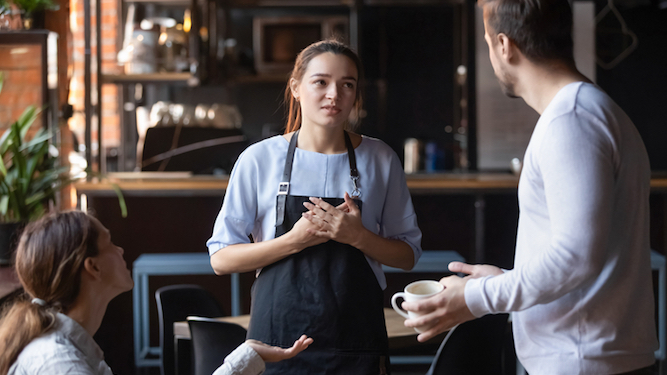 ARE you in a long-term relationship with someone you’ve realised is an embarrassing twat? Here are some common problems and what to do about them.

Many people with shit opinions aren’t bastards, just a bit thick. But that won’t stop you feeling embarrassed when they keep spouting things like: ‘If you ask me, transgender is just the latest fad. Like rap.’

Solution: Get them to set up a Twitter account and share their thoughts there. After 200,000 people have called them a ‘f**king shithead idiot’, they may be more circumspect.

You may find it hard to genuinely love your partner if they subject you to endless Coldplay or repeat listenings of The Lion King soundtrack that go beyond the limits of human endurance.

Solution: Introduce them to better music in a similar genre. You’ll get sick of U2 and Les Miserables eventually but anything is better than that Coldplay album. You know, the one nobody can remember the song titles from.

Your toes will curl as your partner attempts to establish a fake friendship with some random bloke in a pub, or, if female, a clothes shop assistant with whom she now has a deep bond based entirely on their chromosomes. The words ‘mate’ and ‘I know!’ may feature.

Solution: Surreptitiously change your TV viewing entirely to stilted period dramas, so that they start to believe the only way to interact with strangers is: ‘Good day, sir’ and ‘Most pleasant to meet you. Goodbye.’

They are twats to waiters

There’s nothing worse than sitting with someone whinging about a minor problem with the food or service just to have a pathetic power trip over waiting staff.

Solution: There is no solution. Tell them to f**k off and meet someone else who doesn’t moan about a microscopic smear on a butter knife.

Pep Guardiola: Garcia will play for Barcelona. Eric-top player
Ex-President of Barcelona Bartomeu and 2 other people detained in the case of Barcelonagate
Police conducted searches at the office of Barcelona. This is due to the scandal with criticism of the players in social networks
The modern top-match of the Premier League is a pressing battle (but not a show). Tuhelj and Solskjaer again proved it
Manchester United will ask for Lingard 20+ million pounds. He may be included in the transfer of Rice
Manchester United and Leeds are Interested in 30-year-old defender Torino Nkulu
The only time he got mad at me was when I put the kettle whistle on the tailpipe of his car. English coach Glen Roeder has died
Source https://www.thedailymash.co.uk/news/relationships/your-guide-to-coping-with-a-partner-whos-an-embarrassing-twat-20210122204525

Pfizer’s Covid vaccine may be less effective if you’re fat – as obese people make half as many antibodies, study warns

Germany adds over one thousand new words to pandemic lexicon

Donald Trump is planning a sequel for 2024 – but will anyone want to see it?

UN: Arbitrary detentions in Syria conflict may be war crimes

How Barcelona could line up under Mikel Arteta with Bellerin, Saka and Garcia as Arsenal manager is targeted

Body of missing dad who vanished last week is found

Government is ‘working with EU’ on issue of vaccine passports, minister says

Your ex, and the four other worst people on dating apps

Look back at Halewood's Ford factory as company takes back plant

Katie Price’s £1.2million home is available to rent from the end of the month after she was blindsided by sale

Can I claim £750 damages from Experian?

12 best liquid foundation for all skin types, tried and tested

When is the next full Moon? All the 2021 dates revealed – including Worm Moon