The group of men stopped traffic in Grainger Street as they traded punches in front of a crowd of onlookers.

Crowds chanted AJ's name as they watched the ugly scene play out in front of them.

Men were heard shouting "Go and get him" as buses and cars can be seen stopping as the men begin to scrap in the middle of the road.

People online claimed the video "put Newcastle to shame" after it was shared thousands of time on Facebook.

The police have been made aware of the footage which shows some thugs left on the floor after trading blows.

After a while the fight fizzled out as fans continued to laugh and sing: "Oh Anthony Joshua." 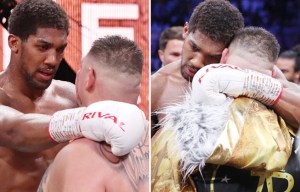 WORDS OF A CHAMP 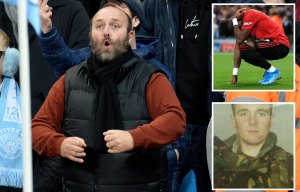 Fan arrested for 'racist gestures' says: 'I was putting hands in pants'

TAKE THAT TO THE BANK 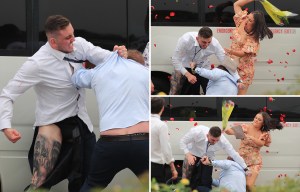 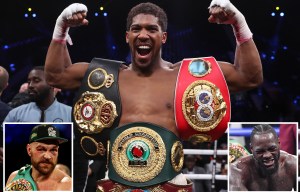 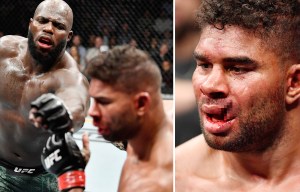 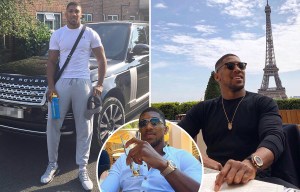 A Northumbria Police spokesperson said officers attended after receiving a report of a fight on Bigg Market just after 10:20pm.

The incident is believed to have moved to Grainger Street and the force added: "At the time police arrived, people were dispersing and no complaints were received.

"No arrests were made."

Robertson on Messi: He will be considered one of the best ever along with Maradona and Pele when he finishes
Giggs about Manchester United: Palace were better and wanted to win more strongly. They could have scored more
Manchester United have spoken to Teles' agents. The player will insist on leaving Porto
Andy Robertson: everybody was saying that we will never get around the city. Last season we proved everything
Manchester City will pay around 50 million euros for Sevilla defender Kunde
English clubs doubt that you need to get down on one knee before every match. They believe that this action loses its meaning
Gundogan about the APL: It's hard to score 100 or 98 points every year, but we need to if we want to fight for all the titles
Source https://www.thesun.co.uk/sport/boxing/10509216/yobs-throw-punches-street-brawl-joshua-beats-ruiz-aj/

Politicians like to posture about Northern Ireland. But no one really cares about us | Sarah Creighton