In the clip posted on Tuesday, 'The Lady of WWE' raunchily danced to the Ric Flair Drip hit by Metro Boomin and Offset - and even called called wrestling legend Ric "daddy."

Evans beat Charlotte two weeks in a row on Monday Night RAW, the second time with help from Flair's Dad.

The Georgia-native tweeted: "Idk what's better....the win, the money, the suite, or pissing off the queen. Thank you Daddy @ricflairnatureboy #WorkSmarterNotHarder #RAW."

Flair, known as "the dirtiest player in the game," betrayed his daughter in a stunning new storyline.

Since Charlotte returned to action in December, Lacey has proved a nasty rival.

During last week's Legends Night, Evans flirted with Ric backstage and teased that she would be "Charlotte's next stepmom."

In another series of tweets posted on Tuesday, the ex-marine continued to troll her adversary, saying: "Your daddy taught me more in one night than you ever will sweetheart.

"I enjoyed your lil class session though. Until next time #Raw #MamaFlair."

The Nature Boy is known for being a lady's man, having been married four times.

His daughter Charlotte has been married twice and is currently engaged to fellow WWE star Andrade.

For Christmas the 30-year-old mother caused a stir when she gifted her kid a handgun with her daughter's face on it. 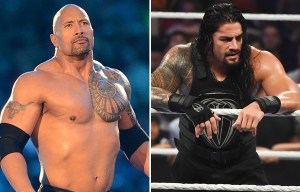 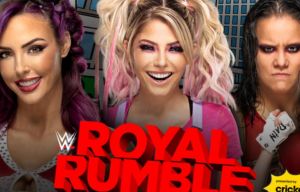 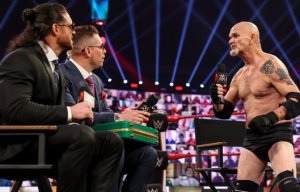 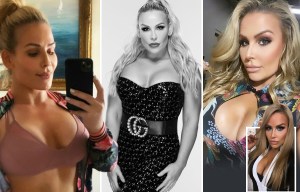 Natalya Neidhart puts on a busty display as she celebrates 1,500th WWE win 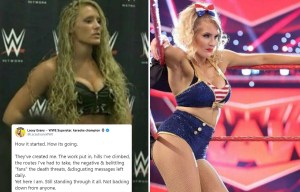 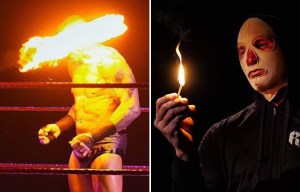 FIRE IN THE HOLE

On WWE TV the hint of an onscreen romance angle between Evans and Flair has proved to be polarizing with fans.

One tweeted: "Kinda [enjoy it] but it's definitely weird"

Another added: "[the angle] is stupid and gross".

Outside the WWE, Evans dazzles her 1.3million Instagram followers with glam selfies, belfies, and workout snaps. Here are some of the best:

Moreno has 6 goals in his last 5 games for Villarreal
Coach of Zagreb: In the matches with Krasnodar, we showed how good we are. Only the implementation needs to be worked on
Ole Gunnar Solskjaer: Manchester United are waiting for three important weeks, matches with Chelsea, Leicester. We are confident in ourselves
Gattuso on Granada: If Napoli were killing time like this, we would have been smeared in the press
Dzeko is Roma's top scorer in European competitions. He scored the 29th goal and beat Totti
Mikel Arteta: We got to give them two goals. Would hate to fly out of the Europa League
Milan kicked 18 penalties for the season. This is the best result in the top 5 leagues in Europe
Source https://www.thesun.co.uk/sport/13735788/wwe-lacey-evans-sexy-ric-flair-drip-raw-instagram/