WWE have announced two huge arrivals at their Performance Center in Orlando - a pair of seven-foot giants trained by none other than the Great Khali.

He was the fourth tallest man to ever compete on the WWE main roster and is now helping to bring through the next generation of talents.

And he may now have helped unearth another duo of monsters who could make it as big - LITERALLY.
WWE confirmed the news this afternoon while announcing a trio of new recruits from India.

A report on their website read: "At 7 feet tall, 310-pound Gurvinder Singh of Jagadhri is an experienced cricketer and actor that trained for the squared circle under another giant of the ring, The Great Khali.

"Sukhwinder Grewal is another titanic trainee of Khali, standing 7-foot-2 and tipping the scales at 340 lbs. The 24-year-old played basketball before setting his sights on the ring."

And on the third new arrival, WWE added: "Twenty-five-year-old Laxmi Kant Rajpoot comes to Orlando from Banda and has athletic experience in javelin throwing and taekwondo."

Sun Sport reported last July that a new giant was already around the Performance Centre after the humongous Jordan Omogbehin debuted at an NXT live show.

And the 7ft 3in colossus made quite the impression as he dominated TWO OPPONENTS on his winning bow.

Omogbehin was born in Lagos, Nigeria but played high school basketball in the States after moving to Virginia.

After quitting the court, the towering behemoth was snapped up by NXT founder and wrestling legend Triple H for WWE.

Despite his towering frame, Omogbehin is still only THIRD on the all-time list of tallest WWE superstars.

Giant Gonzalez, real name Jorge Gonzalez and who had spells in both WCW and WWE, tops the list. 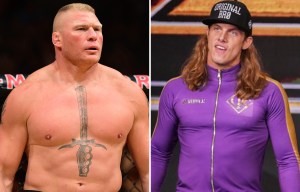 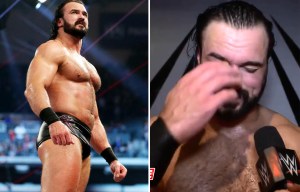 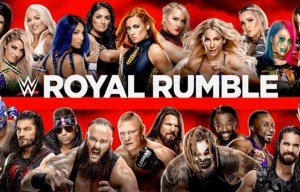 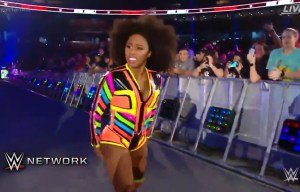 That even dwarfed the legendary late, great Andre ‘The Giant’ – who was only a mere 7ft 4in in comparison.

And the Big Show is a baby compared to those big boys.

WrestleMania 36 takes place at on April 5, 2020 at the Raymond James Stadium in Tampa, Florida.

Discover blue skies and sunshine, a sparkling waterfront, world-class chefs, family fun, and a century of Cuban culture – all in Florida’s most diverse travel destination.

In Tampa Bay, the hospitality is as warm as the weather. Treasure awaits.

For more information on accommodation and places to visit during WrestleMania week please visit www.visittampabay.com.

Artist behind £2 charity shop painting has a tragic history

£2 sketch was created by WW1 soldier days before death

School's cheerful letters to The Hazelwell care home in Heswall

Why do we eat chocolate eggs at Easter?

What happened to Football Manager's 59 highest rated wonderkids of 2009

Experts reveal how to disinfect food shopping after a supermarket trip

Help at hand for carers

Abta boss: 'We will take action against members who refuse cash refunds'

Former NUF Cdefender jokes he would now be worth £80m

For decades, immigration laws have stood in the way of the music you love – this is how

'I started shouting at the midwives': the stress of giving birth under lockdown

How to transform a small outside space into a dream garden

Kilmarnock on lockdown: Five eerie pictures that show how much life has changed

How to reduce car insurance costs in coronavirus lockdown