THE GREAT KHALI has undergone a dramatic body transformation to become a huge, shredded monster since his days in WWE.

The 7ft 1in beast instantly made an impact on his wrestling bow in 2006 as he destroyed the legendary Undertaker.

Fans were shocked at the sheer size and presence of the Indian megastar, who was still in great shape due to his earlier days as a pro bodybuilder.

But as the years went by and life on the road in WWE took its toll on Khali, real name Dalip Singh Rana, that muscle mass gradually disappeared.

When he left Vince McMahon’s company in 2014, the former World Heavyweight Champion vowed to himself and his legion of fans in his homeland he would get back into his previous shape.

And the Punjabi Playboy, born and raised in Dhiraina, India, now looks better than ever at the grand age of 47.

He achieved that with an enormous but strict diet that contains plenty of protein and an extensive workout plan.

According to SportsKeeda, Khali’s diet begins in the morning with fruit juices, two glasses of milk, eight eggs and 100g of dried fruit.

But before that he enjoys a walk and several glasses of water prior to tucking into bread and chicken for breakfast.

Then it is curry, pulses, vegetables, wheat breads, rice, 1kg of chicken, eggs and dried fruit again for lunch. 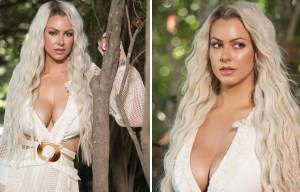 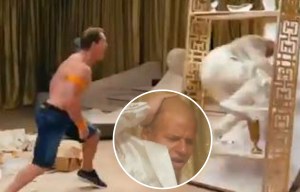 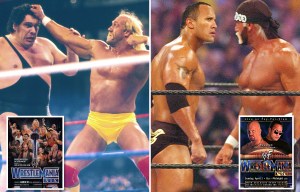 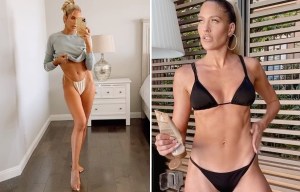 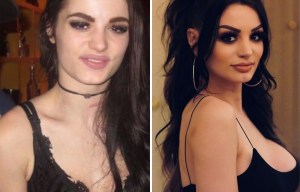 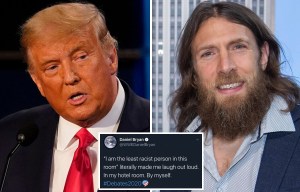 A mere mortal would struggle to cram anything else into their bodies, but come tea time another huge lot of food is tucked into by Khali.

And apart from all of that, the beast also enjoys ice creams, coffee, curd and candies in his diet.

With all that food intake, Khali requires an extensive work-out schedule also.

His weekly plan has been outlined in several outlets, with Khali also giving his followers regular glimpses of his training on Instagram.

He uses a Sunday to focus on his chest, doing flat, incline and decline bench presses as well as push ups.

Monday is bicep and tricep day as he performs multiple reps of Barbell and Dumbell Curls and Tricep dips, including more push ups.

PLAYING WITH THE BIG BOYS - WWE's tallest ever superstars

It is cardio on Tuesday, with 30 minutes of running on the treadmill, cycling for 20 minutes and then abdominal workout and crunches.

Wednesday is shoulder and traps as Khali does multiple sittings of military press and dumbbell military press before lateral and rear lateral raises.

It is back and abs on Thursday, with reps of bent over barbell row and pull ups followed by crunches and leg raises with Friday's used for focusing on legs and ab exercises again.

This involves multiple sittings of seated leg extensions, leg press and squats in addition calve raises and 100s of crunches, leading to a well-deserved day of rest on Saturday…. Well almost!

Khali still manages to do 30 minutes of jogging on the treadmill!

While many stars enjoy putting their feet up after retirement, Khali has done the complete opposite, and now he is enjoying the rewards as the huge veteran looks better than ever.

Flick about 3:1 with Stuttgart: we Understand that for such a game we will not get awards for beauty, but Bayern achieves results
Cloud has 112 dry games out of 200 for Atletico in La Liga. This is a record
Mahrez on Burnley's hat-trick: the Third goal is the best - I don't often score with my head. But city's victory is more important
Mourinho against Chelsea is always powerful. How will it be this time?
Real Madrid is the leader in students in the top-5 leagues. Spain generally dominates, and the supplier from Germany is only Stuttgart
Thomas Muller: What do they say, you need to prove yourself on a windy evening in Stoke? Stuttgart is not Stoke, but their team is good
Atletico won the sixth consecutive game in La Liga, a winless streak - 25 games
Source https://www.thesun.co.uk/sport/wwe/11930396/wwe-great-khali-body-transformation-pictures/