FORMER WWE star Dave Bautista has showed his game is as strong out of the ring as it is in it after bagging a date with wrestler Dana Brooke.

The 50-year-old - who won six world titles during his stint with WWE before switching to acting - was involved in numerous flirty Twitter exchanges, ending with him being sent her number.

Bautista - who gained fame under the name Batista - took to social media on the weekend to announce he is single again.

And he has wasted no time in making his next move, as he sent Brooke a picture of himself alongside a Rolls Royce, with the caption: "@DanaBrookeWWE ..... Sup?"

The 30-year-old wasted no time in replying, as she then returned with her own gif, as she said: "Oh.. Not much, You?"

This time Bautista - who plays Drax the Destroyer in Marvel's Guardians of the Galaxy - sent her a topless selfie, as he replied: "You know. Just standing around with my arms up. I see you been gettin (sic) those squats in."

Posting a gif of her doing a one-arm press up, Brooke messaged: "I mean I do workout .. you know a good gym ... wrestlemania is in Tampa ??"

Again quick to send a photo of his muscular body, Bautista said: "I do actually! Just so happens that I have my own gym. #LionsDen .. Two squat racks! here it is. It also has an upstairs with a cage and mats as well. Ever done any jujitsu?"

It was that comment that won Brooke over as she stated: "Sounds like a date.. Also, I’m sure you can teach me a couple things I can use in the ring- also the squat racks too - I’ll send ya my number via DM text me we can plan something."

Sounds like a date.. Also, I’m sure you can teach me a couple things I can use in the ring- also the squat racks too - I’ll send ya my number via DM text me we can plan something 💁🏼‍♀️ https://t.co/5OF543ryQd

KEN YOU BELIEVE IT 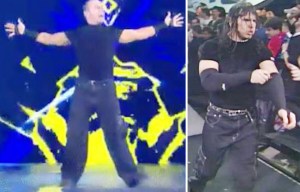 Undertaker 'couldn't remember own name' after concussion against Lesnar at 'Mania 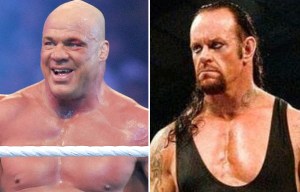 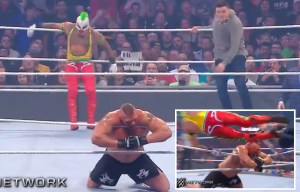 A delighted Bautista posted a gif of him ripping his shirt off, with the simple caption: "K."

There is no word yet on what they plan to do on their date or when they will meet up, but with WrestleMania coming to Tampa - the home of Bautista - the two are surely to meet soon.

These are the stars Tyson Fury could face at Wrestlemania 36

Joau mariou is Interesting to Betis and Galatasaray. Inter are ready to sell the midfielder
Real Madrid defender Nacho is Interesting for Milan, Napoli and Roma
Dest will arrive in Barcelona today. Blaugrana has agreed a contract with him and will pay Ajax 20+5 million euros
Suarez leaving Barcelona for Atletico Madrid. Luiz was called by Simeone, their Union should be 🔥
Barcelona announced Suarez's move to Atletico
Barcelona will receive 2 million euros for the transfer of Suarez in the seasons when Atletico reaches the 1/4 finals of the Champions League
Chelsea's newcomers came off in the League Cup: Havertz scored a hat-trick (the first of his career), Chilwell an assist, Silva played an hour
Source https://www.thesun.co.uk/sport/10441915/wwe-dave-bautista-dana-brooke-date/

It’s non-stop WhatsApp messaging – do these mums not work?

Who got the last word – Trump or Ruth Bader Ginsburg? I’ll let you decide

One in five people in UK unlikely to get coronavirus vaccine, study finds

Q&A: What were the results of Breonna Taylor investigation?

Arati Saha: Who was the groundbreaking Indian swimmer and why is Google honouring her?