WWE brought back a crowd for a live event for the first time since the coronavirus pandemic started.

As Raw kicked off at the Performance Center in Florida, NXT talent surrounded the ring and walkway, all practising social distancing.

They cheered their colleagues to the ring to create the first real atmosphere in these dark times.

One of the future stars was WWE legend The Rock's daughter Simone, who is following in the footsteps of dad, grandad and great-grandad.

She is in training at the Performance Center.

The show kicked off with all those present gathering, two metres apart, for a tribute to soldiers for Memorial Day.

Raw commentator Tom Phillips told BT Sport viewers that all those ringside had been tested for coronavirus and cleared to attend.

And they were all around to witness the crowing of a new US champ as Apollo Crews defeated Andrade.

As well as Raw and SmackDown continuing behind closed doors, the organisation managed to play out WrestleMania 36 at the Performance Center.

Bray Wyatt's Firefly Funhouse match against John Cena was dubbed "the craziest match of all time" by US media. 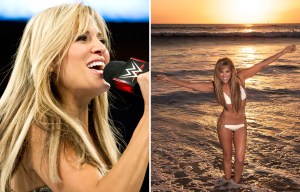 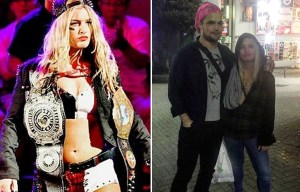 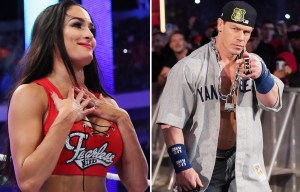 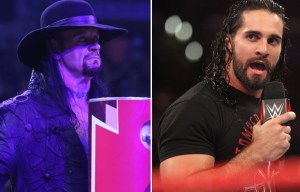 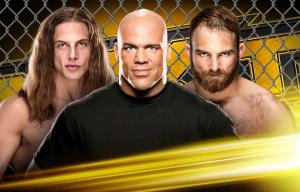 And Money In The Bank also went ahead - on the roof of the seven-storey WWE headquarters in Connecticut.

But despite battling to continue with the big shows, WWE has been forced to release some of its top talent during the economic uncertainty.

Kurt Angle, Rusev and Drake Maverick were just three of the talent to have been cut loose.

Should we cut off our hands? This madness. Atalanta almost nailed Juve, but lost the victory due to two penalties
Director Of Juventus&nbsp;Partici: Dybala is a very important player for us
Arturo Vidal: Barcelona remained in the race for the title. This is the main thing
It is important for Chelsea to get into the Champions League to convince Havertz
Sterling on the record for goals in a season: we Want to win the Champions League and the FA Cup, otherwise they won't mean anything
Sheffield will finish the Premier League season without defeats from clubs from London. 22 points in 10 games and 5 home wins
Bonucci on Juve's draw with Atalanta: We must look at the result. This is how Championships are won
Source https://www.thesun.co.uk/sport/11708466/wwe-live-crowd-raw-smackdown-coronavirus/