The contestants, from “Navajo Nation” in Phoenix, Arizona, described their dance style as “Native American with a little bit of hip-hop.”

Dressed in ensembles from their tribe, the four men wowed the judges the moment they walked into the room.

“This is more than just dancing, this is a way of life,” the group's leader proudly stated.

Indigenous Enterprise gave a quick-footed performance to a mash up of The Ripper and Indian City by Northern Cree and A Tribe Called Red.

The WoD contestants gave an energetic routine which included hopping through small hoops.

Despite appearing impressed, the judges had some harsh feedback for the Arizona dancers.

Derek, 35, told them: “I have to think of this as a competition. Is this going to be as competitive as other acts I’ve seen?

“And as much as I loved it, for me, it’s going to be a no,” the DWTS alum said to the disappointed performers.

“From a standpoint of competition, I’m not sure if it’s stands up. So it’s going to be a no from me too.”

Due to the show’s format of needing two yeses to advance to the next round, the group was eliminated after their second no.

Jennifer, 50, did not give her vote but said they had “so much energy” and their skill level “truly took hold” of her.

As they walked out, Ne-Yo added they have “never had anything like this on the show before.”

Despite not advancing in the competition, a member of the foursome said: “For us to be out there showcasing our dance style and culture is a win for us.”

Fans were furious with the panel of superstar’s for not advancing Indigenous Enterprise and slammed the show’s “diversity” problem.

One viewer questioned: “I don’t like that the only representation of Native Americans on this show EVER was given an immediate no.

“I almost feel like the show only included them for “diversity points.” Anyone else feel a little uncomfortable by this?”

“@worldofdance that’s crazy y’all didn’t put the indigenous group through, I guess were not “modern” enough for you,” another person fired off. 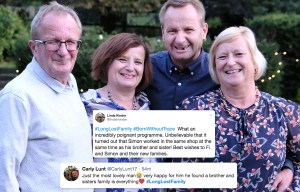 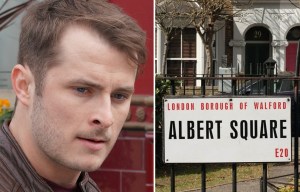 One outraged fan tweeted: “That was kind of f**ked up to eliminate the Native American dancers right away...

“They should've been given another chance just because it was finally something different!! Everything doesn't have to be hip hop!!”

A fourth added: “Everything not based on hip hop but this show needs more diversity… wrong for saying no to native American dance.”

World of Dance airs Tuesday’s at 10pm EST on NBC.

Pep Guardiola: I would have stayed at Manchester City and in League 2
Manchester United is ready to sell Alexis, Lingard, Smalling, Dalot, Jones and Rojo
Frank Lampard: I expect more from Chelsea, but now the result is most important
Atalanta does not lose 15 matches in a row – 13 wins and 2 draws
Lorient threw one newcomer off a plane and sent another under the water-all for the sake of presentations on social networks
Pasalic scored a hat-trick in the match against Brescia. Atalanta smashes the opponent 6:1
Rummenigge on Ribery: Hennessy was like a second father to him, and I was like a second mother
Source https://www.thesun.co.uk/tvandshowbiz/11770474/world-of-dance-jennifer-lopez-diversity-eliminating-indigenous/