A WOMAN has shared her horrifying ordeal where she nearly died and ended up needing emergency surgery - because of a thong.

Hilary Zink shared a clip on TikTok revealing how her underwear nearly killed her, and her shocking tale has since gone viral, racking up more than five million views.

She captioned the video: “GET CHECKED if you have new symptoms you have and NO IDEA why ! It can save your life.

“This is how a thong sent me to the emergency room.”

Hilary recounted the unbelievable series of events, as she explained her bottom had been hurting for weeks.

The pain got so bad while she was out of town that she was barely able to stay still on the plane ride home.

After not being able to ‘sit straight’ and likening her experience to having a ‘haemorrhoid’, Hillary went to her mum for advice when she touched down.

Hillary said: “I told my mom ‘I don’t know what’s wrong with my butt, it’s been hurting for like a couple weeks now’.

“I show her my butt, and she doesn’t see anything.

It turns out Hilary could have died if she hadn't followed her mum’s advice, as she continued: “I had emergency surgery on my butt. I had an abscess."

She explained the doctors had to “cut her open” to drain the wound, as Hilary admitted “it smelt so bad”.

But while she laughed as she told the story to her 207,000 followers, Hilary shared her doctor’s sobering message, saying: “He says thank god you came in because this can kill you.”

The nurse then bandaged Hilary up with “six feet of gauze”, as her wound was dressed.

Summing up her near-death experience, she said: “So a thong I wore gave me a microscopic cut that gave me an infection that could have killed me.”

It’s thought Hilary developed a pilonidal cyst, which the NHS describes as: “A small hole or tunnel in the skin at the top of the buttocks, where they divide.”

Thousands of people commented on the video, with other women claiming the same thing happened to them, and it’s more common than you think.

Others were put off thongs for life, with one woman saying: “You’re laughing but you traumatised me.”

Causes of a pilonidal cyst

The NHS outlined the common causes of a pilonidal cyst, which are:

Another wrote: “Girl the same thing happened to me. Same placement and everything. I didn’t realise it was so common?”

Someone else commented: “What this is common? Why has this happened to everyone now I’m scared.” 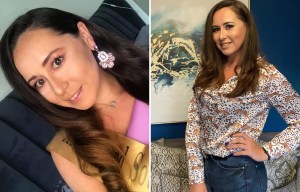 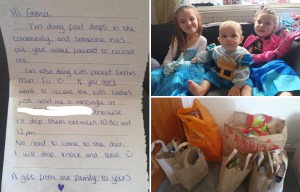 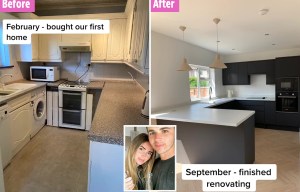 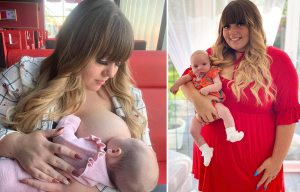 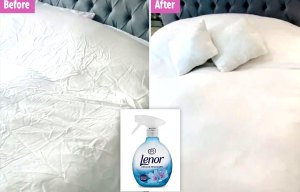 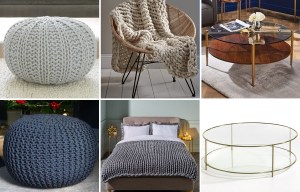 Can YOU spot the bargain Aldi homeware from the pricey designer original?

Meanwhile these are the Primark pants you should be wearing according to your star sign… and Gemini gets the famous £1 thong.

Plus it seems visible thongs are BACK but Rhian Sugden and Nicola McLean ask do we really want them?

And can you guess which Kardashian it is from behind in our rear-ly tricky quiz?

Van Dijk - best Central defender of 2020, Trent-right, Robertson-left (ESPN)
Massimiliano Allegri: Ronaldo is a top player in terms of mentality. He has a new goal every year
Borussia Dortmund presented a collection with Spongebob as part of a deal with Nickelodeon
Woodward on Manchester United and trophies: there is a lot of work Ahead to achieve the stability needed
Neuer - best goaltender in 2020, Alisson-2nd, Oblak-3rd (ESPN)
Liverpool are Interested in 21-year-old Leipzig defender Konate
Niko Kovac: I'm Waiting for Golovin to return. But it might be better to wait another week or two
Source https://www.thesun.co.uk/fabulous/13049688/woman-thong-kill-emergency-surgery-dash/