A WOMAN sought help online after getting a mystery growth on her lip while she was pregnant.

She said her obstetrics and gynaecology doctor had no idea what it was – and she had to wait until after her child was born to see a dermatologist.

TikTok user @wendycruz780 shared snaps and video of the growth.

She showed a pea-size bump that was red and swollen on her lip – and said it appeared around her eighth month of pregnancy.

The mom said her "OB had no idea what it was" and that she "had to wait until after birth to go to a dermatologist."

She showed a pile of bloody tissue that came from the swollen spot – and said: "It just kept getting bigger and would not stop bleeding."

The mom showed more snaps, which showed the spot had grown to nearly double the size.

She said she didn't "want to go anywhere" or take pictures with her son after he was born.

In another video, she revealed that the spot was called a "pyogenic granuloma" and it was thankfully benign (not cancerous).

NCBI said the growth is "a common benign vascular tumour" that have an increased number of capillaries (tiny blood vessels), veins, or other tissue.

According to Healthline, they're "fairly common in pregnant women."

The TikTok user said it's often dubbed a "pregnancy tumor."

She said because it's difficult to get a dermatology appointment, she had to wait a few months before getting to the specialist.

"It sucked because when I went for walks with my husband I basically had to put my head down every time we passed somebody," she said.

She said she had to "get numbed several times" when they took off the growth.

"It sucked because I could smell the burnt flesh," she added.

The mom added that doctors told her the granuloma "could come back."

She shut down commentators who suggested the lump was caused by HSV-1 or HSV2 (herpes) or HIV, saying: "Please educate yourself."

The mom added she's glad other people experienced it too, and noted that it can appear in other areas on the body.

"It just sucked because it was my lip," she said.

"How did your OB not know that? Lol, I'm a dentist and I was YELLING Pyogenic granuloma watching your video," one person commented. 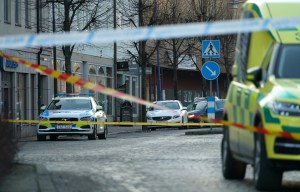 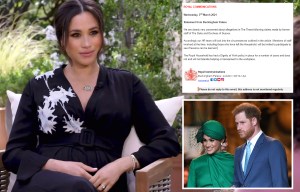 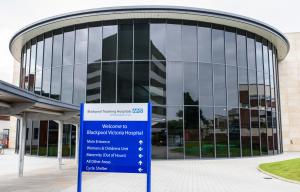 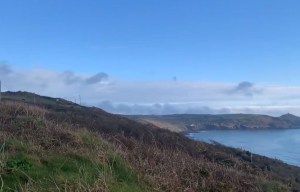 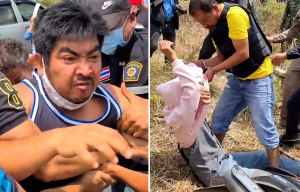 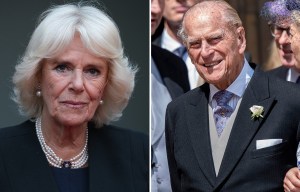 Another person said: "Sooo you mean to tell me out of all the things they don't tell you about pregnancy before and after you can get a whole tumor..."

"I had one on my gums when I was pregnant. I'm sorry your didn't go away after birth," one mom wrote.

One person said: "That's crazy" and added "hope you don't have to go through that again."