A WOMAN was shocked when she spotted an Amazon delivery driver taking a poo in her garden.

NHS counsellor Sharon Smith, 53, was cooking in her kitchen in Nuthall, Nottingham on July 26 when a van pulled up outside her home.

A man ran from the vehicle into her garden and Sharon followed him fearing he was stealing wood from her.

The mum-of-two then caught the man squatting among the trees and pooing on her property.

Sharon says after asking him to leave, she called the police.

She says the man turned out to be an Amazon driver who went on to deliver a parcel to one of Sharon's neighbours.

Police attended the scene and questioned the delivery driver who claimed he was desperate for the loo.

He said he was not feeling well and did not realise the grounds were part of a private garden.

The decision was made not to arrest the Amazon employee on the grounds that he would clean up the mess and his employer would be notified of the incident.

Sharon said: "I cannot express how shocked I was, I could not believe what I was seeing in this day and age.

"When he pulled up and ran to the garden, I thought he was a builder stealing wood or something so I chased after him."

Sharon said the man ignored her when she asked what he was doing.

"He just remained pooing whilst asking me what my problem was - the cheek of it," she said.

"He messed with the wrong woman - I'm a blue belt in taekwondo, and the anger and rage he saw was enough to put the fear of God in him.

"I made it clear I was calling the police and if he moved he'd regret it. He emerged from the bush quite aggressive but I was angrier than him so kept him there till my husband and then the police arrived."

She said the delivery driver then dropped off a parcel at her neighbour's house.

"To openly take a poo, that's just not the done thing! I even asked him - well, screamed at him - if he thought that was acceptable and he just said that he needed to go," she said.

"I think the bigger problem is what Amazon expect their drivers to do for toilet breaks as people will be reluctant to let them use their toilet due to Covid."

After reporting the incident to Amazon, Sharon was told that the driver would be removed from duties whilst they investigated what had happened.

Sharon has been promised a gift voucher that she is yet to receive as a goodwill gesture from Amazon. 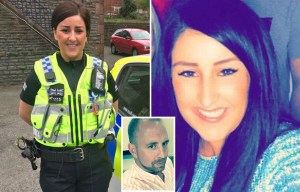 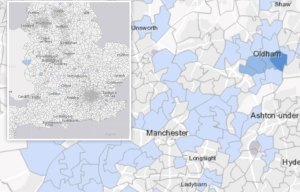 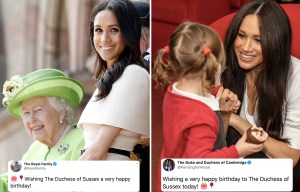 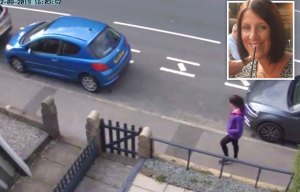 A spokesperson for Amazon said: "This does not reflect the high standards we have for our delivery partners.

"The driver will no longer be delivering on behalf of Amazon."

The Sun Online has contacted Nottinghamshire Police for comment.

Zidane on Jovic's future: anything can happen. I can't say anything until the window closes
Flick on Bayern's Interest in Kramaric: I know him well, but I haven't heard anything about it
We have three clubs in this group stage of the Champions League. How did campaigns with two end up?
Solskjaer on transfers: No news. Working with what we have, Manchester United have a big squad
Guardiola confirmed that Zinchenko will stay at Manchester City
Bayern won 5 trophies in a year. To repeat the record Barca need to take another
Flick took 5 trophies with Bayern after 40 matches
Source https://www.thesun.co.uk/news/12309867/amazon-delivery-driver-poo-garden-nuthall-nottinghamshire/

Tell us about local black-owned businesses with #IAMBOB

Dog’s life-saving £7,000 nose surgery has left him looking like the Gruffalo

CAUGHT ON CAMERA: Police release image of people to identify

How your menstrual cycle could increase your risk of dying young

Boy, 14, ‘found his mom bleeding to death after being hit in the head by stray bullet’ inside family home

Best Christmas gifts for kids for 2020

Senate approves bill to avoid shutdown, sending it to Trump

11 Democratic governors vow that all votes will be counted

'Coronavirus battle is far from over and everyone must follow rules'

Madeleine McCann cops get extra £350,000 to continue investigtion — taking total to over £12million

Challenge Cup at risk as SPFL seek assurances over schedule

Donald Trump backed to WIN US election after first debate - 'Biden hasn't got a hope!'

Cristiano Ronaldo will still be talked about in 300 years and Pirlo is perfect boss for Juventus star, claims Rui Costa

Philadelphia murder is latest in “epidemic of violence” against trans community, city says