Woman, 25, killed by truck tire that flew 400 yards from an overhead bridge before hitting her and severing her spine

A WOMAN has died after being hit and killed by a stray truck tire while walking her dog in what police are calling a "freak accident."

Kimberly Touchton, 22, was walking her dog in a trailer park near State Route 49 and Highway 11 in Georgia late Sunday when she was hit by a stray truck tire, police told the New York Post.

The impact severed her spine and broke her neck - but she was probably unaware of what hit her, according to Houston County Sheriff's Lt. Kent Bankston.

"[The tire] severed her spine," he said. "It broke her neck and although they did attempt life-saving measures out there on the scene, she was dead when she got to the hospital. I don't think she even knew what hit her."

Touchton's fiancé found her in the trailer park and she was rushed to a local hospital, where police say she was pronounced dead.

Bankston called the young woman's death "the most freak accident I've ever seen" in his 30-plus years working in law enforcement.

"I've been doing this for 33, 34 years and this is probably one of the most, if not the most freak accident I've ever seen," he said.

Brian Seth Carmichael, 25, was allegedly driving his 2003 Dodge Ram pickup truck along the highway when one of its tires became loose.

That's when it suddenly shot 400 yards from an overhead bridge into a trailer park below, fatally injuring Touchton, authorities said.

Cops said they used Carmichael's truck tag to track him down

He was taken into custody after authorities found his truck a quarter-mile from the scene of the accident, parked on the side of a road with its tire missing.

A tipster told investigators Carmichael told them he thought he "had hit something" while driving, cops said.

Deputies believe that Carmichael, who has already spoken with police, "knew what happened" after the tire flew off his truck, according to cops.

Carmichael was charged with failing to report an accident with injury or death and WMAZ said he was held on $2,600 bond late Monday.

Touchton, a student at Central Georgia Technical College, was memorialized in touching tributes posted to social media on Monday.

"I love you so much Kimberly Touchton I just don't know what to do without you! My heart is broken in two... she wasn't just some girl she was the most sweetest, forgiving, loving person you'd ever meet!!!"

"Her heart to have been made of gold because never any bad came from her!"

Dylan Davis, Kimberly's fiancé, was inconsolable with grief as he mournfully described her death as "losing part of his soul" the day after her death. 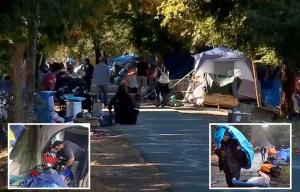 Inside the tent city that shames California where 3,000 homeless people live 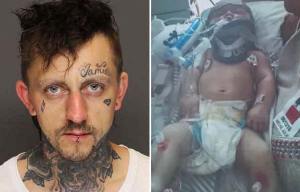 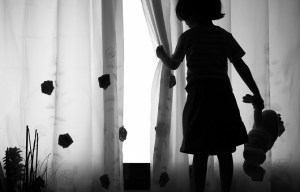 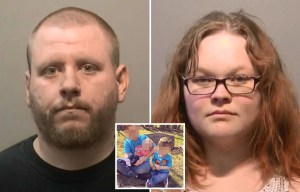 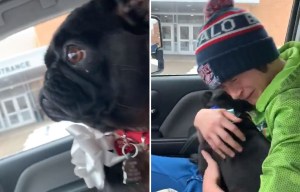 "I feel like my soul was being ripped from my body as the horrifying tragic end of my fiance [sic] kim [sic] was taken from me. My heart burned a hole so hot theres [sic] a black hole of neverending pain sorrow and death."

"I love you baby I always will I never could've imagined this even could happen we were so perfect together."

Indiana woman found dead with snake wrapped around her neck

Steaua and Serbia's Backa Topola played 6:6 in the Europa League. For the first time in the history of European competitions, both teams scored 5+
B-36, Senderyuske and Kolos from the village of Kovalevka. These teams, unlike Dynamo, reached the next round of the Europa League
💥 A Europa League match in which everything seems crazy: the score is 6:6, a comeback with five, a winning penalty shootout from the debutant goalkeeper
Depay may move to Milan from Lyon as part of a Package deal
Rafael Benitez: The rivalry with Jose was good for the game. Liverpool were able to compete with Chelsea
Liverpool can play Arsenal, Tottenham can play Chelsea in the 4th round of the League Cup
Coach of Lokomotiv Tbilisi: the victory over Dynamo made Georgians proud of us
Source https://www.thesun.co.uk/news/10573358/georgia-woman-killed-truck-tire-severed-spine/

Coronavirus spreads to the elderly in lockdown-hit areas of Wales

How did a 'cocktail of violence' engulf Mozambique’s gemstone El Dorado?

Timo Werner: In Leipzig I was the best I could be, I wanted to try something new

Senior US envoy holds talks in Taiwan amid Chinese drills

Ratched: How to recreate the gorgeous 1940s outfits in the Netflix series

'I was stressed but happy': weddings, Haitian style – a photo essay

Right now, children need a champion. But they are losing one | Polly Toynbee

Emmerdale spoilers: Cain and Moira disown Belle Dingle for not telling them Jamie was responsible for the hit and run

Every word from Sean Dyche on James Tarkowski, transfers and beating Sheffield United

Coronation Street spoilers: Daniel Osbourne steals from Geoff to help pay off Nicky’s debts after sleeping with her

EastEnders spoilers: Isaac accused of taking drugs after Amy Branning develops a crush on him

ADVERTORIAL: Liverpool locations in 1960s and 70s photographs have been identified

Gareth Bale has made Manchester United transfer decision even easier

How does City new boy Ferran Torres compare to Leroy Sane? He answers.

‘As far back as I can remember...’: Goodfellas is still the greatest gangster movie ever made

Ryan Murphy: All 15 of his shows ranked, from Glee to American Horror Story

Coronavirus latest: Here's what you need to know this Friday morning, September 18

Diggers set to move in and demolish former butchers