THE heavyweight rematch of the year is just days away!

Deontay Wilder and Tyson Fury go toe-to-toe once again as they battle it out in Las Vegas for the WBC heavyweight crown.

More than a year on from their spellbinding first encounter, both the Gypsy King and the Bronze Bomber will hope to take the belt and set up a possible unification showdown with Anthony Joshua.

It was a quite remarkable first meeting in December 2018 as two stars from both sides of the Atlantic went to war in Los Angeles.

Fury memorably climbed from the canvas late in the contest, forcing a dramatic draw after bobbing and weaving his way impressively through 11 rounds.

But a huge right-left combo in the last from Wilder looked to have ended the Mancunian's challenge - only for the 6ft9 giant to clamber back from the jaws of defeat and dance around the desperate American until the bell.

Both fighters have kept busy whilst the rematch was negotiating, with Wilder seeing off Dominic Breazeale and Luis Ortiz by KO to retain his WBC crown.

Whilst Fury continued to boost his profile with American audiences by beating both Tom Schwarz and Otto Wallin in Sin City, whilst he picked up new supporters with a bizarre stint in the WWE.

When is Fury vs Wilder 2?

The Gypsy King has fought twice in Las Vegas before, famously donning an Apollo Creed inspired outfit as he strode out to face Schwarz last May.

His profile has been boosted on US soil as a result and he's expected to have a huge supporter base at the MGM Grand.

With the fight taking place in America, it's going to be a late night for UK audiences.

How do fighters compare?

THE first bout between this pair was one of the most captivating heavyweight duels of the decade.

Fury is a more defensive and stylish boxer than Wilder, looking to weave and jab his way to success whilst also possessing power in his back pocket.

Whereas the Bronze Bomber is a knockout king with a devastating hook, sporting 41 KOs from 42 wins.

Wilder thought he'd done it again when in the final round of the bout sent Fury sprawling with an atom bomb of a right-left combo, only for Fury to somehow beat the count.

Both have an unbeaten record, with Fury boasting 29-0-1 after being taken all the way by Wallin in his last bout.

The American stands an imposing 6ft7, but is still towered over by man mountain Fury who is 6ft9.

Wilder has an impressive reach of 211cm yet Fury was able to out-jab him in the first fight due to an advantage of 5cm. 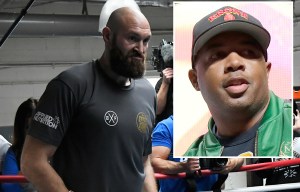 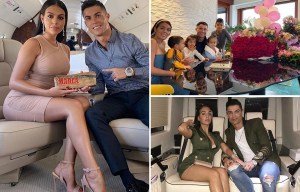 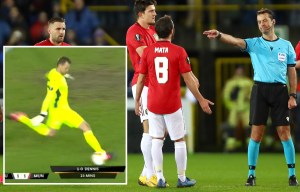 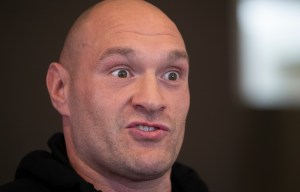 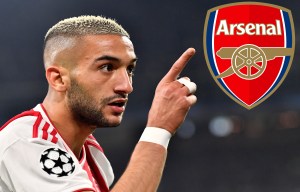 IT'S set to be a mammoth evening of boxing at one of the sport's most iconic venues.

On the undercard of the first bout we were treated to winning performances from Jarret Hurd, Luis Ortiz, Joe Joyce and Isaac Lowe.

The bill this time features an eliminator match-up between Martin and Washington in the IBF stakes.

As the former IBF world champion, Martin is seeking a route back to the top having lost his belt to Anthony Joshua in 2016.

The fights currently confirmed are:

What are the fight odds?

AS was the case in the first fight, there will be plenty of cash riding on the outcome.

The bookies struggle to split this pair and the odds are incredibly close as Wilder and Fury embark on their respective camps.

Currently you can get evens on Wilder defending his crown, with the Gypsy King the odds-on favourites at 10/11.

If you fancy a draw - and then perhaps a trilogy - that's priced up at a whopping 18/1.

Here's some selected bets ahead of fight night:

How to transform a small outside space into a dream garden