Kate, Duchess of Cambridge, 37, and Prince William, 37, delighted royal fans earlier this week in a special Christmas cooking programme with TV chef Mary Berry. The Cambridges were out in force again today for the Queen’s annual Christmas lunch for family members at Buckingham Palace. While Kate was snapped driving Princess Charlotte, four, and Prince Louis, one, Wills arrived in a separate car with Prince George, six.

Why did Prince William and Kate arrive separately to Queen’s Christmas lunch?

Princess Charlotte and Prince George broke up from school for the Christmas holidays last week and were able to join their parents and younger brother Prince Louis for a special gathering at their grandmother’s today.

While Royal Family members get together for Christmas at Sandringham every year, Queen Elizabeth II also hosts a festive family lunch at Buckingham Palace ahead of the holiday.

While the Cambridge clan are a tight unit and Wills and Kate are both hand-on parents, some fans were puzzled to see them arriving at Buckingham Palace in separate cars. 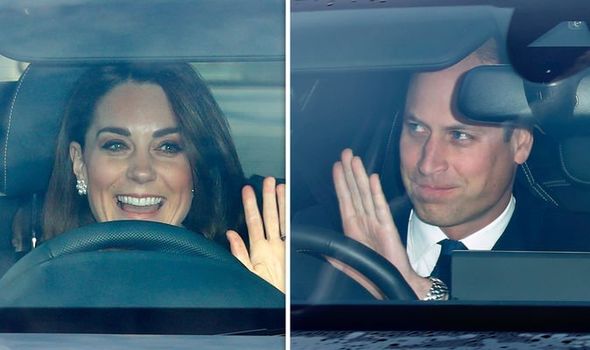 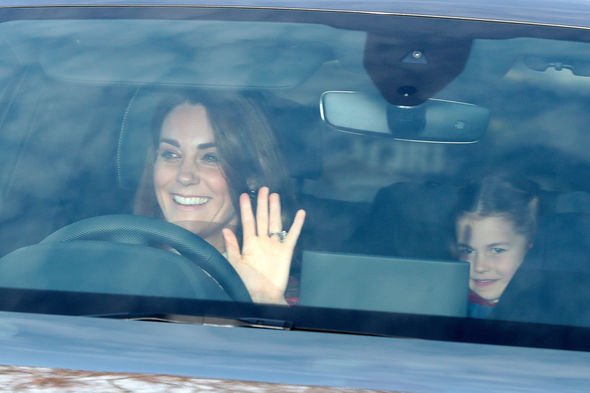 The real reason for this seems to have been purely practical.

As both Kate and Wills travel with royal protection officers they would not have fit in the same car with their three children too.

This meant Prince William drove George, six, to the event and Kate ferried their two youngest Princess Charlotte and Louis in her car.

While in previous years Wills and Kate have spent Christmas Day with the Duchesses’ parents they are expected to be with the Queen this year. 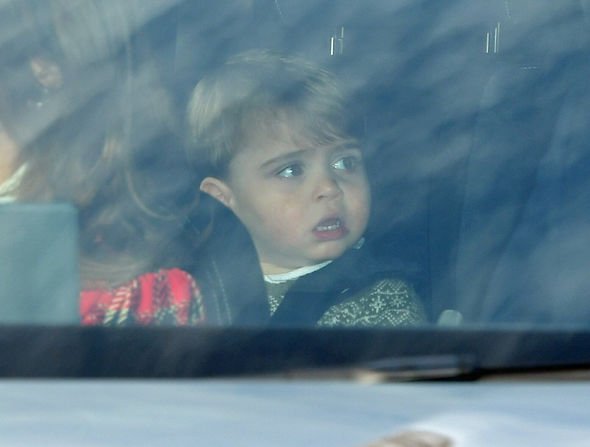 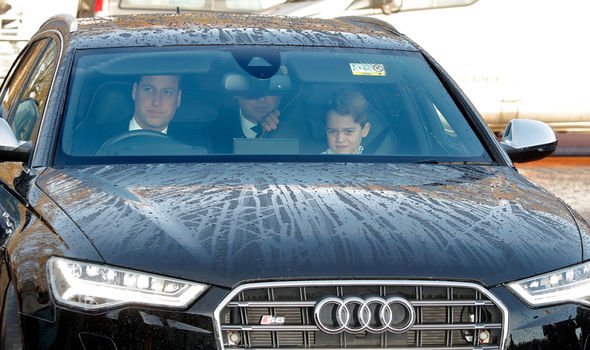 Meghan Markle and Prince Harry were conspicuously absent from the pre-Christmas get together as they enjoy time off from royal duty.

The Duke and Duchess of Sussex are said to be in the USA where they are spending downtime with their baby Archie Harrison and Meghan’s mother Doria Ragland.

While it is not known where the Sussexes will spend Christmas they have confirmed they will skip Sandringham and celebrate elsewhere with Doria.

Following a turbulent few weeks for Prince Andrew in which he withdrew from his royal role, his appearance at Buckingham Palace shows the family are united around him.

The Duke of York chose to step back from royal duty after an interview he gave about his links to paedophile Jeffrey Epstein prompted fierce backlash.

Princess Beatrice, 31, is in the process of planning her wedding to Italian property developer Edward Mapelli Mozzi which is due to take place next year.

While a royal wedding date is yet to be officially announced, it is understood it will take place in June 2020. 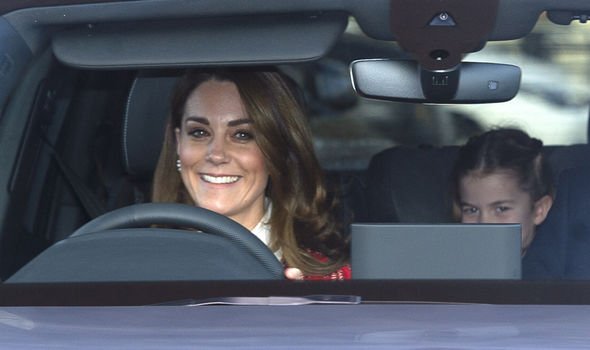 The Queen was reported to have been waiting for the general election to be out the way before confirming a date for the royal nuptials.

Royal insiders have said the announcement will be made in January.

The furore surrounding Prince Andrew has overshadowed Bea’s wedding plans in recent weeks and she was even forced to cancel her engagement bash, according to the Mail on Sunday.

However, it is understood Bea has rescheduled the party so Prince Andrew can attend under the radar.

Barcelona's Interest in Isak Increased after Koeman's appointment. Larsson has a high opinion of the player (Mundo Seportivo)
Manuel Pellegrini: When you play against Real Madrid and var, it's too much
PSV and Porto are Interested in Barcelona midfielder PUC. He doesn't want to leave the club
Puyol about Barcelona: If we want to win the championship, we need to perform very well
Schalke sacked Wagner. The team has not won the Bundesliga since January
Iacini on 3:4 with Inter: Even a draw would be an unfair result, given how many chances Fiorentina created
Ramos Pro 3:2 with Betis: the Referee tried his best and didn't do anything intentionally
Source https://www.express.co.uk/news/royal/1218849/Kate-Middleton-Prince-William-news-queen-Prince-George-Princess-Charlotte-Prince-Louis?utm_source=feedburner&utm_medium=feed&utm_campaign=Feed%3A+daily-express-news-showbiz+%28Express+%3A%3A+News+%2F+Showbiz+Feed%29

Bars in Parliament do not have to follow the 10pm curfew

"Billionaire' Donald Trump paid $750 in federal taxes and $70,000 on hairstyling

Police say losing mobile phone is not a 999 call

The Fragrance Shop slashes up to 70% off products with prices starting at £2.50

Us: How does the BBC series differ from David Nicholls’ book?

AP Top 25 Reality Check: Big Ten back in poll, not on field

Tell us which is Bradford's most dangerous road for speedsters

Almost 70 new homes could be coming to Backworth

Inside luxury apartments going on sale in North Tyneside

Coronavirus map LIVE: London and the North face two week lockdown if cases do not fall

New fines up to £10,000 for not self-isolating come into force

My streaming gem: why you should watch Road to Bali

Disappointing news Princess Charlotte faced when she went back to school

Saudi Arabia: G-20 gathering of world leaders to be virtual

Haul of weapons and FIVE tasers seized as man arrested

Labour warns million of workers 'consigned to the scrap heap'

Coronavirus: Public warned that police will ‘enforce the law’, as fines for refusing to self-isolate come into force

Fulham vs Aston Villa prediction: How will Premier League fixture play out tonight?