MEGHAN Markle opened up in a teaser clip to Oprah Winfrey about the reason Archie wasn't going to be made a Prince.

The explosive interview is set to air on CBS at 8pm.

What did Meghan Markle say to Oprah?

The dramatic clip between Oprah and Meghan shows the longtime host asking Meghan why she thinks the Queen didn't want to make Archie a Prince.

"How do they explain to you that your son, the great grandson of the Queen, wasn’t going to be a Prince?" said Oprah.

"You certainly must have had some conversations with Harry about it and have your own suspicions as to why they didn’t want to make Archie a Prince. Why do you think that is?

Meghan cryptically responds: "I can give you an honest answer."

NEW: A teaser clip just aired on @cbs in which @Oprah asked Meghan why Archie (a “great-grandson of *The Queen, says Oprah) wasn’t made a Prince.
We weren’t given Meghan’s answer.
Not yet ... pic.twitter.com/ZCvlTt259P

How old is Archie?

Archie Harrison Mountbatten-Windsor was born May 6, 2019 making him one-year-old.

He was christened exactly two months after his birth. He is seventh in line to the throne and is the eighth great-grandchild to Queen Elizabeth II.

How can I watch Meghan and Harry's interview with Oprah?

The Oprah interview will be the first time Meghan has done a major network interview since the couple gave up their senior royal titles and moved to California.

A global TV audience of hundreds of millions in 70 countries is expected to watch the two-hour interview at 8pm in the US (1am UK time).

The interview titled Oprah with Meghan and Harry; A CBS Primetime Special is set to air on Sunday, March 7 at 8pm PST/EST (1am UK time) on CBS.

It will also be available online via their live TV player. 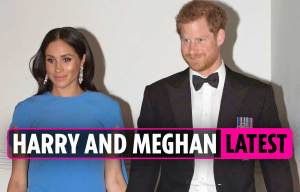 The Queen 'to ignore Oprah circus' ahead of bombshell chat 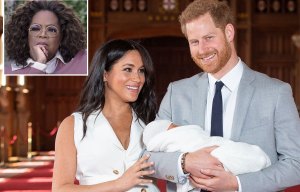 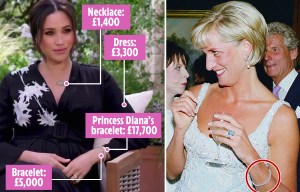 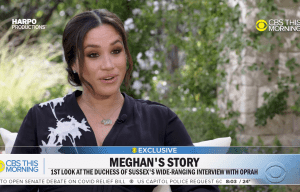 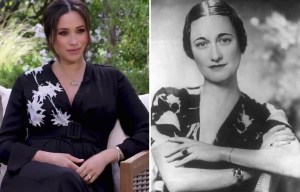 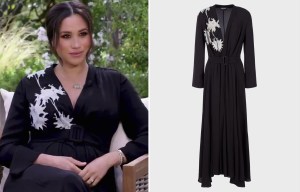 For UK viewers, you will have to wait until the following day - Monday, March 8.

ITV are set to show the interview in full from 9pm.