The phased-out extension until the end of September will guarantee workers 80 per cent of their salaries, with employers set to contribute 10 per cent toward the total in July and 20 per cent in August and September.

Mr Sunak has pledged to “continue doing whatever it takes to support the British people and businesses through this moment of crisis”.

But why is the scheme going to run beyond the end of the government’s lockdown-easing roadmap for England, which envisages the lifting of all social restrictions by 21 June?

The “relatively generous” September extension is an admission that businesses hit particularly badly by Covid-19 may require extra time to recover once restrictions are fully lifted, according to Paul Johnson of the Institute for Fiscal Studies.

He told BBC Radio 4’s Today programme: “I think the thinking behind that is that there will be some businesses that are still struggling with demand, struggling to get back on their feet so giving them two or three months of grace will help to ensure that jobs are maintained.

“Remember the chancellor tried to do this last summer – he was intending to phase out furlough over the summer and early autumn and of course that couldn't happen because of the return of the virus.

“The key thing now is that this really does end in September because we really do move back to normal.”

Rain Newton-Smith, chief economist at the Confederation of British Industry, agreed that the extension would “give businesses the chance to catch their breath as we carefully exit lockdown”.

She added: “It’s common-sense to keep the scheme going while business resilience remains so fragile for some months yet.” 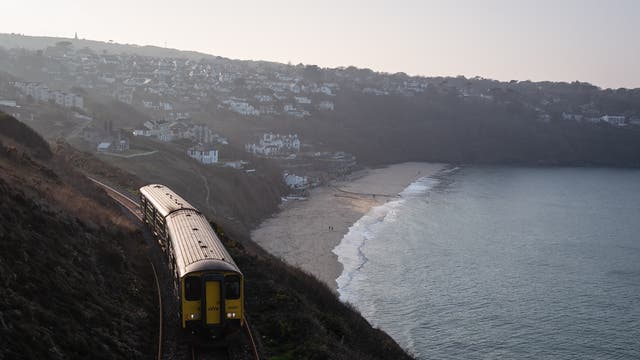 And Torsten Bell, the head of the Resolution Foundation economic think-tank, said Mr Sunak’s extension reflected a belief that social distancing measures would indeed be gone by the time furlough ends in September.

He tweeted: “Choosing a simple phase-out by employer contributions rather than more complex part-time working reflects a judgement that we're on a clean exit from the pandemic, ie you wont have any large employing sectors affected by ongoing social distancing restrictions by September.

“Hopefully that's right – but clearly what we actually do furlough policy wise needs to reflect what actually happens ie if a nasty variant turns up/vaccines can't handle it enough to avoid restrictions lasting then we'll need to revisit this.

“This fairly long extension and phase out also reduces some of the pressure of matching furlough scheme to the different (but not that different) paces of restriction easing across the UK's nations (and possibly regions).”

Mr Bell also warned, in an interview with Times Radio, that “when it comes to unemployment the more difficult part of this crisis is ahead of us rather than behind us”. Businesses “do need time to get their business up and running and people's behaviour needs to go back to normal”, he added.

Meet the Newland Avenue folk fighting back against street's criminals

Who was Samantha Class, the Hull mum found strangled in the Humber

‘Unacceptable’ problems in getting period products behind bars – inspectors