CELEBRITY Bake Off continued tonight (April 7), with a new batch of famous names trying their hands at baking in the big white tent.

This week saw a maths genius, a model, a judge and a comedian trying to impress the judges.

Who was on Celebrity Bake Off tonight?

Tonight (April 7, 2020) was the fifth episode in the celebrity spin-off series.

Carol, 59, is a Welsh TV personality who is most famous for hosting game show Countdown.

The talented star studied engineering at the University of Cambridge, before working as a junior civil engineer at Dinorwig Power Station in Wales.

After landing her gig on Countdown in her early twenties, she has gone on to star in many TV shows such as Loose Women from 2011 until 2014, Have I Got News for You, The Sunday Night Project and Lorraine.

Kelly, 40, is an English actress and model.

The girl from Kent got her big break when she landed a presenting gig on The Big Breakfast back in 1999.

Kelly is a regular panellist on Celebrity Juice and Loose Women.

Robert Rinder, 41, is a lawyer, but he is best known as Judge Rinder on his ITV show.

He was called to the bar in 2001 after graduating with a double first in politics, modern history and art at Manchester University.

He was then accepted for a pupillage at a top chambers on London, 2 Paper Buildings.

During his legal career he has been involved in several high-profile cases, once defending British Serviceman charged with manslaughter over the deaths of Iraqi detainees.

Mo, 32, is a British comedian from London.

He rose to fame in 2017 when a sketch he uploaded to Twitter about different types of DJ got a million hits in 24 hours.

One of his comedy characters, the geezer has the catchphrase "Bring me a coupla cans" which has been shared and liked by Drake and Stormzy.

Who was named star baker of Celebrity Bake Off 2020 tonight?

Carol was given the title of star baker in episode five after impressing the judges with her baking skills.

Despite some tough competition from the three other contestants, the math whizz reigned supreme.

She was utterly shocked when her name was called but to her competitors, she was the sure winner.

Kelly, Mo and Judge Rinder congratulated her after her win. 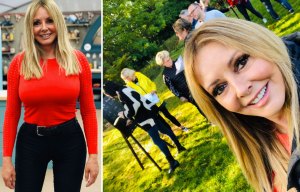 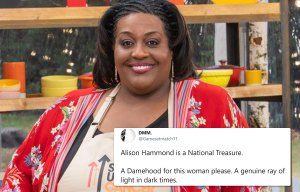 Celebrity Bake Off fans demand Alison Hammond is given a DAMEHOOD 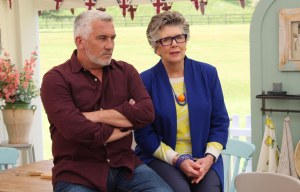 Has The Great British Bake Off been cancelled due to coronavirus? 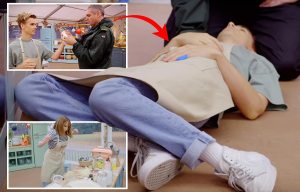 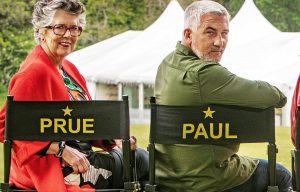 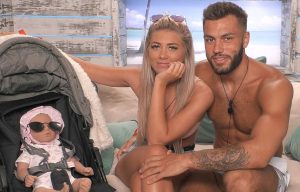 Love Island, Britain's Got Talent & Bake Off at risk over coronavirus 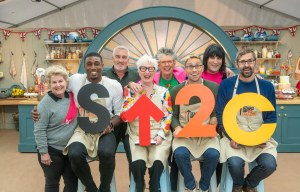 Celebrity Bake Off 2020 - when does it start and how many episodes? 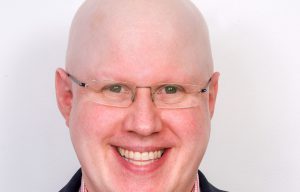 Yeah but, no but

Who is new Bake Off host Matt Lucas and what's his net worth? 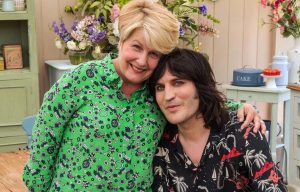 RISING TO THE CHALLENGE

Who is the new Great British Bake Off host replacing Sandi Toksvig?

The final episode of the series will air on Tuesday, April 14.

If you miss all the fun, you can catch up shortly after on Channel 4+1.

This year the aim will be to raise money for the charity campaign, Stand Up To Cancer.

Ex-city defender Onuoha: I never felt safe in the US. If the police don't like it, you can lose your life
Barcelona wants to bring back 19-year-old Manchester City defender Garcia. The English are not going to let him go
Gianni Infantino: We must all say no to racism and violence. In any form
Barcelona for 4.5 million euros will buy 70% of the rights to 19-year-old forward Sao Paulo Maya
Martin Ødegaard: Sociedad wants to get into the Champions League is a dream. It's hard to fight Real Madrid and Barca, but we can fight the rest
Newcastle midfielder Longstaff is close to a move to Udinese. His salary will increase by more than 30 times
Milan defender Duarte was injured. This is the second injury at the club after resuming training
Source https://www.thesun.co.uk/tvandshowbiz/11344274/celebrity-bake-off-episode-five/