Who was eliminated from Strictly TONIGHT and which celebs are still in the competition?

STRICTLY Come Dancing returned to our screens tonight as the remaining contestants battled it out in the ballroom.

But who still in the show and who's been given the boot? Find out below...

Which Strictly contestants are still in the competition?

It feels like Strictly 2019 has only been with us for five minutes, but already, fans have had to say goodbye to some of their favourite celebs.

Here who's still in the competition:

Of the new challenge, the 35-year-old said: “It’s been the most surreal week of my life. I’m a massive fan of Strictly so it’s incredible. I’m so happy that I can be a part of it.

“But at the same time it’s quite bittersweet as I’m coming in on the back of Jamie’s injury.

“I can’t imagine going through all this excitement and then having to pull out. My thoughts are with him – he seems like a fantastic guy and I hope he’s doing OK.”

Former England and Arsenal defender, 34, has made an impressive transition from women’s football to television punditry, even managing to impress Graeme Souness on Sky Sports.

Now, it is her turn to face the feedback from the Strictly judges.

Sportswomen have an average record on Strictly, with Olympic track and field athlete Denise Lewis doing the best, coming second way back in 2004.

It was revealed on Julia Hartley-Brewer's talkRADIO breakfast show that Paralympic table tennis player Will Bayley is joining Strictly.

Will has an impressive record and is ranked world number 1 in his field.

He was also triumphant at the 2016 Summer Paralympics Games winning a gold medal.

Will was born with arthrogryposis, which affects all four of his limbs.

RuPaul's Drag Race star Michelle said she was "over the moon" as she was revealed on the Lorraine show - after The Sun broke the story in July.

The former pop singer, 50, has become an LGBT icon after eight years on the outrageous drag queen competition — which has a cult following amongst millennials.

Emma is an English chef, model and philanthropist, who is a brand ambassador for Fiorucci.

She has also modelled for Dolce and Gabbana.

Born March, 19, 1986 the 33-year-old runs her own lifestyle website and has an online show, entitled Emma’s Kitchen.

She is married to Cawlin Thynn, the son of Alexander Thynn, 7th Marquess of Bath, and is a contributing editor of British Vogue.

Speaking about joining Strictly Come Dancing 2019 on Gaby Roslin's BBC Radio London show, she said she was relieved that the cat was finally out of the bag after months of secrecy.

Karim, 19, is a children’s TV presenter, who began his career as an actor, starring in CBBC’s fantasy series The Sparticle Mystery.

Of joining the series, he said: “To be offered the chance to take part in Strictly is dumbfounding, I’m pinching myself! I’m so excited to be Strictlified.

“I want the lot. The skimpiest of clothes, the widest of flares, the brightest of colours and the tallest Cuban heels a guy can find!”

The news was confirmed on the morning show after The Sun previously revealed that sports presenter Mike, 53, who is notorious for making cock-ups live on TV, will be taking part.

Speaking about taking part he said: "It feels like a weird dream. I am flying the flag for dad dancers."

He added: "I will try not to fall over. I am not underestimating the physical task.

"I feel sorry for who I am coupled up with!"

Former Coronation Street actress Catherine, 35, is getting ready to put on her dancing shoes.

Speaking about joining the dancing show she said: "I am so excited.

"I love to dance on a night out if I have had a couple of drinks, but I can't actually dance.

"I think choreography is what I am going to struggle with. I am terrified.

"When I was at theatre school I always swerved dance classes because I was so big. It will be like therapy!"

The vlogger follows in the footsteps of fellow YouTuber Joe Sugg, who reached the final in 2018 with his now-girlfriend Dianne Buswell.

As of April 2019, Saffron has over two million subscribers to her YouTube channel, with her videos mostly focusing on beauty, fashion, lifestyle and music.

They released their debut track 24seven in March 2015 - but they broke up soon after.

Emma, 42, who is best known for her role as Honey Mitchell in the BBC One soap EastEnders, said she was "over the moon" when she got the call.

The actress said: "I'm the biggest fan. Now I'm thinking have I done the right thing by saying yes?"

She has stage experience, having played lead role Roxie Hart in the musical Chicago in 2009 during her six year break from the soap.

She returned to EastEnders in 2014.

Chris, 32, is a regular on stand-up and panel shows and hosts his own comedy programme.

In 2016 he presented I'm A Celebrity spin off Extra Camp alongside Joe Swash, Vicky Pattison and Stacey Solomon.

He admitted he was happy to finally be starring in something his young son can watch.

The football star played for clubs including Liverpool, West Ham and Man City over a 26 year career.

He was also England's number one following the retirement of David Seaman, who himself went on to star in Dancing On Ice.

Who's left Strictly so far?

As wonderful as Strictly is, it's always sad when a celeb has to leave the competition.

Here's who's been eliminated so far...

Dev is best known for presenting on BBC Radio 1 after kicking off his career on children's TV.

Speaking about his upcoming Strictly adventure, Dev admitted that he is determined to win this year's series of the show.

"It’s going to be so much fun, but just to be clear, I’m not doing this to take part, I’m totally in it to win it!

Unfortunately he danced his last tango on October 13, 2019.

Anneka is a TV legend whose former hit show, Challenge Anneka, aired 30 years ago on the BBC.

And while producers had missed out on the opportunity to sign the 60-year-old in 2018, it was confirmed to be a done deal on Steve Wright In The Afternoon on BBC Radio 2.

She launched Challenge Anneka in 1989. It ran for five years before returning on ITV for four specials in 2006 and 2007.

Anneka, who has been in a relationship with writer Simon Bell for 14 years, has three children from two previous relationships.

Unfortunately for Anneka was booted off the competition in week three.

James is a British athlete, rowing champion and double Olympic gold medallist and will probably be the most fiercely competitive contestant in the show’s history.

He was appointed OBE for "services to sport" in the 2005 New Year Honours List.

Sadly for the athlete, dancing was not his strong suit and he found himself being the first star to get the boot from the show along with his partner Luba Mushtuk.

Why did Jamie Laing quit Strictly

Jamie Laing had to pull out of Strictly Come Dancing following an injury.

The Made In Chelsea star announced on Thursday, September 5 he had injured his foot and would not be competing in the competition.

His injury was shown on the launch show on September 7.

Who is hosting Strictly Come Dancing 2019?

Also, the evening show It Takes Two will also be back.

In April 2019 it was announced that Rylan Clark-Neal would be co-hosting with Zoe Ball.

Zoe took over the Radio 2 Breakfast Show in January, so has a big commitment there. 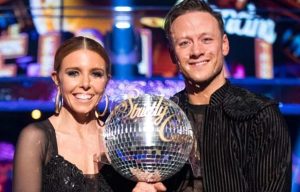 What happened to Katie Piper and what did she look like before the acid attack? 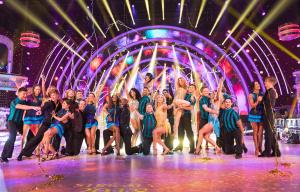 We reveal where Strictly Come Dancing films its famous show 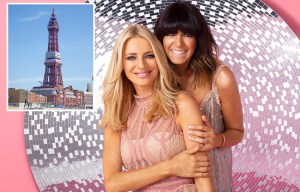 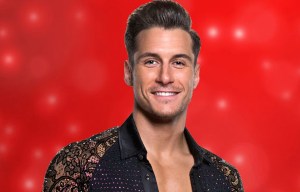 Why is Gorka Marquez not in Strictly Come Dancing 2019?

However in April 2019, Darcey Bussell announced that she would be resigning as judge.

She is being replaced by Strictly pro Oti Mabuse's sister Motsi.

Кад Cadiz returned to La Liga after 14 years
Pioli about 2:2 with Napoli: One point is a good result
Gattuso on Milan's penalty: the Rule needs to change. Jumping with your hands behind your back is another sport
Milan will offer 25 million euros for Celtic defender Ayer
Klopp on plans: Four years at Liverpool. After that, I want to do nothing for a year
Rogers Pro 1:4 with Bournemouth: Leicester play well only 45 minutes after the break
Inter and Roma are Interested in Garay
Source https://www.thesun.co.uk/tvandshowbiz/8014660/strictly-come-dancing-line-up-eliminated/

Virus immunity 'could be lost within months' of symptoms arising, study claims

Croatia this summer: three areas to visit without the crowds

Alternatives to selling sheep at markets this autumn

'It takes a toll': researchers struggle with lockdown cull of lab mice

Naomi Klein: 'We must not return to the pre-Covid status quo, only worse'

Leigh Griffiths has been given Celtic wake-up call - Keith Jackson

Jonatan Johansson warns Rangers there will be offers for Alfredo Morelos.

How should Neil Lennon deal with Leigh Griffiths after Celtic axe? - Monday Jury