HOUSE Republicans voted to remove Liz Cheney as chair of the House Republican Conference on Wednesday, May 12.

Her colleagues voted against her for her continued repudiation of former president Donald Trump's claims about the validity of the 2020 election.

Read our Liz Cheney live blog for the very latest news and updates...

Rather, he told his fellow party members to "vote by voice" to show unity.

"What happened today was said," Kinzinger said. "Liz committed the only sin of being consistent and telling the truth. The truth is that the election was not stolen."

What did Liz Cheney say in the meeting?

Before her colleagues cast the vote that ousted her from her position, Cheney reportedly begged them to stop throwing their support behind Trump, The New York Times reported.

“We must go forward based on truth,” she said. “We cannot both embrace the big lie and embrace the Constitution.”

She also said that continued Republican support of Trump would bring "destruction" to the US and possibly the destruction of the entire Republican Party.

What did Trump say about Liz Cheney?

Trump issued a series of statements applauding her removal from her leadership position.

In one statement, he called her a war-monger and a Democrat talking point.

In another, Trump called Cheney a "poor leader" and a "person with absolutely no personality or heart."

Cheney said she planned to seek reelection in 2022. Trump has said he would find a challenger to oppose her in the election.

Who will replace Liz Cheney as the chair of the House Republican Conference?

It is not clear, yet, who will replace Liz Cheney as the chair of the House Republican Conference, but there are some "favorites." 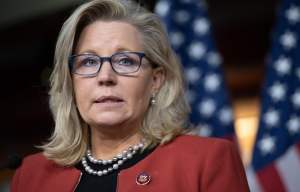 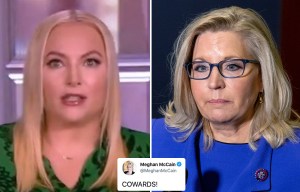 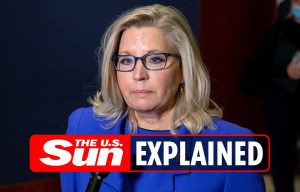 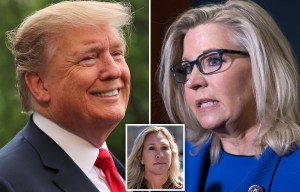 Trump slams Cheney 'as a bitter, horrible human being as GOP mocks removal 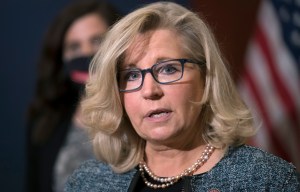 New York Rep. Elise Stefanik is one of the representatives expected to replace Cheney.

The Republican from New York was at the time the youngest woman ever elected to Congress when she won her election in 2015.

However, her support of Trump is reportedly making her a shoo-in to replace Cheney as the chair of the House Republican Conference.

Liz Cheney on Trump: He shouldn't play a role in the future of the Republican Party