Thom resigned from his role with the Cincinnati Reds in September after being caught using an anti-gay slur live on air.

Who is Polly Brennaman?

Polly Brennaman is the wife of sports broadcaster Thom Brennaman.

She and husband Thom have two children together, Ella Mae and Luke, and they in Cincinnati, Ohio.

Not much is known about her career, but she is thought to be a housewife and often does charity work, according to Aussie Celebs.

Who is Polly's husband Thom Brennaman?

Thom Brennaman is a sports commentator.

He is the son of Hall of Fame broadcaster Marty Brennaman and has called major league games for 33 years.

He has been with Fox Sports for the past 27 years, covering mainly baseball and football.

The broadcaster was suspended from working on Cincinnati Reds games earlier this year after he was caught making a homophobic slur while on air.

What did he say that got him suspended?

The 56-year-old did not seem to realize he was on air when he was caught on hot mic saying, "one of the f*g capitals of the world" during the seventh inning in the first game of a doubleheader at Kansas City.

Brennaman used the homophobic slur after the Fox Sports Ohio feed returned from a commercial break.

The Reds took Brennaman off the broadcast in the fifth inning of the second game as news of the incident filtered through social media.

It is not clear what the context of the comment was.

Polly and Thom's children have stayed silent on his incident.

Thom apologized for the homophobic comment he made during the game, addressing the camera while doing so.

"I made a comment earlier in the night that I guess went out over the air that I am deeply ashamed of. If I have hurt anyone out there, I can't tell you how much I say from the bottom of my heart I'm so very very sorry. 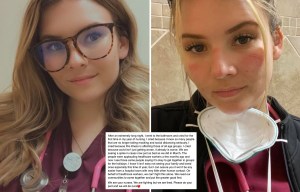 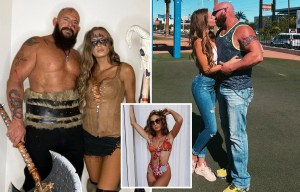 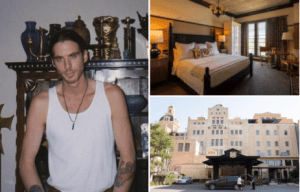 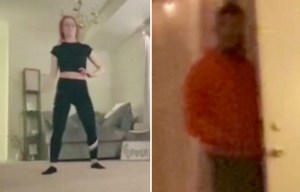 "I pride myself and think of myself as a man of faith..." he was then interrupted to return back to baseball action reporting.

"For the Reds, for Fox Sports Ohio, and for the people I work with, for anybody that I've offended here tonight. I can't begin to tell you how deeply sorry I am. That is not who I am..."

Real Madrid are not quite happy with Mehndi. Garcia from Rayo and Gutierrez from Castilla are candidates for replacements
Yarmolenko scored for West Ham for the first time since September
Willian has scored 2 goals in 20 Arsenal games
Milan striker Leau will release a rap album
Police have referred Giggs' case to the Crown Prosecution Service. Ex-Manchester United player accused of assaulting a girl
Roma delivered sleeping bags, masks and hats to the Roman homeless. 10 homeless people have died in the last three months in the city
Mikel Arteta: Willian and Pepe tried their best. They have a desire
Source https://www.thesun.co.uk/news/13351569/thom-brennaman-wife-polly-brennaman/

Nightclubs boss denies cleaner's claims she worked while on furlough

Police called for as 100 surfers descend on Cornish beach

What can you can be fined for during lockdown

Council tax could be hiked by HUNDREDS of pounds in Labour councils, analysis suggests