TOMMY Lee is known across the world as an international rock star.

And he has certainly led a rock and roll lifestyle - here's what we know about the rocker and former husband of Pamela Anderson...

Who is Tommy Lee?

He is a founding member of the heavy metal band Motley Crue, which was formed in 1981.

As well as being the band's long-term drummer, Tommy also founded rap-metal band Methods of Mayhem and has pursued solo musical projects.

Tommy has also dabbled in TV, and in 2004 starred in a reality show Tommy Lee Goes to College.

Tommy has amassed an estimated worth of £51.2 million, mainly through being in Motley Crue and touring.

When were Pamela Anderson and Tommy Lee together?

The pair, who married on a beach with Pamela in a bikini, divorced three years later in 1998.

Despite the split, the couple has been very on and off over the years, and reunited after he was released from prison, and then again in 2008.

The couple have two sons together - Brandon Thomas Lee, 20, and Dylan Jagger Lee, 19,

On March 5, 2018, Tommy slammed Pamela for bringing up their relationship during her interview with Piers Morgan, when she talked about him assaulting her.

The couple were also famously the victim of a stolen sex tape in 1995.

Who else has Tommy Lee been married to?

Tommy has been married four times.

Before Pamela, he was married to Elaine Starchuk in the early 80s, but they later divorced. 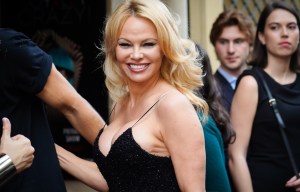 How many times has Pamela Anderson married and who are her ex-husbands? 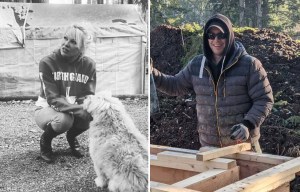 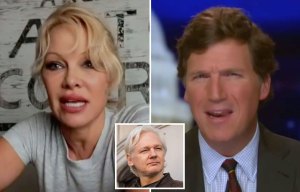 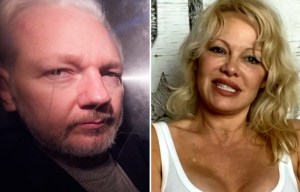 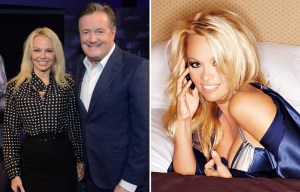 Who is Pamela Anderson dating now?

Pamela Anderson has tied the knot for the fifth time, according to The Daily Mail.

Dan Hayhurst is the husband of Pamela Anderson after serving as her bodyguard.

They were married on Christmas Eve at her home on Vancouver Island, the Daily Mail reported.

"I'm exactly where I need to be - in the arms of a man who truly loves me," she told the outlet.

Hayhurst lived locally on Vancouver Island when the couple met during the coronavirus lockdown in 2020.

She believes she has come full circle and added: "I am in love. We were married Christmas Eve with both our families' blessing, everyone we know is happy for us."

"I was married on the property I bought from my grandparents 25 years ago, this is where my parents were married and they are still together. I feel like I've come full circle."

President of Atalanta on the refereeing of the match with Real Madrid: It was a shock. The referee is either inadequate, not ready for the Champions League match, or psychologically dependent
Otamendi on Guardiola: A monster. There is nothing better than working with such a coach
Henderson is out until at least April after surgery due to a groin injury
Barca presidential candidate Font on Laporte: The impression that the king is naked, and no one dares to say it
Manchester United still have an Interest in Kunde, but do not want to pay 80 million euros in compensation for the defender of Sevilla
In 2013, the former players of the Russian national team invested more than 200 million rubles in the bank. The money is still not returned
Lucescu about Dynamo Kyiv in the 1/8 finals of the Europa League: If they had said this in the summer, no one would have believed it
Source https://www.thesun.co.uk/tvandshowbiz/5736025/tommy-lee-married-pamela-anderson-motley-crue-fathers-day-brandon/

Liverpool hit by double blow due to Jordan Henderson injury