Who is Miguel Ángel Félix Gallardo and where is he now?

OVER the course of two seasons Narcos: Mexico has chronicled the rise and fall of one of the most influential and rarely discussed drug lords of all time.

Though he came from next to nothing, Miguel Ángel Félix Gallardo ascended the ranks to become head of the Guadalajara Cartel.

Who is Miguel Ángel Félix Gallardo?

Miguel Ángel Félix Gallardo is one of the biggest drug traffickers in Mexican history.

He is also the founder of the modern Mexican drug trade.

Commonly known by his nickname El Padrino (The Godfather), Gallardo formed the Guadalajara Cartel in the 80s.

He controlled almost all of the drug trafficking in Mexico and the corridors along the US border.

Gallardo is currently serving a 37-year sentence at a maximum security prison in Mexico.

He was eventually convicted for the murder of DEA Agent Enrique Camarena in 1989.

After his incarceration Gallardo still remained one of the biggest traffickers in Mexico.

In the ’90s he was transferred to the Altiplano maximum security prison.

Once there he lived in an 8 by 14 foot cell that he was not allowed to leave.

As Gallardo got older he started to complain of the jail’s poor living conditions and began the appeals process to serve the rest of his sentence under house arrest.

In December of 2014 he was transferred to a medium-security prison in Guadalajara due to his declining health, and in February of 2019 his request for house arrest was denied.

Who were the Guadalajara Cartel?

Guadalajara, the leafy capital of Jalisco state in the west of Mexico, has long been regarded as a seat of power for the cartels who control drug trafficking from South America to the US.

In the late 1970s, a government crackdown on heroin and cannabis producers forced many drugs lords from Sinaloa to Guadalajara.

Dozens of kingpins formed the new Guadalajara Cartel in around 1980.

Their names still instil fear almost 30 years after the cartel was broken up.

Gallardo, known as El Padrino or The Godfather, at one point effectively ran the drugs trade in the whole of Mexico.

His Guadalajara Cartel were among the first in Mexico to conspire with Colombian cocaine mafia groups to traffic their product to the US.

They prospered from the trade, allegedly under the protection of Mexico's DFS intelligence agency.

But Quintero and Carrillo were eventually arrested and Gallardo was forced underground.

Gallardo convened the country's top narcos at a house in Acapulco to divide up the turf - before he too was arrested in 1989.

Quintero, jailed for 40 years for killing a DEA agent, was mistakenly released from jail in 2013 and is now a fugitive with a $20million bounty offered for his arrest.

Carrillo and Gallardo are still in prison.

El Chapo, a member of the Guadalajara Cartel, went on to form the Sinaloa Cartel that controlled much of Western Mexico for the next two decades.

Recently, battles for control among the various mobs that sprang up from the Guadalajara Cartel have led to a full-blown Mexican Drugs War. 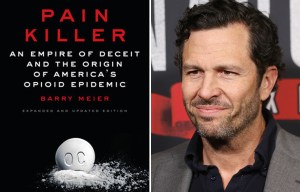 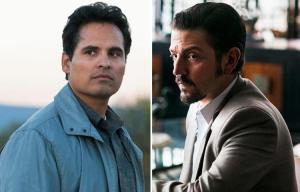 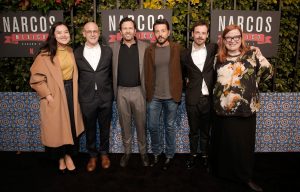 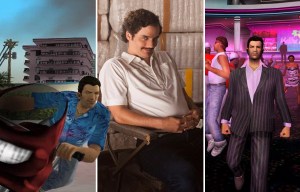 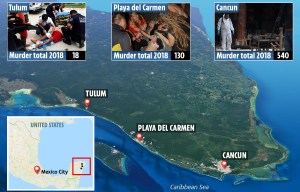 Holiday hotspots in Mexico plagued with 700 murders in one year

Gallardo is played by Rogue One: A Star Wars Story actor Diego Luna in Narcos: Mexico.

The Mexican actor has appeared in many films, including Y tu mamá también, Milk and Rudo y Cursi.

The character in the Netflix version is described as: “Quiet but bold, inscrutable but sharp-minded, and a benevolent leader who is loyal to his friends, associates and employees — but whose ambition comes before all else."