Who is Judge Jules and what’s his net worth?

JUDGE Jules is the popular radio DJ currently starring in the latest series of Celebrity MasterChef on BBC One.

The Londoner has been in the entertainment industry for over two decades, but how did his career begin and is he married? Here’s all you need to know...

Who is Judge Jules and what's his net worth?

Judge Jules is a British dance music DJ and record producer from London.

He was born on October 26, 1966, and it wasn’t long before the outspoken radio personality grew a passion for all things concerning music.

In 1987, Judge, real name Julius O'Riordan, landed his first big job as a professional DJ at Kiss before moving over to Radio 1 by 1997, where he would go on to helm The Weekend Warm-Up.

Radio listeners adored him as he was one of the few radio personalities willing to play a mixture between commercial and underground tracks - something many DJs weren’t doing at the time.

Another reason why Judge proved to be so popular was because Radio 1’s online connections with the Sirius Satellite Radio meant that fans in the United States and Canada were able to tune in as well.

Judge is well known for launching an endless number of popular trance tunes and acts from the UK, and was deemed as a pioneer for contemporary dance music.

It’s widely believed that many artists send their unreleased tracks to the Londoner, with over 250-300 promo submissions per week.

Throughout his lengthy career, Judge has managed to acquire a number of accolades, including Best DJ by DJ Mag in 1995.

His popularity in the UK saw him land television appearances on shows such as Top Gear, Channel 4's The 11 O'Clock Show and Top of the Pops.

He has a reported net worth of $42million (£34million) according to Celebrity Net Worth.

Judge is now starring on the 2019 series of Celebrity MasterChef on BBC One.

Judge married his longtime partner Amanda O’Riordan in 1998 after settling down in the Highgate area in North London.

The couple are the proud parents of two children - son Jake and daughter Phoebe.

Judge owns a villa in Ibiza and during the summer months, it’s known that the family splits their time between both locations.

In an interview with The Independent in 2012, Judge noted that he's big on the idea of travelling when the opportunity prevails - especially if his wife is coming along.

When asked about his ideal travelling companion, he said: "My wife, Amanda. I get about 200 flights a year and she basically cherry-picks the most glamorous destinations and leaves me to go everywhere else on my own.

"I'm very lucky to travel as much as I do, but it would be a very lonely job without my soulmate." 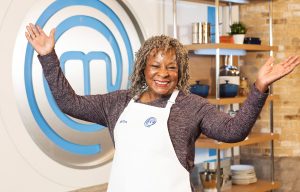 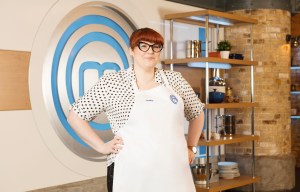 Who is The Chase star Jenny Ryan, when is she on Celebrity MasterChef? 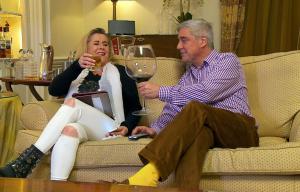 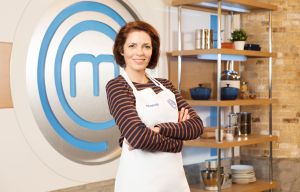 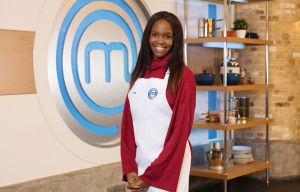 Celebrity MasterChef airs on BBC One - here's who's favourite to win

When is Judge on Celebrity MasterChef?

Judge is one of the contestants on the 14th series of Celebrity MasterChef.

The series started on September 2, with a bunch of celebrities showing off their cooking skills in the hopes of winning the grand prize by the end of the season.

Judge joins the likes of Joey Essex and Oti Mabuse in the cooking competition, but will he be able to be just as good in the kitchen as he is on the microphone?

If you happen to miss any of the episodes, you can catch them again on BBC iPlayer.

The show airs on Mondays, Wednesdays and  Fridays. The Monday and Wednesday episodes are on for a full hour, starting at 9pm and 8pm.

Diego Costa was fined 543 thousand euros for non-payment of taxes. He avoided 6 months in prison
Premier League managers have approved the rule of 5 substitutions per match
If you read this text to the end, you will know more about the game De Bruyne Pep
Marcelo: the Real Madrid Mentality to win in the finals. We always want more
Bale's agent: Gareth is happy at Real Madrid. He wants to provide for himself for life
The salary cap is a post-virus goal of UEFA and the Bundesliga boss. Here's how the limit works in MLS, Rugby and China
Kevin-Prince Boateng on playing in MLS: I will be Mohammad Ali, leading the people
Source https://www.thesun.co.uk/tvandshowbiz/9878551/judge-jules-celebrity-masterchef-married-kids/