AVRIL Haines is Joe Biden's pick for the director of national intelligence in his cabinet for 2021.

President-elect Biden recently unveiled his first cabinet to "reassert" the US as a global leader.

Who is Avril Haines?

She is the first woman to have held the Deputy Director of the Central Intelligence Agency position.

Haines received her bachelor’s degree in physics from the University of Chicago and a law degree from Georgetown University Law Center.

Haines, 51, hails from New York and is married to David Davighi, her former flight instructor from when she took aviation classes during her time at the University of Chicago.

Haines is a brown belt in judo according to yourtango.com.

What will Avril Haines do as director of national intelligence?

On November 24, Biden formally announced his first appointments to his cabinet and senior White House leadership, a national security and foreign policy team.

He appointed Haines as the director of national intelligence.

Biden said his appointments are "a team that reflects the fact that America is back, ready to lead the world, not retreat from it" and said they will "confront our adversaries and not reject allies."

According to the government website, the ODNI works to "lead intelligence integration and forge an intelligence community that delivers the most insightful intelligence possible."

Haines will lead the US' counterterrorism, counterproliferation and counterintelligence efforts.

What other roles has Avril Haines served in?

Haines has led the Transition’s National Security and Foreign Policy Team since its founding in June 2020.

Prior to that time, she served in various roles including Senior Research Scholar at Columbia University; a Senior Fellow at the Johns Hopkins University Applied Physics Laboratory; and a member of the National Commission on Military, National, and Public Service.

She briefly worked a stint for controversial data analytics company Palantir before joining the Brookings Institute as a non-resident fellow.

Why is Avril Haines's nomination significant?

Haines is the first woman to step into the Director of National Intelligence role.

Representative Jim Langevin, a Democrat from Rhode Island who leads the intelligence and emerging threats panel of the House Armed Services Committee, said in a statement:

“From the first time she briefed me on the Intelligence Committee while serving as Deputy Director of the CIA, I have been impressed by Ms. Haines’s candor, insight, and deep policy knowledge, and I know she will do a terrific job as the first woman to lead the intelligence community.”

Biden's other appointments include Antony Blinken as Secretary of State, Alejandro Mayorkas to head the Department of Homeland Security, Linda Thomas-Greenfield as the US Ambassador to the United Nations, and Jake Sullivan as his national security adviser.

The president-elect said while his appointments have "experience in leadership," they also bring "fresh perspectives" from which he pledged to be told "what I need to know, not what I want to know." 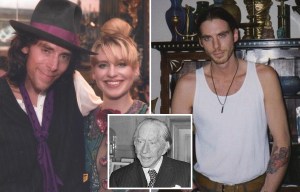 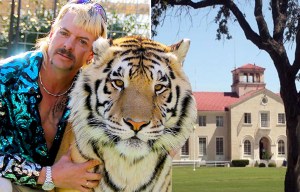 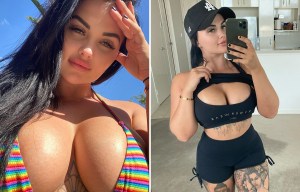 Vice President-elect Kamala Harris also praised the individuals, saying they are the leaders the country needs "to meet the challenges of this moment."

"I have always believed in the nobility of public service, and these Americans embody it," Harris said.

"These women and men are patriots and public servants to their core. And they are leaders, the leaders we need to meet the challenges of this moment. And those that lie ahead."

Brother Chalova moved to the Serbian Subotica
Barcelona will not sign Garcia in the winter due to financial problems
Rodgers on the draw with Everton: It was unlucky that Leicester did not score the second goal
Ancelotti on 1-1 with Leicester: I don't remember Hames scoring with a right before
Andrea Pirlo: In my 1st season at Juve, we were behind Milan, but we took the title. Everything depends on us
The judge made two mistakes. De Gea was pushed and there was no foul on our cancelled-out goal. Solskjaer on the loss to Sheffield
Maguire on the defeat to Sheffield Wednesday: We gave the opponent two goals, we didn't play at the level we expected
Source https://www.thesun.co.uk/news/13290223/joe-biden-avril-haines-director-of-national-intelligence/